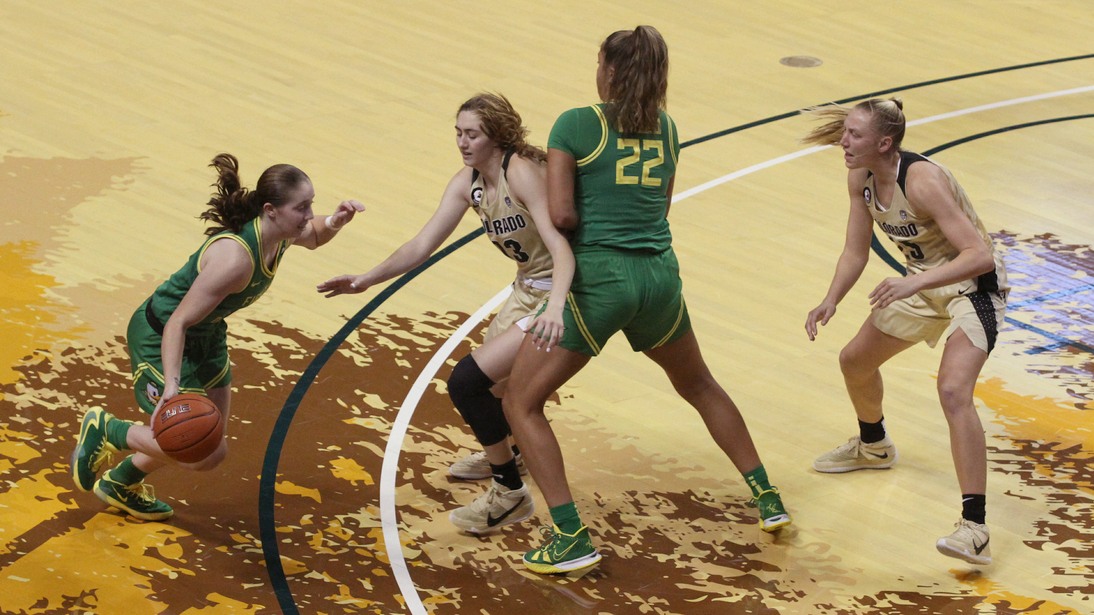 It might have been the earliest a Pac-12 women’s basketball season has ever started, but Oregon looked like it was in mid-season form with an easy win over Colorado 82-53.

With the victory, the Ducks have won 23 straight games going back to last season.

Although it was a 29-point margin, Colorado pushed the Ducks in the first half as it was just 34-26 Oregon at halftime. But the Ducks came out after the break and perhaps played their best overall quarter of the season. Oregon doubled up the Buffaloes in that decisive third quarter 26-13.

“They pushed us and they challenged us and I thought we answered the call,” Oregon coach Kelly Graves said of the Buffs. “I’ve loved how we’ve played in the second half of these last two games. I think we’ve improved in every game.” 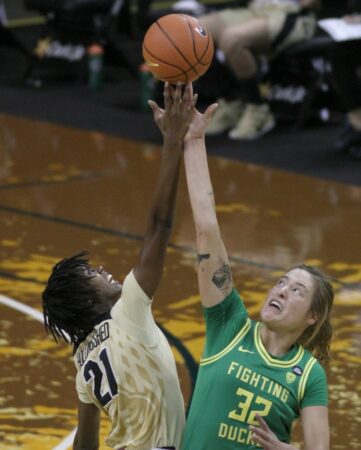 It’s been a different star every game so far and it was Nyara Sabally’s turn to make a major impact on both ends of the floor. She scored the first five points of the contest and wound up with her first career double-double with 20 points and 10 rebounds.

“I thought she was a factor on both ends of the floor. It was great to see her have that kind of game,” Graves said.

Sabally has missed the last two years due to knee injuries and according to her, it’s been hard work getting back onto the court, but she’s looking to take advantage of her opportunity.

I thought it would take a little to get acclimated. It’s been really hard for the last two years,” she said. “It’s been a long journey and it hurt my heart not to be able to be on the court with my teammates.”

In the first two games, Sabally was feeling her way through the game, knocking off some rust. Colorado probably hopes that rust stayed on a little longer, however. Sabally was a load from all areas of the court, including knocking down her first three-pointer. Overall, she was 9-for-9 from the field.

On the defensive end, she was a key part of drawing three early fouls from Buffaloes center Mya Hollingshed. Not only was the all-conference player forced to sit out the majority of the first half, but Sabally’s defense also coaxed her into shooting just 2-of-11 from the floor and just four points. 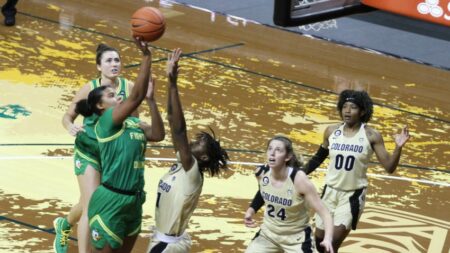 Also showing off some offensive prowess for the first time was point guard Ta’Hina Paopao. The freshman hit three treys, all in the third quarter on her way to 13 points with four assists and three rebounds. In Game 1, it was Taylor Mikesell with the hot hand and in Game 2, it was Erin Boley. It seems like it will be someone else in the next contest and with today’s atmosphere where a player could be out in a blink, it’s nice to have that kind of trait.

“In a crazy year like this, we’re going to need everybody at some point. I think our players have done a wonderful job and have taken this seriously,” Graves said. “I’m glad this is the one year we have a ton of depth.”

Now at 3-0 and 1-0 in conference action, the Ducks get to see who the next bright star will be when they will host Utah on Sunday for a 2 pm tipoff. The game is scheduled to be televised on the Pac-12 Network.