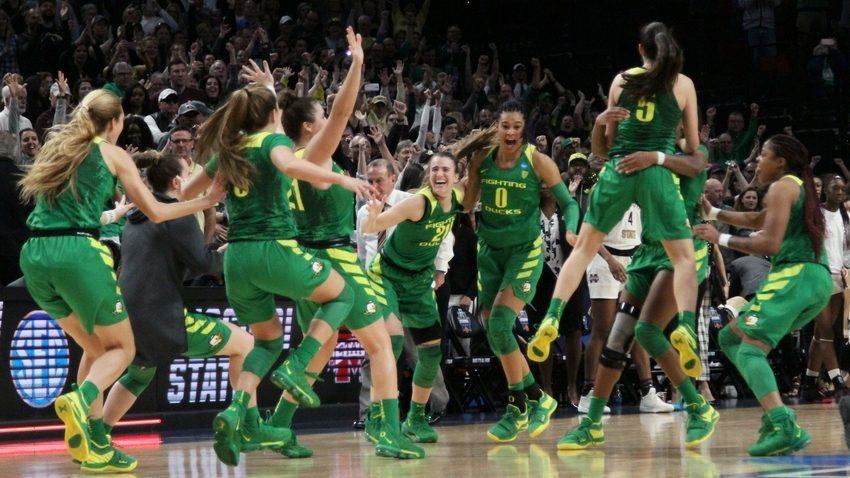 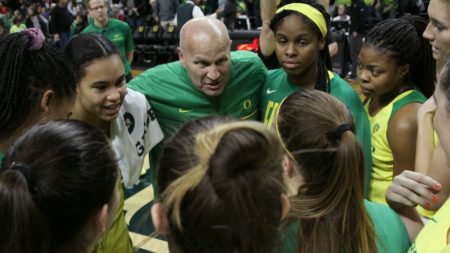 Neither the men’s nor the women’s basketball teams have sought to avoid the astronomical expectations of the upcoming season and neither have either sought to diminish the task by schedule a slate of non-conference patsies. With the Pac-12 schedule only offering a calendar weekend windows until television commitments are finalized, on successive days both programs released the upcoming non-conference docket.

It was widely publicized the Ducks and the national powerhouse UConn Huskies would be starting a home-and-home with Oregon traveling to Storrs in the first leg on Feb 3.

Four additional NCAA teams will dot the 12-game non-conference agenda with a payback visit to Syracuse, a tangle with Louisville in St. Thomas, V.I. in the Paradise Jam and will host two qualifiers at Matthew Knight Arena in the South Dakota State Jackrabbits and the Kansas State Wildcats. Northeastern, Utah State, Texas Southern and UC Riverside will also come to Eugene. A road date with Long Beach State and an exhibition against Corbin University rounds out the non-conference slate.

For the men the party begins with a pair of Mountain West teams coming to town, Fresno State then Boise State.

The Memphis Tigers and second year head coach Penny Hardaway will meet the Ducks at the Moda Center in November in The Phil Knight Invitational and then it’s back home for a pair of teams from Texas, Houton and UT-Arlington.

The tropical breezes aren’t just for the ladies this year as the men will then head to the Bahamas to open the Battle4Atlantis tourney against Seton Hall and then facing the winner of either Southern Mississippi or Gonzaga in what would be – remarkably – the first meeting between the two schools on the hardwood. Win those two and the Ducks square off against the survivor of Michigan, North Carolina, Iowa State or Alabama out of the  other side of the bracket for the championship.

After hosting Hawaii the Ducks tangle with NCAA tournament qualifier Michigan in Ann Arbor before returning home to close out the non-conference season with a three game homes stand, hosting Montana, Texas Southern and Alabama State.