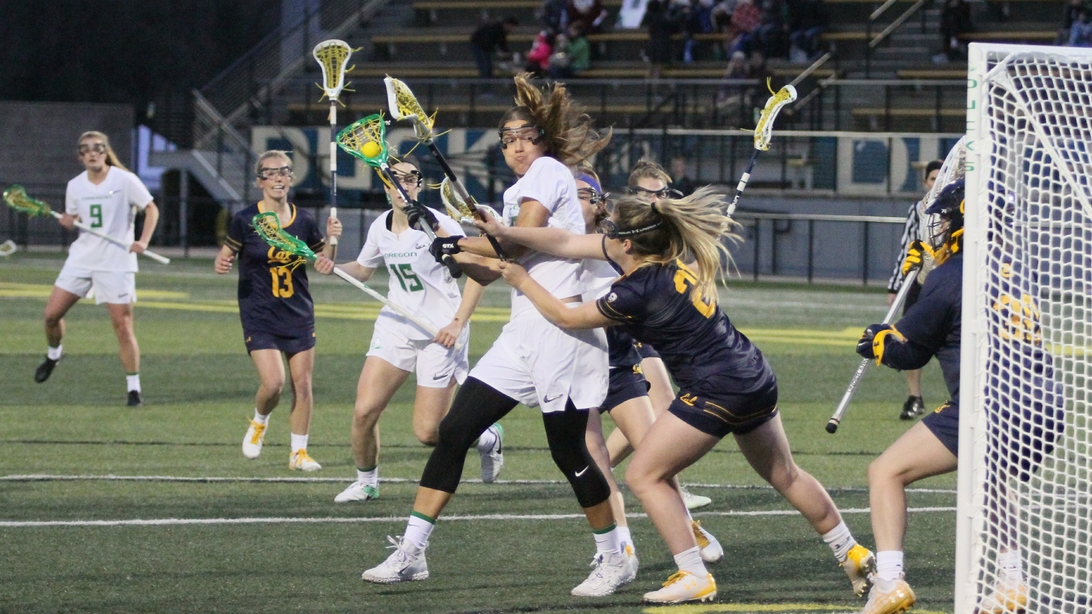 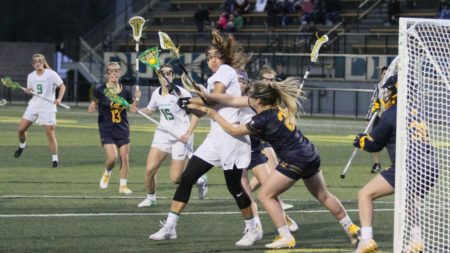 The Oregon Ducks jumped to quick four goal lead and then never trailed in upending California 12-7 at Pape` Field in the first official Pac-12 Conference lacrosse contest in program history.  With Arizona State fielding a team for the first time in 2018, Oregon, California, Stanford, Colorado and USC have left the Mountain Pacific Sports Federation to join forces under the more familiar Pac-12.

And the first goal of that first game belongs to Shannon Williams who beat the California goalie clean from the right side on the Ducks’ first possession.

In rapid succession Natalie Modly, Jill Zubillaga and Mariah Gatti did the same as the Oregon attack found creases in the Bear defense, scoring four goals on four possessions in less than four minutes.

A pair of unassisted goals cut the Oregon lead in half but the Bears would get no closer.

Gatti and Williams each ended up with four goals. Oregon keeper Brittany Read stopped eleven of California’s 18 shots on goal to pick up her third win of the season.

In the new configuration, each team will play a home and home series in a 10-game conference schedule. Up next Oregon hosts Stanford on Sunday beginning at 3:00 pm. The game will be televised on the Pac-12 Networks.
~ Rick Morgan
www.DuckNews.com