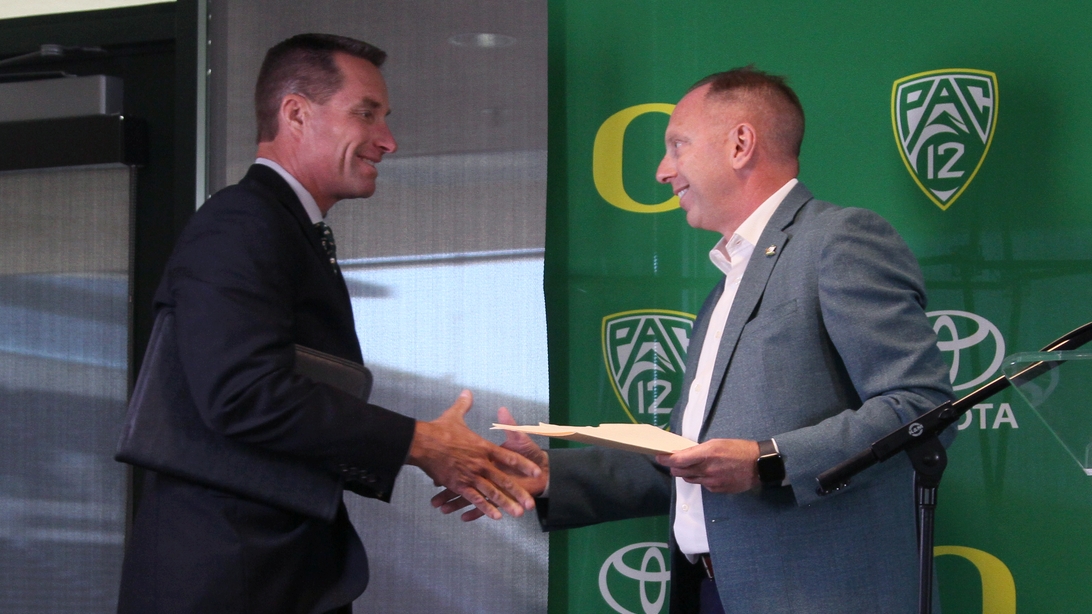 But that was what he was faced with after the Ducks missed the post-season for the fourth straight season and all indicators said it wasn’t going to get better any time soon.

So with a hearty handshake and a thank you for your services message, Mullens decided to let George Horton go. The man tasked with rebuilding the Ducks is a familiar face and someone who been through this before.

Perhaps it shouldn’t be much a surprise to see Wasikowski get the job to replace Horton. He was in Eugene for five seasons as Horton’s right-hand man and those were the most successful five seasons in the Duck baseball program. Oregon made the playoffs in all five of those season and made it to the Super Regional once.

Coach “Waz” went to Purdue after leaving Oregon and performed a miraculous turn-around for the Boilermaker program.

Before Wasikowski arrived on the scene, Purdue never experienced any kind of success on the baseball diamond this century. They mustered up a grand total of 10 wins the year before Wasikowski took that job. In his first season, he led Purdue to a 29-win season, which he followed up with a 39-win season and the Boilermakers’ third ever regional appearance and just their second post-season berth since 1982.

Purdue fell off this season with a 20-34 overall record, but they were ravaged by injuries and personnel turnover. He finished his three years in West Lafayette with an 87-82 record.

Now Wasikowski must face some of the same obstacles in Eugene that he was able to overcome at Purdue. With the Ducks’ facilities and resources, one would think those obstacles won’t be quite as high.

But he will need to build some kind of baseball culture at Oregon and mold the Ducks into something of his own. As long as it’s a winning culture that includes post-season appearances and maybe a trip to Omaha here and there, Duck fans will be all over it.