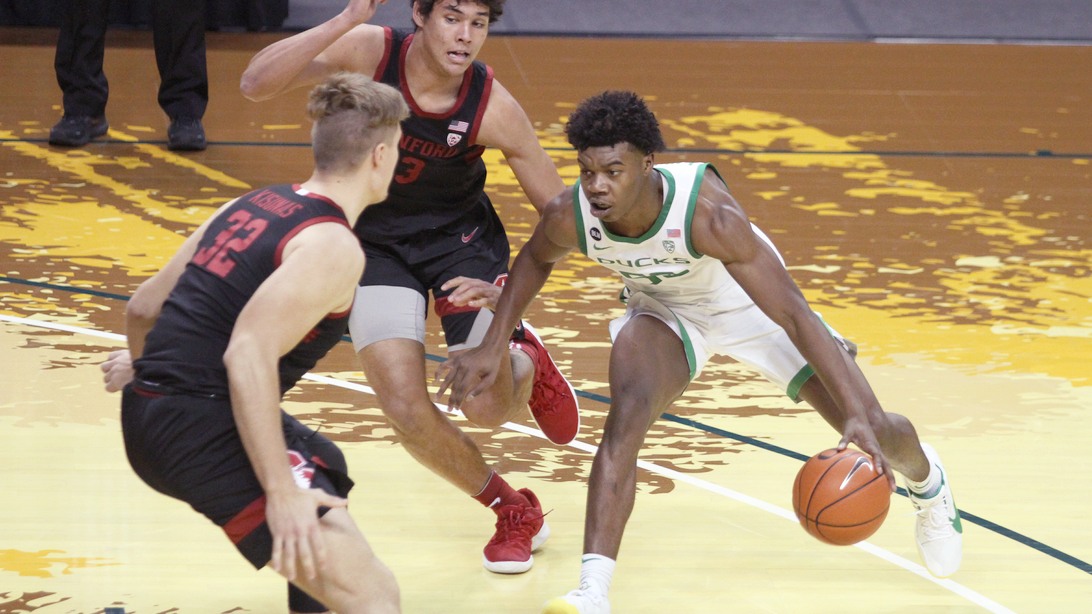 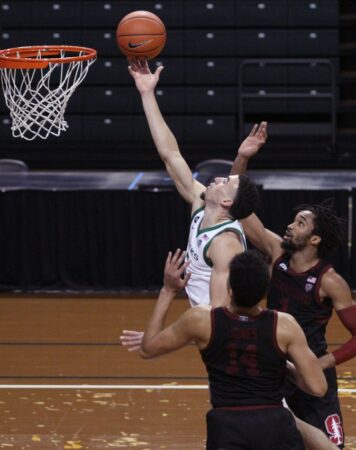 When Oregon is hitting its threes, the Ducks are nearly impossible to beat.

Stanford found this out the hard way as the Ducks nailed 10 threes in the second half to cruise to a 73-56 win inside Matthew Knight Arena. The victory was Oregon’s 27th straight home win and its eighth in a row for the season.

It was a tale of two halves as the Ducks trailed 32-30 at halftime, but came out firing on all cylinders by outscoring Stanford 43-24 for the second half.

Chris Duarte led the Ducks with 23 points and Eugene Omoruyi added 15 points. Eric Williams, Jr. scored 12 and with his best overall game of the season, LJ Figueroa poured in 13 points and grabbed 12 rebounds. 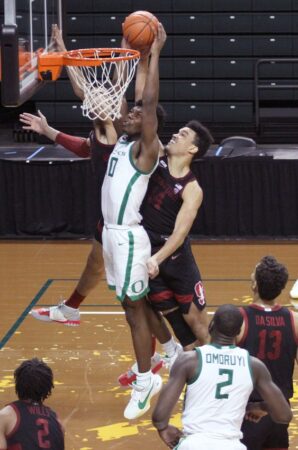 Oregon was 13-of-33 from long range. Those 33 three-point attempts might be more than Dana Altman prepares for in the offensive game plan, but they were falling, at least in the second half they were.

What di translate from half to half was the Ducks’ defensive effort.

Stanford was forced into 19 turnovers for the game and shot just 21-of-52 from the field, including 3-of-18 from long range. Oregon wasn’t exactly lighting it up on its end of the floor. The Ducks shot 28-of-66 from the field (42 percent), but they did shoot 16-of-33 in the second half.

Now for the first time in almost a month, the Ducks will take to the road when they make the difficult trip to Colorado (Jan. 7) and Utah (Jan. 9). The Buffaloes are 7-3 overall and 1-2 in conference action after a 65-62 loss to UCLA.