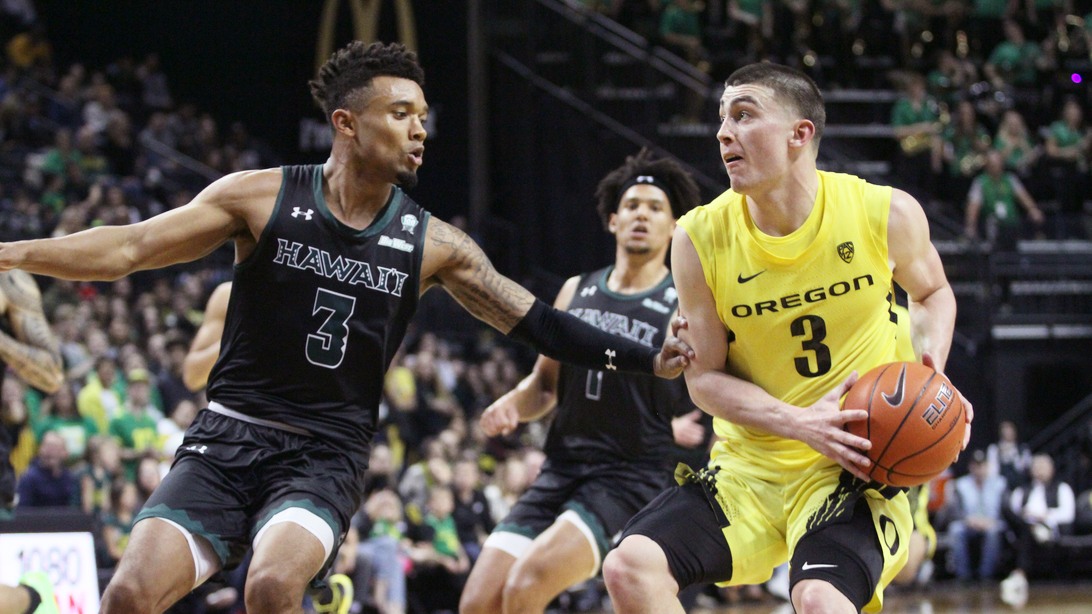 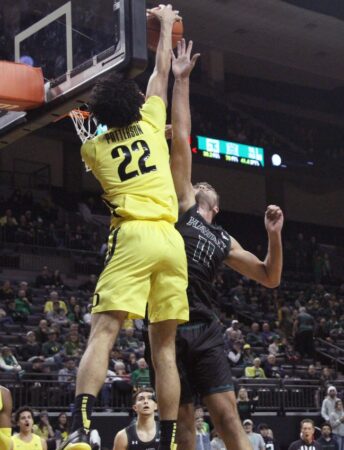 This was a tie game at halftime. Really, it was.

Oregon and Hawaii were knotted up 34-34 at the halftime break, but then the Ducks opened the second half with a 20-1 run and cruised to an 89-64 win over the Rainbow Warriors in front of 6,599 inside Matthew Knight Arena.

It was a nice win for a team that was coming off the Battle 4 Atlantis tourney in the Bahamas with two close losses to Top 10 teams. Oregon improved to 7-2 for the season, while Hawaii fell to 6-3.

Payton Pritchard showed why he is a contender for the Pac-12 Player of the Year as he scored 20 points and dished out 11 assists. A lot of those dimes went to freshman CJ Walker, who continues to improve game after game. Walker poured in 18 points on 8-of-10 shooting from the floor.

Hawaii guard Eddie Stansbury led his team with 24 points with seven three-pointers. Much of Hawaii’s first half output came from long distance as they were 7-of-15 from the arc in the first 20 minutes. But those shots didn’t quite find the mark after the break as they went 5-of-15, much of those coming when the game was well in hand.

Defense must have been the topic of the halftime discussion in the Oregon locker room because the Ducks held Hawaii to without a field goal for the first seven minutes. Dawson Carper’s lay-in with 13:04 finally ended Oregon’s run, but it was 54-37 Ducks and unless the proverbial roof caved in, Oregon was going to win.

Will Richardson came off the bench to score 16, Anthony Mathis added 11 and Addison Patterson poured in 10. Oregon had to feel relieved seeing Mathis hit a trio of threes tonight after suffering from a bit of a slump last week . The senior was 1-of-12 from long range after starting the season red hot.

The schedule doesn’t get any easier as the Ducks have a week to prepare for a true road game Dec. 14 at No. 4 Michigan, the team that won the tournament in the Bahamas. Oregon will have a key addition to the roster, however. N’Faly Dante, a 6-11 center and one of the top recruits last season was declared eligible by the NCAA. Having a possible dominating and big post presence is something the Ducks have been missing this season.