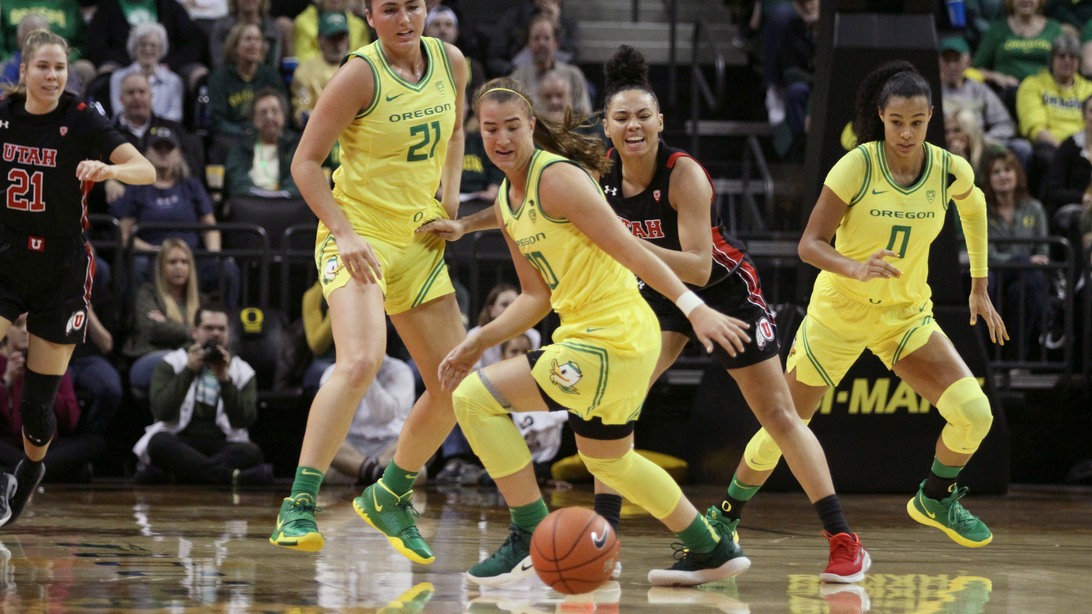 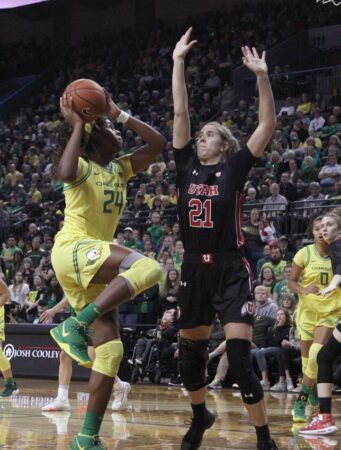 One hundred ninety-two to ninety seven. That’s the cumulative score of the opening weekend of Pac-12 play for  the 2nd-ranked Oregon Ducks after dispatching Utah 88-51 Sunday afternoon at Matthew Knight Arena.

Completing the weekend sweep of the mountain schools after a 104-45 romp over Colorado in Friday’s home opener, Oregon slapped the worst loss in 26 years on Utah as a second act.

In something of a departure from the six guns blazing offensive approach of a year ago, the Ducks are fueling their offense with an active and relentless defensive mindset sparked in large measure by the court savvy of senior transfer Minyon Moore.

By adding a mix of half court and 3/4 court traps along with the end line to end line “in your face” ball defense of Moore, Oregon head coach Kelly Graves and his team are better able to dictate the tempo at which the game is played.

In the case of both Colorado on Friday night and then again on Sunday afternoon against Utah  that tempo was more than either could match. Way, way more.

“I thought we were really dialed in,” Graves said. “I think where we’ve made the biggest strides in the last few weeks is on the defensive end. We are making it difficult for teams to get comfortable. We’re getting turnovers and that is allowing us to get out – I think we’re as good as any team in the country in transition and look at our points off turnovers tonight … I think we’re on point. I think our kids are doing a really good job of communicating our changing defenses. We are really trying to change it up a lot.”

After forcing 21 turnovers against the Buffs, Oregon turned 20 Utah miscues into 29 points and after struggling some with her shot in the non-conference season, 17 of those points came from Moore – a season high.

“She just has so much bulldog in her,”Graves said of his point guard. “She’s just tough …just tough as nails.”

Sabrina Ionescu’s 17 points joined Moore for the team lead while Ruthy Hebard added her seventh double-double of the year with 13 points and 12 boards.

Conference play takes to the road now for the Ducks with the Arizona schools on the docket for week two. The Sun Devils are up first with a 5:00 pm tip on Friday, then Arizona on Sunday at 11:00 am. Both games will be carried on the Pac-12 Networks.