Razorbacks Hold Off Ducks at Finish

HomeFeaturedRazorbacks Hold Off Ducks at Finish

Razorbacks Hold Off Ducks at Finish 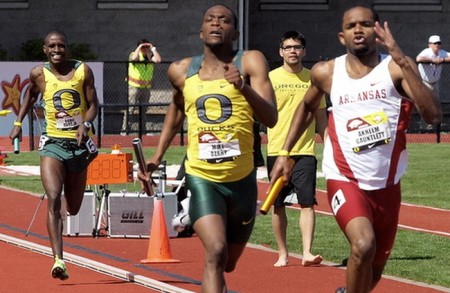 The Arkansas Razorbacks escaped with an 86-77 win over the Oregon Ducks in a dual meet Saturday at Hayward Field.

The second ranked Razorbacks trailed the fourth ranked Ducks 17-1 after the opening events Friday night. Oregon won the hammer throw (Greg Skipper, 206’-0”) and the 5,000m (Parker Stinson, 13:59.83) to give the Ducks the early advantage.

For much of Saturday it appeared as though the Ducks would be the first to score the 82 points necessary to win the meet.

Moments later Mike Berry claimed the 400m in 45.92 while Sam Crouser was putting together an impressive double, winning the discus with a final toss of 174’-02” and then the javelin, launching a monster 240’-07” to win the event by 36 feet over his nearest rival..

But the Razorbacks closed quickly in the jumps, sweeping the high jump, winning the long and triple jumps and the pole vault to take an 81-77 lead with only the 4X400m relay left to compete. The five first place points at stake would be decisive.

The teams were side by side for the first two legs, but Arkansas was able to open 10 yard lead midway through the third leg. Oregon’s Jack Galprin fought back to within a stride by the handoff and the two anchors headed into the bell lap nearly even.

After securing the baton, Akheem Gauntlett immediately moved to the inside, effectively blocking Oregon’s Mike Berry from slipping by on the opening turn then held the advantage through the Bowerman turn and into the home stretch.

“Kudos to Arkansas to come in here and compete the way they did,” said Oregon head coach Robert Johnson. “It was a disappointing way to end the meet on the loss in the 4×400, but it was a very exciting track meet.”

Berry had been sick after his winning effort in the 400m and was disappointed to have come up short at the finish.

Despite the illness, Johnson had no regrets putting the baton in Berry’s hands for the final lap.

I’ll take that any of the day of the week and twice on Sundays,” Johnson said. “Mike is a stalwart … giving him the stick on the anchor, I’ll feel comfortable with that every day, all day. I wouldn’t change a thing.” 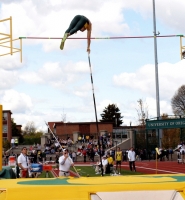 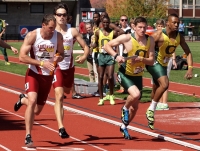 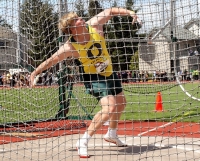