HomeFeaturedOut of the Pac – Week Two 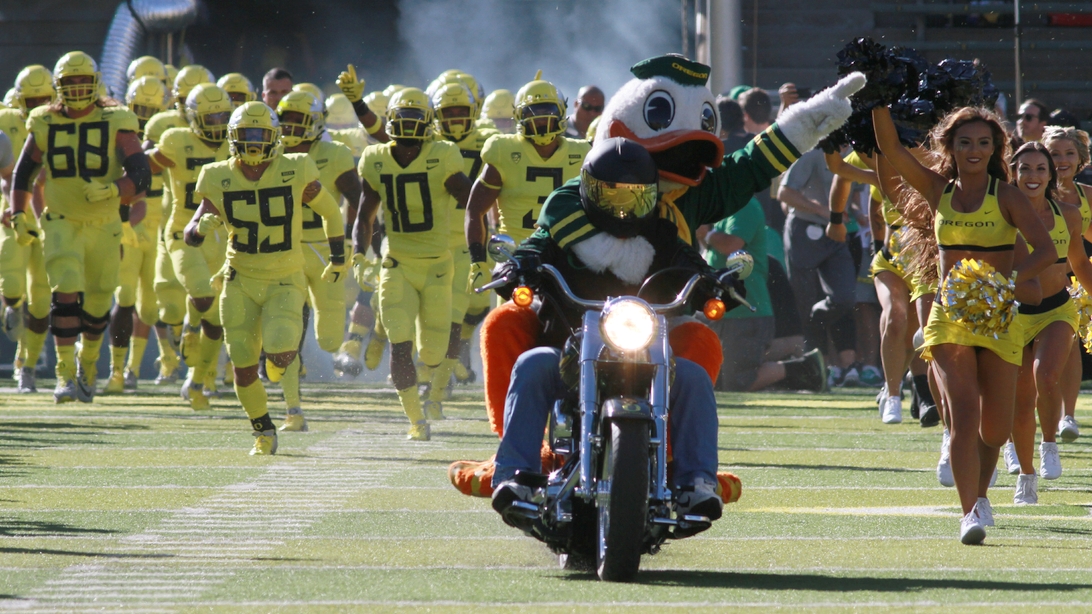 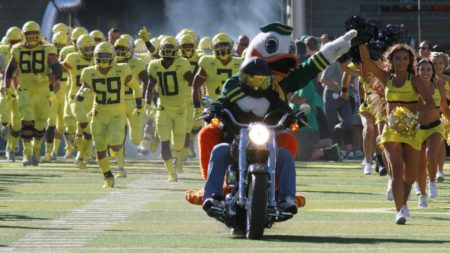 An 8-4 outing with the picks in week one gets the season off to a decent start. A full slate of action lies ahead on Saturday with Pac-12 Conference play getting underway in Palo Alto with the Cardinal hosting USC. The rest of the conference will wait another couple of weeks before beating up on each other but before that fun begins, a quick review of the results from week one and the picks for week two.

Friday, Aug 31
Stanford 31 – San Diego State 10 (pick: Stanford 44-17)
Heisman favorite Bryce Love was held to 29 yards on 18 carries by the Aztecs but San Diego State had no answer for Cardinal quarterback K.J. Costello who completed 21 of 31 with four TD’s, three to senior wide out J.J. Arcega-Whiteside.

Colorado 45 – Colorado State 13 (pick: Colorado State 27-24)
The Buffaloes stampeded past Colorado State with a 21 point first quarter and held the Rams to a single touchdown. Colorado quarterback Steven Montez was sharp, connecting 22 times in 25 attempts for 338 yards and four scores.

Saturday, Sep 01
Ohio State 77 – Oregon State 31 (pick: Ohio State 55-13)
On the one hand – not many expected the Beavers to score 31 points so take that as a positive first step for new head coach Jonathon Smith. On the other hand the Benny defense is frightful.

Auburn 21 – Washington 16 (pick: Washington 27-21)
Give the Huskies credit for making the trip and for a decent showing in what was essentially a home game for the Tigers. Question – when will the SEC send a team out west to a neutral site match-up… say USC and LSU in the new stadium in Las Vegas or maybe Washington State vs. Alabama in Century Link field??? Not in my lifetime…. so again, give the Huskies and the Pac-12 as a whole a full measure of credit for taking the games. Still, a win for the conference remains out of reach.

Washington State 41 – Wyoming 19 (pick: Washington State 33-31)
Eastern Carolina graduate transfer Gardner Minshew has taken the helm in Mike Leach’s offense in a year that has the Cougs at a difficult crossroad. The graduation of Luke Falk and the tragic loss of Tyler Helsinki created a void at the position and Minshew so far at least seems up to the task, torching the Cowboy defense for 319 yards and three scores, completing 38 of 57 attempts. James Williams added 82 yards rushing and a score on 16 carries in addition to snagging 10 receptions for 53 yards and one of those Minshew TD’s.

USC 43 – UNLV 21 (pick: USC 44-21)
The Runnin’ Rebels were within five points at 14-19 well into the third quarter before surrendering 27 fourth quarter points to the Trojans in Los Angeles. True freshman quarterback J.T. Daniels completed 22 of 35 attempts for USC, for 282 yards and a score.

California 24 – North Carolina 17 (pick: California 28-23)
After taking a 24-3 lead into the fourth quarter, the Bears coughed up 14 points to the Tar Heels to make the final margin much closer than it needed to be. Cal head coach Justin Wilcox used a three-man rotation at quarterback with the trio combining for 119 yards passing, completing 16 of 32 attempts. Four interceptions by the Bear defense highlighted the win in Berkeley.

Cincinnati 26 – UCLA 17  (pick: UCLA 33-23)
A tough day for the Chipsters… a safety and a late touchdown by the Bearcats spoiled Kelly’s UCLA debut. Things only get worse in week two.

Arizona State 49 – UTSA 7 (pick: Arizona State 45-21)
The Herm Edwards era gets underway on the right foot in Tempe. The Roadrunners were blanked by the Sun Devil defense until less than six minutes remained in the game and were held to two – count ‘em one, two… yards rushing.

BYU 28 – Arizona 23 (pick: Arizona 36-28)
BYU took a page out of Oregon’s defensive playbook last year against Arizona quarterback Khalil Tate – keep contain and make the defending Pac-12 Offensive Player of the Year beat you with his arm. He couldn’t, completing 17 of 34 for 197 yards and a score. On the ground, Tate was held to 14 yards on eight carries and was sacked once.

Oregon 58 – Bowling Green 24 (pick: Oregon 58-10)
Go back and take another look at each of Justin Herbert’s five TD tosses… it is my firmly held believe you cannot throw a football any better than he did – in particular the toss to Dillon Mitchell. Rolling right, Herbert hits Mitchell in the hands against the back end line… absolutely spectacular arm on that kid.

Saturday, Sep 08
Arizona @ Houston
Basically a home field and/or field goal margin for error in this titanic clash between two programs struggling to escape the middle of the pack – or worse – in their respective conferences.  Houston by that 3 point margin – 37-34

UCLA @ Oklahoma
Jim Mora never fulfilled the Bruins’ potential on the recruiting trail and now Chip Kelly is seeing just how empty the cupboard was beyond the graduated Josh Rosen and just how bare that cupboard in with Rosen gone and Kelly left to rebuild. Kelly is more aware than anyone that won’t happen overnight and it is unlikely to start in Norman. Sooners by a lot 44-17.

Colorado @ Nebraska
Nebraska fans were torqued about their home opener against Akron being cancelled due to thunderstorms in the Lincoln area last Saturday, so it will be a rematch of what was a terrific Big12 rivalry that will serve as the debut for Scott Frost as head coach at his alma mater.  Another home field/field goal type game but with the Buffaloes having been able to shake the rust off a week ago in the win over Colorado State, Colorado has the slight advantage in Lincoln. Let call it Colorado 32-27.

North Dakota @ Washington
If there was a mismatch worse than Oregon vs. Portland State this is it. Huskies 85-10.

Utah @ Northern Illinois
A bit of trap game for the Utes. Northern Illinois lost 33-7 to Iowa in their opener but finished 2017 with an 8-5 record including a 21-17 win over the Huskers in Lincoln, so an upset isn’t completely out of the realm of possibilities. Particularly in DeKalb where the Salukis lost only once. The Utes are favored by more than 10 points but that could be too many. Utah 30-26.

Southern Utah @ Oregon State
The one and only chance for a “W” in 2018 for the Beavs? Probably. As George Harrison used to sing “you know it don’t come easy” – a fired up Southern Utah team keeps it close for a bit but falls in the end 38-24.

USC @ Stanford
A freshman quarterback for the Trojans starting his first collegiate road game on the Farm… while there are a lot of reasons to think USC will be in the mix of the conference race, history is littered with the wreckage of Pac-12 quarterbacks tossed to the rocks in their conference road debut. It’s a different animal… and the nod then has to go to the Cardinal 31-21.

California @ BYU
The Bears may end up being the surprise team of the conference in 2018. Head coach Justin Wilcox still has plenty to sort out offensively but his defensive unit looks capable of disrupting an offensive game plan in a number of different ways. BYU is favored by a field goal at home as they probably should be after dropping Arizona in Tucson last Saturday. The pick, however is the other way… Bears sneak out of Provo with a 28-19 win to improve to 2-0.

Michigan State @ Arizona State
An upset of the 15th ranked Spartans wouldn’t be a complete surprise. Year in and year out Arizona State has as much talent on their roster as anyone but for any number of reasons has never quite been able to get all the oars rowing in the same direction at the same time. Against UT-San Antonio last weekend, the Sun Devils kicked out the jams a bit and if they do that again Saturday they come away with a 37-33 upset.

San Jose State @ Washington State
The Spartans are going to get clocked… 58-10. And then they play Oregon.

Portland State @ Oregon
A mismatch of biblical proportion… if the Ducks aren’t four deep into their depth chart by the second half kick-off it will be a surprise. Ducks romp 65-10.