Out of the Pac – Week Three

HomeFeaturedOut of the Pac – Week Three 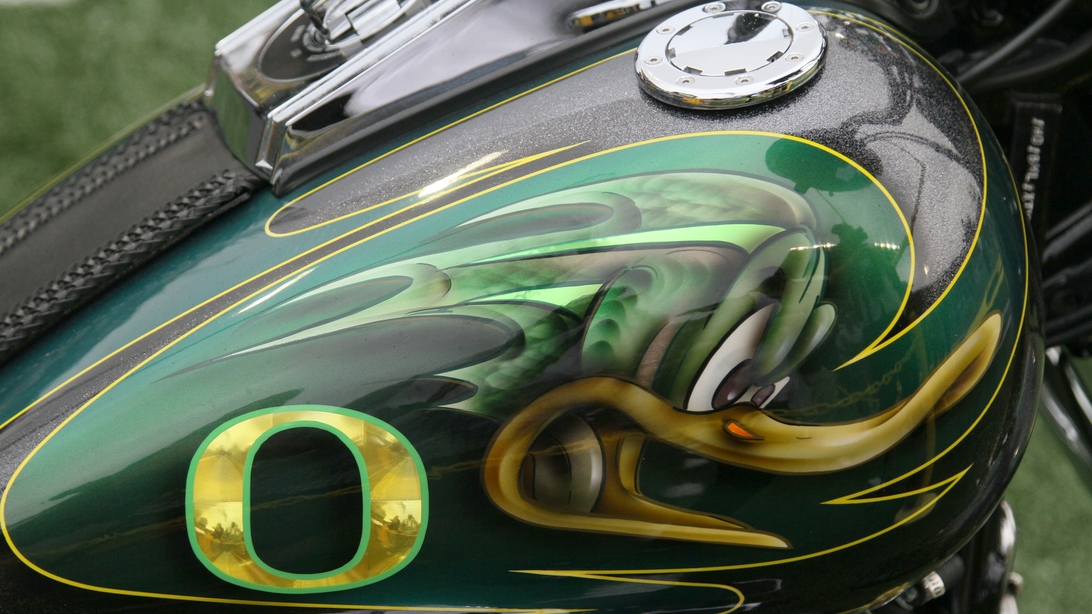 Out of the Pac – Week Three 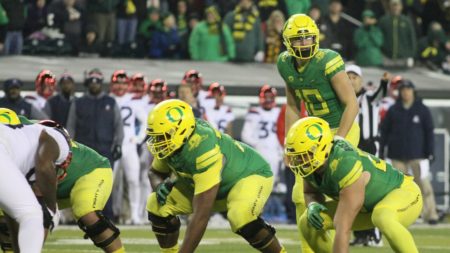 Friday, September 6
Arizona State 19 – Sacramento State 7 (pick: ASU 55-13)
Jayden Daniels tossed for 304 yards and a touchdown but it was the ASU place kicker Christian Zendejas who was the real offensive threat, kicking four field goals in a game that left unanswered the lingering questions about the 2019 Sun Devils and possibly raised a few more.

Saturday, September 7
Utah 35 – Northern Illinois 17 (pick: Utah 38-10)
The Huskies opened the scoring then watched Utah put 21 second quarter points on the board to take control of the game. The Utes’ dynamic duo of Tyler Huntley at quarterback and Zach Moss at running back weren’t spectacular but with a defense that only allowed Northern Illinois 67 yards rushing they didn’t need to be.

Colorado 34 – Nebraska 31 (pick: Colorado 38-27)
Trailing at the half 17-0, Colorado out scored Nebraska 31-14 after the break and then won the game with a 34-yard field goal in overtime by James Stefanou. With the first possession in overtime the Huskers missed a 48 yard attempt to set the stage for the victory celebration in Boulder.

California 20 – Washington 19 (pick: Washington 31-18)
Lightening has struck twice for the head coach Justin Wilcox and the California Bears. After upsetting the Huskies a year ago in Berkeley, California shocked the Huskies on their home turf with a clutch nine play, 74-yard drive to set up Greg Thomas’ 17-yard game winning field goal with eight seconds left in the ball game.

USC 45 – Stanford 20 (pick: Stanford 27-22)
Without starting quarterback K.J. Costello, the Stanford Cardinal opened up a 20-10 second quarter lead on the Trojans only to give up 35 unanswered points.

Hawai’i 31 – Oregon State 28 (pick: Hawai’i 48-28)
An efficient offense and steady defense gave the Benny’s a 28-21 lead at the half but the Rainbow Warriors blanked Oregon State in the last two quarters to pull even at 28 with a touchdown in the third and the game winning field goal with 2:18 remaining in the fourth. Oregon State’s Jordan Choukar had a chance to tie from 59 yards out with just over a minute remaining but was short on the attempt.

Oregon 77 – Nevada 6 (pick: Oregon 48-18)
It may have taken a couple of drives to iron out the wrinkles but once Justin Herbert and the Oregon offense found the ignition switch there wasn’t much Nevada could do. The Ducks offense looked crisp, disciplined and most of all lethal in shellacking the Wolfpack and any time the defense keeps a team out of the end zone it’s worth a shout.

Friday, September 13
Washington State @ Houston
A dangerous match-up for Mike Leach and Washington State. Houston gave the 4th-ranked Oklahoma Sooners a handful before succumbing 49-31 on opening day, then pummeled Prairie View A&M 37-17 in their home opener while the Pullman Cougars cruised to a pair of 40+ point victories at home. In their first road test against a prolific team on their home field, the WSU defense will be tested. Washington State is favored by 8.5 points but that’s too much – an upset wouldn’t surprise but the pick is WSU by a field goal 38-35.

Saturday, September 14
Air Force @ Colorado
Each is undefeated but with the home field advantage and the momentum from the overtime win against Nebraska still filling their sails, the Buffs come away with a 33-21 win over the Falcons.

Stanford @ UCF
The Knights of UCF deserve their status as better than a touchdown favorite in their matchup against Stanford. Impressive in two previous outings, UCF scores points in bunches, they will be hosting a Power 5 conference foe on their home turf and over the past couple of seasons have dispatched nearly every opponent they’ve faced. The Cardinal do create match-up issues with their size and physicality offensively but it will be on defense that Stanford will have to make the most progress if they hope to return to Palo Alto without a second straight loss. Head coach David Shaw is a master at finding a way to win a ballgame he needs to turn things around and with quarterback K.J. Costello expected to be available, a 36-33 upset sets the stage for Stanford to fly back across the country to host Oregon in a northern division showdown in week four.

USC @ BYU
There is no denying the Trojans looked like a different team against Stanford than they did against Fresno State in week one. Freshman quarterback Kedon Slovis was spectacular in his first career start and will need to be sharp once again if USC is to escape Provo with a win. Not to say that the Men of Troy are back… they’ve always had the athletes necessary; for USC it always has been a matter of putting things together week after week in recent years… but for this week at least they do. USC 38-21

Arizona State @ Michigan State
We are about to see the true Sun Devils. Michigan State will win the game but in the process Arizona State will either step up to the challenge of playing Sparty in East Lansing or will find themselves once again out too far over their skis. Either result could have season lasting ramifications. As good a coach as Herm Edwards may be, he just don’t have the horses. Michigan State 31-18

Idaho State @ Utah
Show and tell time for the Utes… everybody plays, everybody scores…. Utah 55-10

North Texas @ California
After knocking off northern division favorite Washington for the second straight year, the Bears return to Strawberry Canyon to continue the celebration another week. Cal 44-24

Cal Poly @ Oregon State
Now or never for the Bennys. Win Saturday or face the prospects of a winless 2019 campaign – and yes that is even with UCLA on the schedule. Lack of depth defensively has been Oregon State’s Achilles heel and injuries during fall camp and the first two weeks of the season will necessitate a lot of young faces taking snaps against the Mustangs. Fortunately the Beaver offense has demonstrated it can put points on the board and will have every opportunity to do so this Saturday. Oregon State 41-24

Hawai’i @ Washington
The Huskies are favored by better than three touchdowns which seems to be a bit much. Washington struggled mightily on offense against the Bears in week two and while they did put up 47 points in the opener against Eastern Washington, the trend on Montlake for the past couple of seasons has been to rely more on defense than offense to win ballgames. It’s a formula Chris Petersen has used successfully in the past and may well provide the winning margin against the Rainbow Warriors. But the Huskies better beware, if they aren’t able to shut down the Hawaii passing game it could be a long day. The more likely result is something in between… Washington 37-27

Oklahoma @ UCLA
The rumblings in Westwood will only grow louder after the Bruins get shellacked 47-18 by the fourth-ranked Sooners.

Texas Tech @ Arizona
As noted above one week ago the Wildcats gave up 41 points to Northern Arizona, an FCS program that is considered anything but a powerhouse in the Big Sky conference. Texas Tech isn’t necessarily a heavyweight in the Big 12 but they have more firepower than the Lumberjacks by a mile and if the Arizona defense can’t come up with a better game plane they will be run out of their own stadium by the Red Raiders. Given what’s been seen of the Wildcats to this point, that’s by far the most likely result. Texas Tech 55 – Arizona 32

Montana @ Oregon
If the Ducks want to break the Autzen scoring record they tied in last week’s 77-6 win over Nevada, they will certainly have every chance to do so. More probably the second half will see the Ducks depth chart in full and Oregon will head into Pac-12 play with a 63-13 win over the Grizzlies.