HomeFeaturedOut of the Pac – Week Ten 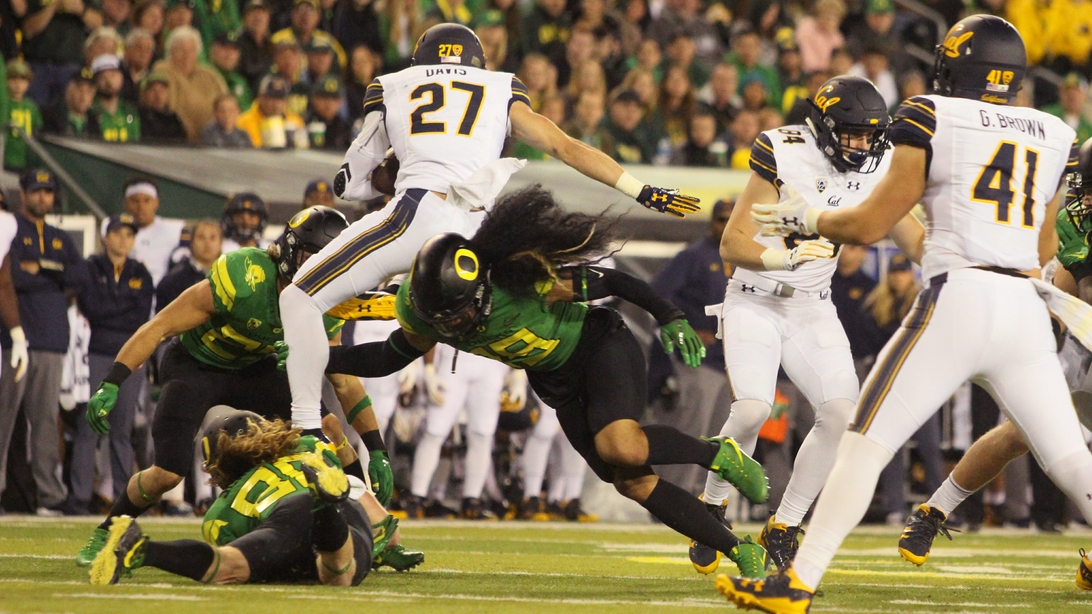 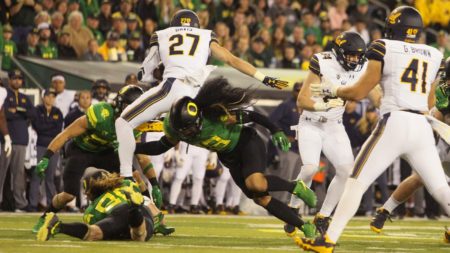 Two to the good and four lumps on the noggin in week nine puts the season tally at 46-18 with the opportunity for much more damage to be done laying straight ahead in week number 10. Colorado and Arizona pop the cork on the weekend festivities in Tucson on Friday night. First a recap last week’s mayhem.

Friday, Oct 26
Utah 41 – UCLA 10 (pick: Utah 38-21)
Utah running back Zack Moss shredded the Chipster defense for 211 yards and three touchdowns on 26 carries to put the Utes is the driver’s seat in the Pac-12 South. All told, Utah rolled up 325 yards against the Bruins to improve to 6-2 overall and 4-2 in conference. UCLA didn’t help their cause with three turnovers.

Saturday, Oct 27
California 12 – Washington 10 (pick: Washington 31-27)
Was it that the Bears’ 49-7 shellacking of Oregon State the week gave California a mid-season jolt of confidence or are the Huskies just not that good? Probably a little of the former and more of the latter but no one saw this coming. And it was just the first of many.

Washington State 41 – Stanford 38 (pick: Washington State 33-28)
Give credit where credit is due… Washington State spotted the Trees a 28-17 halftime lead and trailed 31-24 late in the third quarter. A 17-point fourth capped by Blake Mazza’s 42-yard field goal with 19 ticks left on the clock put the Cougs front and center in the Pac-12 North.

Arizona State 38 – USC 35 (pick: USC 25-24)
The Sun Devils led 24-7 with less than five minutes remaining in the first half then had to hold on for dear life to escape the Coliseum with a 38-35 win over USC, snapping the Trojans’ 19-game home winning streak. N’Keal Harry caught a 44-yard TD pass and returned a punt 92 yards for a score for Arizona State.

Oregon State 41 – Colorado 34 (OT) (pick: Colorado 48-13)
The day was following the expected script for the opening 30 minutes. With Colorado leading 24-3 at recess, the teams exchanged touchdowns in the third quarter. Then Boulder slipped into the Twilight Zone and out of the chaos the Benny’s emerged with their first conference road win since 2014, outscoring the Buffs 31-3 the rest of the way. OSU’s Jake Lutton was the star but had help from a trio of receivers but in particular Isaiah Hodgins, His 8-yard reception on fourth-and-2 that got the Beavers to within three points of Colorado at 31-28. Ralphie couldn’t stop them from there.

Arizona 44 – Oregon 15 (pick: Oregon 42-23)
A truly dispiriting performance for the Ducks. Injuries have taken a toll and the coaches around the league have enough tape after eight games to have a pretty solid picture of what Oregon wants to do offensively. Lack of depth at receiver and youth at running back – despite flashes of good play in the early part of the season has proven harder to replicate deep into the conference schedule. Add to the mix that Pullman and Tucson could well be the toughest back-to-back road grind in the Pac-12 and it probably isn’t all that surprising the Ducks find themselves with a “must win” situation in the return of Chip Kelly.

Friday, Nov 02
Colorado @ Arizona
Two teams on divergent paths… Arizona ascending with a through thumping of the Ducks, Colorado cratering in their loss to the Beavers. In Tucson the nod is for the Wildcats, 38-28

Saturday, Nov 03
Stanford @ Washington
More because of the Huskies’ struggles than Stanford’s resiliency the pick will go with visitor. Washington just hasn’t seemed to find a way to make things click on a consistent basis this season. While the Cardinal have been a bit of a yo-yo themselves, their formula and David Shaw’s culture of tenacity is well suited to spoil the afternoon on Montlake. Trees 33-24

USC @ Oregon State
Timing – they say – is everything. Had the upset pick one week early having gone with Oregon State over California in week nine and on the heels of that clunker figured the Benny’s would end up under Ralphies’ hooves in Boulder. That didn’t happen either. And the Trojans have been a mess. The upset pick would be easier if USC weren’t returning both starting linebacker Cameron Smith and quarterback J.T. Daniels but stepping fearlessly out on that limb, Oregon State 38-31.

Utah @ Arizona State
Kyle Whittingham and the Utes have made something of a practice of playing the wrecking ball early in the campaign then falter down the stretch. A similar script looks less likely in 2018 primarily because of more consistent production offensively. Quarterback Tyler Huntley and running back Zack Moss give Utah a balanced attack that never quite seemed to gel in the recent past. Averaging better than 31 points a game and holding the opposition to less than 17 is formula for success at home and especially on the road. Utah 35-27

California @ Washington State
To beat Washington State you will have to outscore them. As well as the California defense played in limiting the Huskies to 10 points, the Cougs are a whole ‘nother matter. The Bears just don’t have the capability of putting 27 points or so on the board against an under-rated WSU defense and the Cougs will find at least that many points by the half. WSU 42-18.

UCLA @ Oregon
A much welcome dose of home cooking and the return of a couple of injured Ducks spoils the return of Chip Kelly and the UCLA Bruins. Avoid turnovers and create a couple takeaways for a 33-24 homecoming win.