Out of the Pac – Week Six

HomeFeaturedOut of the Pac – Week Six 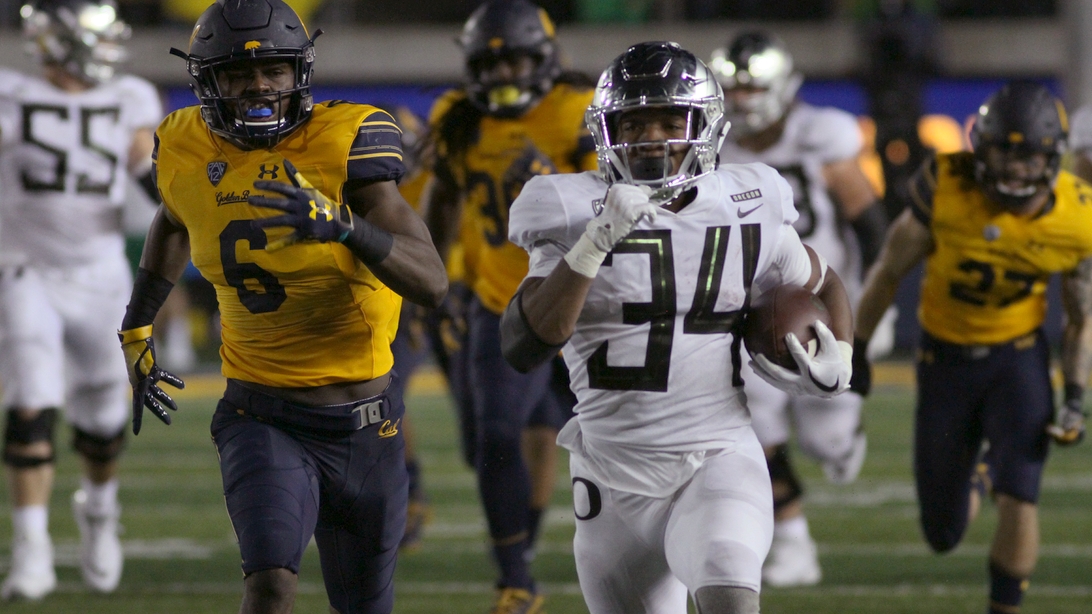 Out of the Pac – Week Six 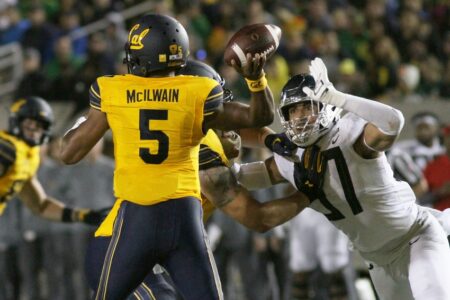 Three to the good, two not so much with the week five picks puts the tally at 28-17 for the year. USC, Washington State, Utah and Arizona State take the week off with a four game conference slate set for Saturday. First a recap of what went right and what didn’t during the last go-round.

Friday, September 27
Arizona State 24 – California 17 (pick: California 21-24)
An evenly matched game through three plus quarters, the Sun Devils took the lead 21-17 in with 4:41 remaining in the game on running back Eno Benjamin’s third touchdown run, this from three yards out after the Bears had opened a 17-14 lead with a field goal early in the final frame. Benjamin ended up with 100 yards rushing on 29 carries while freshman quarterback Jayden Daniels completed 14 of 24 passes for 174 yards. California quarterback Chase Garbers was injured and was replaced by back-up Devon Modster, throwing a monkey wrench in what was already an impotent Cal offense; ASU limited the Bears to 245 total yards of offense.

Saturday, September 28
Washington 28 – USC 14 (pick: Washington 37-27)
The Huskies jumped to a 14-0 lead after the first quarter then traded scores with the Trojans the rest of the way for the win in Seattle. Third string quarterback Matt Fink completed 19 of 32 attempts for USC but was picked off three times, effectively negating 212 yards rushing by his backfield. Washington running back Salvon Ahmed did the bulk of the damage for the home team, gaining 153 yards on 17 carries, including an 89-yard bolt from scrimmage.

Utah 38 – Washington State 13 (pick: WSU 31-24)
Utah’s defense came to play, the Cougar offense not so much. Without running back Zach Moss, the Utes rolled up 192 yards rushing and quarterback Tyler Huntley connected on 21/30 for 334 yards and three scores to send Washington State to a second straight conference loss.

Stanford 31 – Oregon State 28 (pick: Stanford 28-24)
Too little, too late as the Cardinal held off a 28 point Oregon State second half to pick up their first Pac-12 win of the season on Jet Toner’s 39-yard field goal with 0:47 remaining in the game. The Benny’s tied the score at 28 with a 10-play, 77-yard drive less than a minute earlier, only to give up half the field on the subsequent kick return, allowing the Cardinal to extinguish any Oregon State upset hopes.

Arizona 20 – UCLA 17 (pick: Arizona 48-28)
With back-up quarterbacks taking snaps for both teams, it was the Wildcats who found enough offense to end the Bruins one-game winning streak. Arizona quarterback Grant Gunnell looked to be an all-conference talent against the porous UCLA defense, completing 29 of 44 passes for 352 yards.

Saturday, October 6
Washington @ Stanford
The Huskies are favored by better than two touchdowns on The Farm and if K.J. Costello is unavailable for the Cardinal it could be worse. Stanford has walked away with the “W” the last five times the two teams have squared off in Palo Alto, but the streak ends here… Washington 37-18

Arizona @ Colorado
Colorado has flown a bit under the radar so far this season but a win over Arizona would put the Buffs on a collision course with Utah and perhaps USC for the southern division crown. With Wildcat quarterback Khalil Tate and running back J.J. Taylor both questionable, the home field will be that much more of an advantage for Colorado should they be withheld from action. Colorado quarterback Steven Montez and running back Alex Fontenot give the Buffs a 1-2 punch that should be enough for a 28-21 win.

Oregon State @ UCLA
Upset alert… Dorian Thompson-Robinson is questionable, leaving the Chipsters with pretty much running back Joshua Kelley as the Bruins’ only offensive weapon. While the Benny’s have been poor defensively against the run, the OSU offense has been able to move the chains and score points and will be facing a defense that has allowed more than 500 yards of offense per game. If not now, it’s never for the Beavs…. 35-24

California @ Oregon
Yikes – this could get ugly. With a handful of receivers returning from injury the Oregon offense – already potent – gets just that much more lethal. To make matters worse, the Bears – with an already anemic offense – will be forced to start a back-up quarterback who has never taken a snap in Autzen Stadium. All together it spells blow-out – despite the fact California will field one of the better defenses in the conference against the Ducks. But with the new weapons at Justin Herbert’s disposal and thanks to the bye, two weeks to iron out the Oregon rushing attack it looks to be a long day for the Bears. Oregon 44-17.