HomeFeaturedOut of the Pac – Week Nine 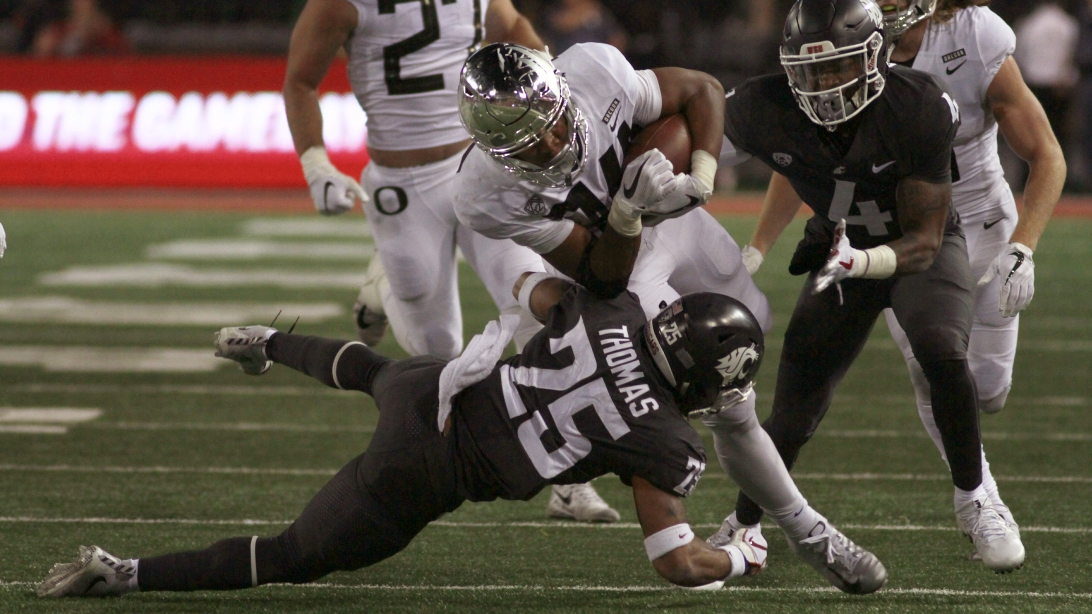 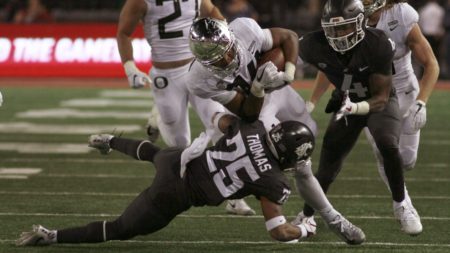 Four rights and two wrongs brings the season record to 44-16 as we enter the final quarter of the 2019 regular season. Both the north and south divisions remain up for grabs. Washington State and Utah have their destiny in their own hands but each will have to prove their worth, starting with the Cougars visit this weekend to Stanford. The Utes get things off to an early start with a date in the Rose Bowl with the Chipsters but first a recap of last weeks’ results.

Thursday, Oct 18
Stanford 20 – Arizona State 13 (pick: Stanford 31-30)
The Cardinal defense gave up 353 yards passing to Arizona State but held the Sun Devils to 84 yards on the ground to avoid what would have been the first three game losing streak under head coach David Shaw. With running back Bryce Love still shelved with an ankle injury, the Stanford offense turned to quarterback K.J. Costello who completed 22 of 29 passes with a touchdown toss to favorite receive J.J. Arcega-Whiteside.

Saturday, Oct 20
Washington 27 – Colorado 13 (pick: Washington 37-24)
Leading 14—13 at the break, Washington’s defense tossed a shutout in the second half to send the Buffs to a second consecutive setback. Husky quarterback Jake Browning connected on 15 of 25 for 150 yards with a score and an interception, stats almost identical to Colorado’s Steven Montez – 17/28, 144 yards, 1 TD and one pick. The Huskies out-gained Ralphie 201 yards to 119 on the ground with touchdowns by Salvan Ahmed and Kamari Pleasant providing the winning margin.

Utah 41 – USC 28 (pick: Utah 33-28)
The Trojans opened up a 14-0 first quarter lead only to be steamrolled for 34 straight points by the Utes with quarterback Tyler Huntley torching the USC defense for 341 yards passing and four touchdowns. J.T. Daniels was picked off twice by a Utah defense that held the Trojans to 205 total yards of offense. All is not well in LaLa Land.

California 49 – Oregon State 7 (pick: Oregon State 38-23)
Ouch. All the pieces were in place for the Benny’s to take advantage of a California team that had foundered in three consecutive losses, turning over the ball offensively and leaking like a sieve on defense. Instead, the Beavs coughed up 539 total yards of offense, 305 of them on the ground. Injuries at quarterback and running back didn’t help the Oregon State cause on offense but come on…show some signs of life.

Washington State 34 – Oregon 20 (pick: Oregon 35-30)
A nightmare of a first half was too much to overcome on the Palouse. Washington State quarterback Gardner Minshew completed 39 of 51 attempts to nine different receivers, rolling up 323 yards and four touchdowns. A pair of interceptions by the Oregon defense kept them in the game and when the offense came to life with 17 third quarter points, the Ducks had life. But an 11-yard completion on fourth and six gave the Cougars a first down on the Oregon 23 and two plays later Minshew found Dezmon Pattmon in the end zone to end Oregon’s hopes for a comeback.

Friday, Oct 26
Utah @ UCLA
The Utes have the inside track to the southern division title with their win over USC last weekend and the Bruins aren’t yet in a position to do anything about it. Utah 38-21

Saturday, Oct 27
Washington @ California
The Huskies still have a path to the northern division crown and the Bears aren’t likely to derail them this weekend in Strawberry Canyon. Maybe closer than the Huskies would like but Browning and crew come away with the 31-27 win.

Washington State @ Stanford
Loser is out of the northern division race. At the moment the best team in the north is Washington State but if Stanford’s Bryce Love is available the equation changes noticeably. The senior running back has battled an ankle all season and his absence has force the Cardinal to become something of a one-trick pony with the combination of quarterback K.J. Costello and his go-to target J.J Arcega-Whiteside. With Love listed as a game day decision the pick will be for the Cougs to steal one on the Farm, 33-28

Arizona State @ USC
An upset here wouldn’t surprise… ASU is no world-beater but the Trojans are a mess. Favored by just over a field goal at home, the odds makers aren’t brimming with confidence of a USC victory either. Trojan quarterback J.T. Daniels has yet to clear concussion protocol so his availability for Saturday’s contest remains in doubt. Statistically the teams are an even match but with ASU now losers in four of their last five – their only win over Oregon State – the trend in clearly not in their favor. USC 28-24

Oregon State @ Colorado
After bolting out of the gate with five straight wins, the Buffs have stumbled in back-to-back losses to USC and Washington. While the latter is somewhat understandable, the first still puzzles given the Trojans performance last week in Salt Lake City. But that’s water under the bridge and with the Beavers coming to Boulder, it will be good times again on the Front Range with a 48-13 romp.

Oregon @ Arizona
Another quarterback who is listed as day-to-day is Arizona’s Khalil Tate. Hampered by injuries and an unimaginative Kevin Sumlin offensive playbook, the 2017 Pac-12 offensive player of the year has been a shell of his former self in 2019. If Tate can’t go, it will again be Rhett Rodriguez calling the signals this Saturday in Tucson after he took the helm for the Wildcats last week in their loss to UCLA. For Oregon the question isn’t who will Arizona start at quarterback but what can the Ducks do to insure they don’t waste a half of football like they did last Saturday in Pullman. That lesson should have been well learned – if the hard way. Oregon returns to form with a 42-23 win in the desert.