Out of the Pac – Week Five

HomeFeaturedOut of the Pac – Week Five 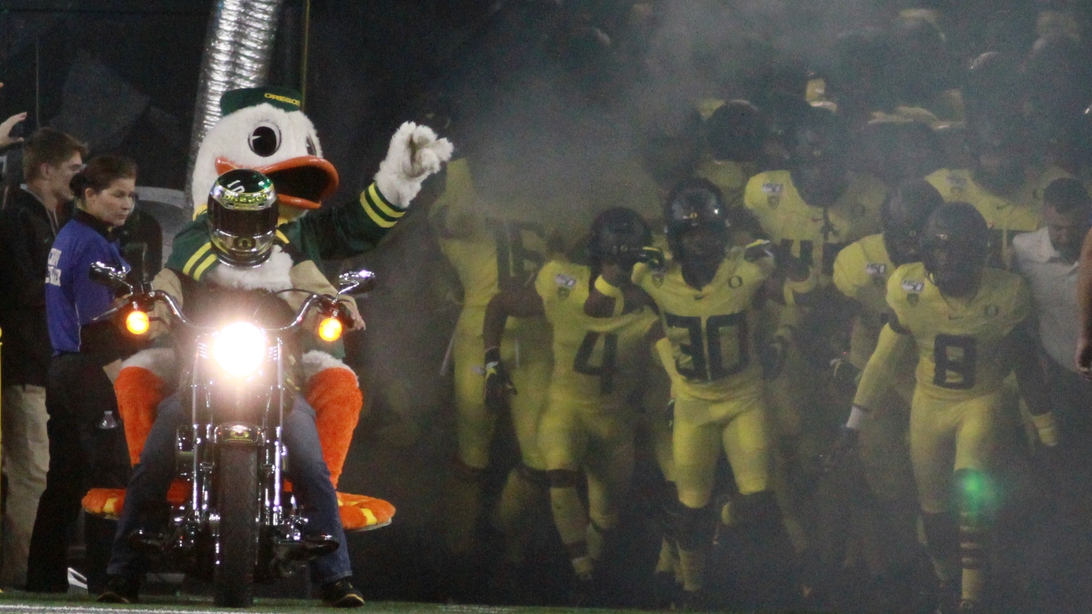 Out of the Pac – Week Five 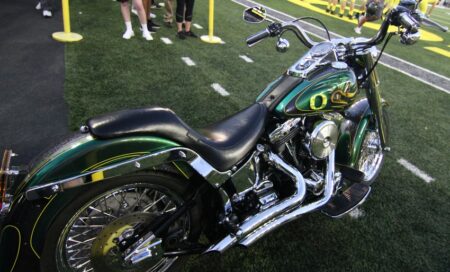 Three up, three down with the week three picks puts the season tally at 25-15 heading into a five-game, conference slate this weekend. Oregon and Colorado have the week off with the Sun Devils visiting California for a Friday night edition of Pac-12 after dark to get the festivities underway. But first a recap of last week’s results.

Friday, September 20
USC 30 – Utah 23 (pick: Utah 37-28)
Third string quarterback Matt Fink stepped in after back-up quarterback Kedon Slovis was concussed early in the first quarter. The junior from Rancho Cucamonga completed 21 of 30 attempts for three touchdowns to lead the Trojans to the upset of Utah. Further insult to the Utes came in the form of injuries to quarterback Tyler Huntley and running back Zach Moss, the two cogs to Utah’s offensive attack.

Saturday, September 21
Washington 45 – BYU 19 (pick: Washington 34-23)
Jacob Eason seems to be finding his stride with the Huskies. After a pedestrian outing in Washington’s conference opening loss to California, the transfer from Georgia has been lighting up defenses and that was the case last Saturday in Provo. Eason completed 24 of 28 passes for 390 yards and three touchdown while running back Sean McGrew and Richard Newton tag-teamed BYU for a combined 190 yards rushing on 36 total carries.

UCLA 67 – Washington State 63 (pick: WSU 48-21)
Not much more to be said about this edition of Pac-12 after dark except to note one can watch a lot of football and not see a college quarterback complete nine touchdown passes and lose. Six Cougar turnovers and allowing the Bruins two scores on special teams will do that.

California 28 – Ole Miss 20 (pick: California 27-25)
A nice win in SEC country for both the conference and the Bears. With a win over the Huskies in their pocket, Cal will have some say in the northern division race going forward even though the offense remains something of an open question in Berkeley.

Colorado 34 – Arizona State 31 (pick: Arizona State 18-13)
Jayden Daniels was picked once by the Buffalo defense but rolled up 345 yards passing and pair of touchdowns in the losing effort. Eno Benjamin added 83 yards rushing on 20 carries for the Sun Devils but it was the combination of Colorado quarterback Steven Montez (23/30, 337 yards, 3TD) and running back Alex Fontenot (89 yards, 1TD) that proved more than ASU was able to handle.

Oregon 21 – Stanford 6 (pick: Oregon 42-21)
A wire-to-wire defensive masterpiece for Andy Avalos and the Oregon defense who limited the struggling Cardinal to 234 total yards and for the third straight game kept the opposing offense out of the end zone. Although sacked four times, Duck quarterback Justin Herbert completed 19 of 24 attempts for 259 yards and three touchdowns and has yet to be intercepted this season.

Friday, September 27
Arizona State @ California
Two teams that lean on their defense while the offense comes of age meet on a Friday night in Strawberry Canyon. Thus far the ASU offense has shown more spark and big play capability than that of the Bears, but the Sun Devils have also seen their offense be ineffective for extended periods. Given the home field advantage and the momentum of having found some semblance of an offensive attack in the win over Ole Miss last week the nod in this pick’em game goes to the Bears, 24-21

Saturday, September 28
USC @ Washington
To this point in the season USC has fallen out of trees and landed on their feet. When quarterback J.T. Daniels was lost for the season in the opening win against Fresno State, back-up Kedon Slovis came in and was lights out in week two against Stanford. The true freshman came down to Earth in the loss to BYU and was knocked out early in week four against Utah only to have Matt Fink step into the lineup and upset then undefeated Utah. Whether Slovis returns or it will be Fink who will be taking snaps against the Huskies it appears to be a bridge too far… despite the world class athletes USC has at receiver. Washington by ten, 37-27.

Washington State @ Utah
Two ranked teams with baggage to set aside after disappointing losses in week four. Losing to USC at the Coliseum certainly ranks higher on the scale of “best losses” than the Cougs face plant against the then winless UCLA Bruins on their home field. However with the availability of quarterback Tyler Huntley and running back Zack Moss uncertain, the nod goes to WSU by a touchdown. 31-24

Stanford @ Oregon State
Late Friday afternoon Stanford announced starting quarterback K.J. Costello wouldn’t be available to the Cardinal when they visit Corvallis. His absence surely opens the door for the Benny’s to pick up their first Pac-12 victory since the overtime win in Boulder last season. With Stanford on a three-game losing streak, the Cardinal will be particularly motivated and David Shaw is enough of an old hand at motivating his team that despite the loss of Costello, Stanford squeaks out a 28-24 win.

UCLA @ Arizona
Arizona has put up points in bunches but has also allowed bunches of points through their first three games. Did last week in Pullman give Chip Kelly’s Bruins enough of a jolt of confidence they could upend the Wildcats in Tucson? Certainly possible… but it is also true Kelly’s defense allowed 720 yards of total offense a week ago. Arizona quarterback Khalil Tate has to be chomping at the bit… .if Kevlin Sumlin allows him to run free this could turn into a blowout. Arizona 48-28