Out of the Pac – Week Eleven

HomeFeaturedOut of the Pac – Week Eleven 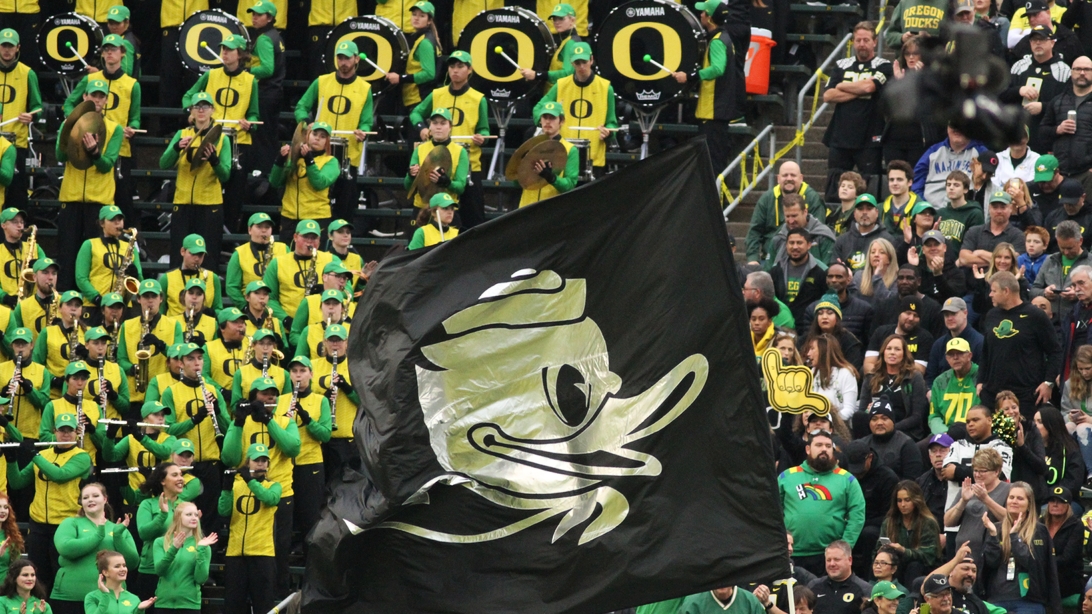 Out of the Pac – Week Eleven

Three out of four with last week’s prognostications puts the season total at 47-22 as the schedule hits the home stretch. Oregon, Arizona, Utah and UCLA have the week off with the suddenly dangerous Oregon State Beavers hosting Washington on Friday Night to kick things off. But first a review of last weeks’ results.

Saturday, November 2
Oregon 56 – USC 24 (pick: Oregon 34-28)
The first quarter wasn’t a work of art but from that point on the Ducks did very little wrong and very much very right in demolishing the Trojans in the Coliseum. Inexcusable penalties on both teams leaves a sour taste though there is no denying Oregon’s mastery of the game on offense, defense and special teams. Juwan Johnson was the big story with three touchdown catches and a week’s worth of wondering what he will bring to Oregon’s offensive arsenal down the home stretch.

Utah 33 – Washington 28 (pick: Utah 33-23)
All seemed to be well in Montlake midway through the third quarter. The home town Huskies were leading the 8th-ranked Utes 21-13 and Washington had just pounced on a fumble for possession at the Utah forty. Two plays later Jaylon Johnson pick-sixed Washington quarterback Jacob Eason from 39-yards out. Utah’s defense forced a three and out and as the game moved into the fourth quarter quarterback Tyler Huntley engineered an nine play, 82-yard scoring drive to take the lead 26-21. Another three and out and another scoring drive, this one 84 yards on 11 plays iced the win. A late Washington score narrowed the final margin in what was the Huskies third home loss of the year.

Oregon State 56 – Arizona 38 (pick: Arizona 41-34)
Very disappointed to have not seen this one coming. All the elements were there for the Beavers to take advantage of and to their credit that is exactly what they did. Arizona’s defense is the worst in the league and the Wildcats had fired both the defensive coordinator and the linebacker coach in the week leading up to Saturday’s game. Jake Luton to Isaiah Hodgins through the air and the combo of Artavis Pierce and Jermar Jefferson on the ground was more than the Wildcat defense was capable of defending and the Benny’s romped to the tune of 572 total yards of offense.

Friday, November 8
Washington @ Oregon State
Could prove to be a week late with this but yeah… Washington is reeling and Oregon State has enough firepower offensively to stand toe-to-toe with the Huskies on their home field… particularly if Beaver Nations decides to fill up Reser Stadium. The question is can the Oregon State defense get a couple of timely stops and allow Jake Luton and Co. a bit of breathing room??? Why not? Oregon State 31-27

Saturday, November 9
Washington State @ California
California could play from now to Sunday and not score enough points to beat the Cougars. The Bears have struggled all season offensively and a bye week isn’t going to be enough time for Justin Wilcox to find the answers he needs. Washington State 33-10

Stanford @ Colorado
It’s been Jekyl and Hyde for the Buffs… one week after taking USC to the brink, Colorado gets clocked by UCLA. Coming off a bye and as healthy as they have been all season, the Cardinal appear to be poised to close out what has been an up and down 2019 on the right foot. Stanford 37-25.

USC @ Arizona State
It’s a mixing of metaphors but put another nail in the Trojan horse… a week ago Oregon scorched whatever notions remained around Heritage Hall of the greatness of USC football. From Ted Tollner to Larry Smith to Paul Hacket to Lane Kiffin to Steve Sarkisian to Clay Helton – since the glory days of John Robinson only Pete Carroll has been able to catch lightning in a bottle in LaLaLand. Coming off a bye week the Sun Devils have the athleticism to match up with the Trojans and at this point much more to play for. ASU 44-31