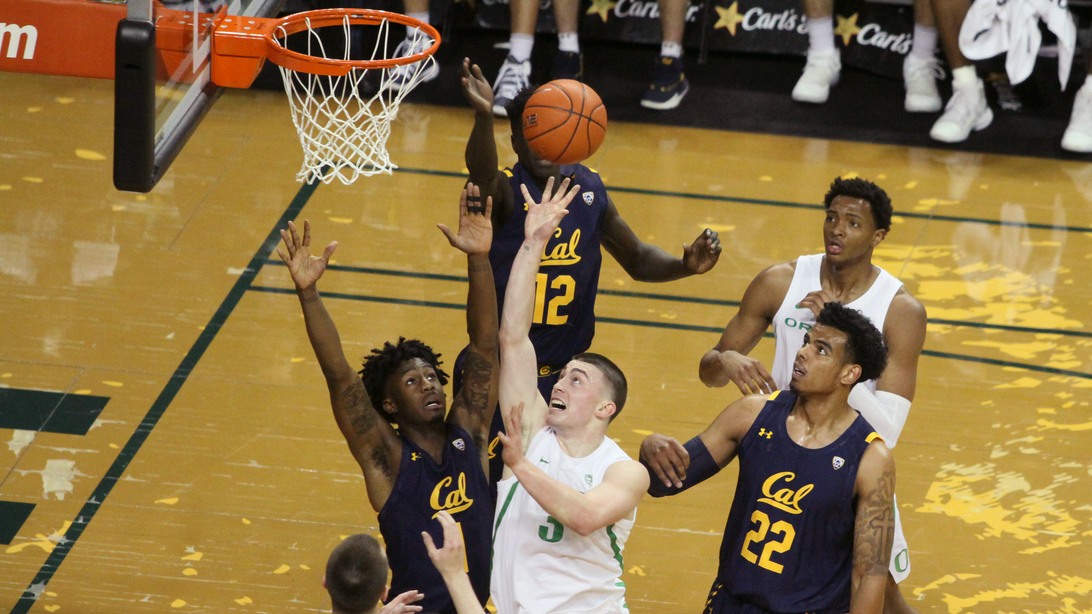 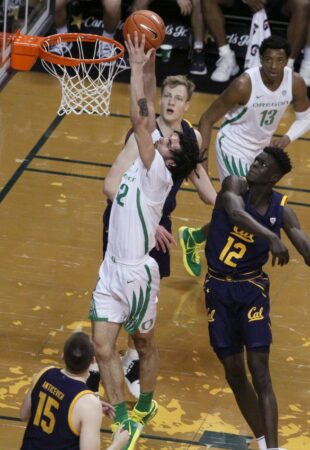 Oregon is on a mission and the Ducks played like it.

The Ducks knew coming into tonight’s game with Cal that if they swept the Bay Area schools this weekend that the Pac-12 title would be theirs and Oregon was able to accomplish the first half of that sweep.

They came out on fire from the field, shooting 68 percent in the first half and ultimately cruised to an easy 90-56 win over the Bears in front of 7,651 inside Matthew Knight Arena.

With the win, Oregon moves to 23-7 overall and 12-5 in Pac-12 play. The  Ducks are tied with UCLA for first place with one to play. Thanks to Oregon defeating the Bruins in their one and only meeting, the Ducks would get the title and the No. 1 seed in the Pac-12 tournament if the two teams end up tied for first.

The Ducks plays Stanford and UCLA goes to USC to close out the regular season.

But Oregon needed to dispose of Cal first and foremost and it did exactly that. The Ducks went on an 18-0 in the first half to pull and take a commanding 46-20 halftime lead. Cal was able to cut the lead to 15 at 58-43 with 11:52 left. But the Ducks quickly made it a 25-point lead just four minutes later and the contest was over.

Payton Pritchard led the way with 20 points and nine assists in possibly one of the most complete offensive showing Oregon has had in quite some time. It also helps that the team is 100 percent healthy, which is perfect timing with the post-season around the corner.

Anthony Mathis scored 17 points on 6-of-9 from the field, including a blistering 5-of-6 from downtown. Will Richardson was a game time decision after spraining his ankle last week in the Civil War, but proved to be just fine, scoring 13 points and collecting five rebounds.

Matt Bradley led the way with 15 points. In the first meeting in which Oregon won 77-72, Bradley scored 25 points. The Ducks did a much better job defensively in limiting his touches and scoring output.

Now Oregon faces Stanford with that regular season championship dangling in front of them like a huge carrot. The Cardinal are coming off a tough loss in Corvallis, a 68-65 defeat to the Beavers.

The Ducks will also be trying to avenge a setback in Palo Alto earlier in the season where a poor second half cost them a road victory on The Farm.

UCLA and USC play at 12:15 pm and by the time Oregon tips off at 8 pm on Fox Sports 1, it’ll know whether a win means a tie for the crown or an outright Pac-2 title.