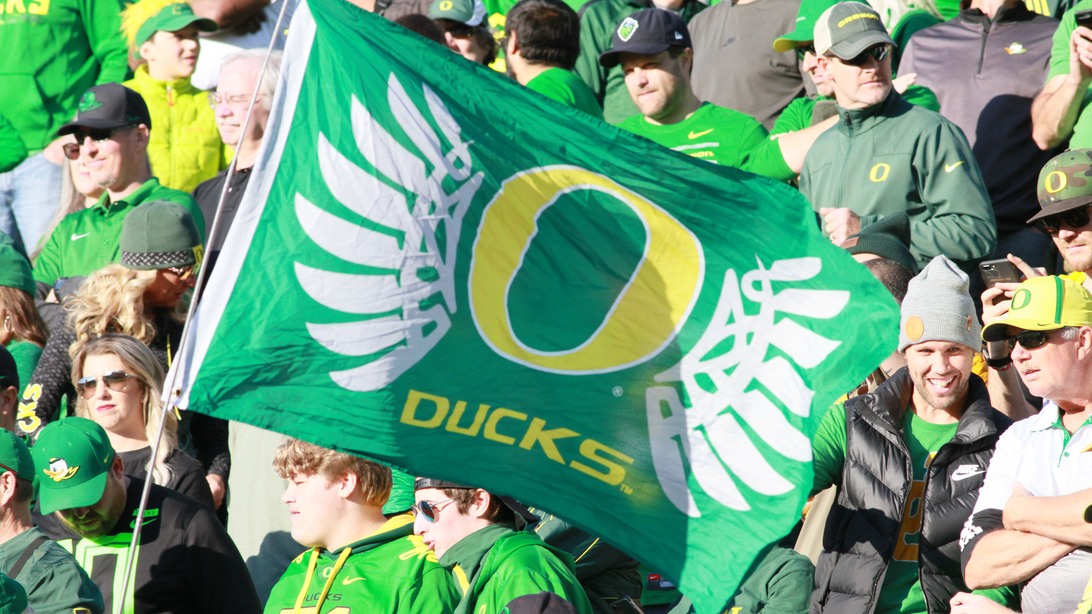 It may seem like forever since the Rose Bowl, but the wait was well worth it as the Ducks defeated Stanford 35-14 in their season debut.

Oregon had to break in a new quarterback and a new offensive line to go along with a stingy defense. After a slow start, the Ducks got things together, scored 28 straight points, and cruised from there.

Sophomore Tyler Shough had all eyes on him as he is now the starting signal-caller to follow Justin Herbert’s four-year career. The 6-foot-5, 235-pounder didn’t disappoint going 17-for-26 passing, good for 227 yards, a touchdown, and an interception.

But it was Shough’s ability to move around in the pocket and to burn the Stanford defense with his legs that proved to be the difference and something the Cardinal couldn’t have prepared for. Shough rushed for 85 yards on 11 carries for a touchdown.

Tailback CJ Verdell rushed for 105 tough yards on 20 carries and a touchdown.

A part of the offense that wasn’t seen a lot last year and played a major factor in this opener was a 260-pound tight end in DJ Johnson. The senior caught five passes for 55 yards and a touchdown. He proved to be a tough matchup against a defense.

Shough was able to calm down some after a couple of unproductive possessions and lead the Ducks to a big seven-play, 87-yard drive. The drive was extended when Mycah Pittman made a diving one-handed catch down the left sideline. Oregon tied the game with CJ Verdell’s 10-yard touchdown run to make it 7-7 with 54 seconds remaining in the quarter.

Stanford kept putting pressure on the Duck defense, but its drives were cut short with missed field goals. Jet Toner came into the game as one of the more reliable kickers in the country as he has just missed 10 attempts in his first three seasons. But whatever the reason, tonight just wasn’t his night as he was 0-for-4 on field goals.

Meanwhile, the Duck offense wasn’t taking any chances with field goals and instead pounded the ball into the end zone.

Oregon took a 14-7 lead just before halftime on a five-yard touchdown pass to Johnson with just 1:05 left before halftime. By receiving the second-half kickoff, Oregon basically scored on two straight possessions without the Cardinal being able to drive down the field.

It was quickly 21-7 shortly after halftime on Travis Dye’s 14-yard touchdown run to complete a nine-play, 75-yard drive. The Oregon defense bent but didn’t break after another missed field goal. The Ducks didn’t waste any time making it 28-7 on Shough’s nine-yard touchdown run. He managed to juke one guy, move to his left, and sprinted into the end zone with just 53 seconds left in the third.

Down 21 with just a quarter left to play, Stanford was in a world of hurt. They were already playing short-handed as starting quarterback Davis Mills was ruled out before the game due to COVID restrictions and contact tracing. Backups Jack West and Tanner McGee filled in as best they could. West was the most effective, going 13-of-19 for 159 yards.

Stanford tried to make a game of it when Jones scored from two-yards out to make it 28-14 with 7:39 left. If the Cardinal could have held the Ducks quickly, the momentum would have been fully on the Cardinal sideline. But Shough led Oregon down 73 yards on nine plays that ended with a typical Cyrus Hibibi-Likio four-yard power run to make it 35-14 with 3:37 remaining and that was the game.

The Ducks are scheduled to travel up to the Palouse next Saturday to face Washington State.