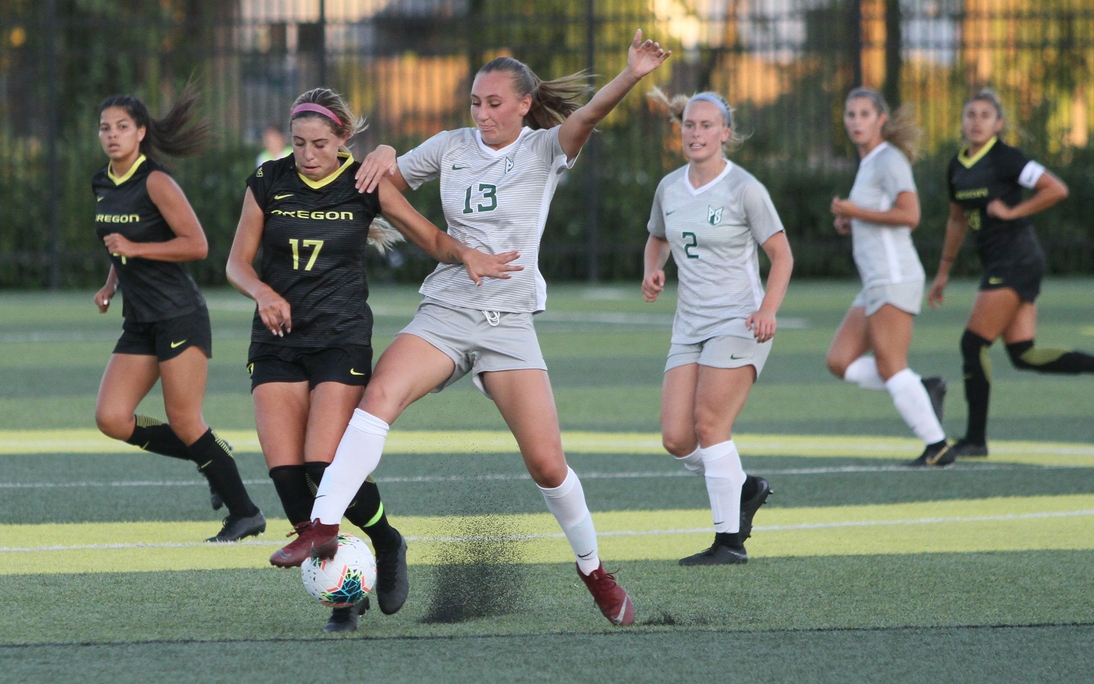 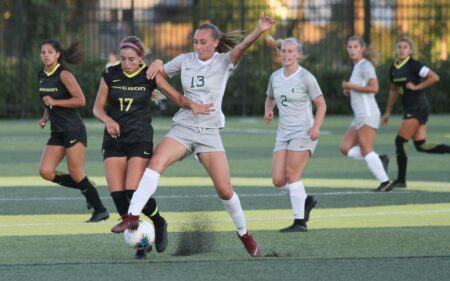 Historically, offense has not been the calling card for the Oregon Ducks soccer team.

Typically the strategy has been to defend first and foremost and look to take the attack only when the numbers are advantageous.

That was then, this is now.

With an offensive attack that saw the Ducks find the net eight times in two days, Oregon evened their season record at 2-2 with a 4-2 result against Portland State on Friday evening and a 4-0 whitewash of Villanova on Sunday afternoon at Pape` Field.

Jordan Wormdahl leveled for the Ducks in the 10th minute, the first of four straight Oregon goals with Mia Palmer converting a corner kick in the 30th minute and Maya Hahn netting the game winner with less than a minute in the half. Zoe Hasenauer closed out the scoring for the Ducks twelve minutes into the second half.

A late Portland State goal couldn’t spoil the celebration as the Ducks out shot the Vikings 36-5 with 13 of those attempts on frame to earn their first win of the season.

The offense picked up right where it left off against the Villanova Wildcats on Sunday, but this time the defense decided to join the party.

Ally Cook opened the scoring 13 minutes into the match, converting a nice assist from Hasenauer to pick up her first collegiate goal.

At the half hour mark Wormdahl became only the third player in Oregon history to score in four straight matches when she beat the Villanova keeper with a rocket from the top of the box after a nice assist from Emma Eddy.

Hahn picked up her second goal in as many outings in the 64th minute and Maggie Lacey closed out the onslaught with her first collegiate goal with just less than two minutes left on the clock.

But overshadowing the offense on this day was the clean sheet posted by Oregon keeper Katelyn Carter. Playing the full 90 minutes after sharing the duties in Friday’s match, Carter was credited with four saves.

‘”Really proud of the shutout today and it is something that collectively was our goal,” said head coach Kat Mertz. “…hats off to the team.”

The Ducks head cross country to face Clemson and Furman before returning to Pape` Field to host the University of Portland Pilots Friday September 13th at 7:00 pm. The match will be televised by the Pac-12 Networks.