Lost Weekend For Ducks as Stanford and California Prevail

HomeFeaturedLost Weekend For Ducks as Stanford and California Prevail 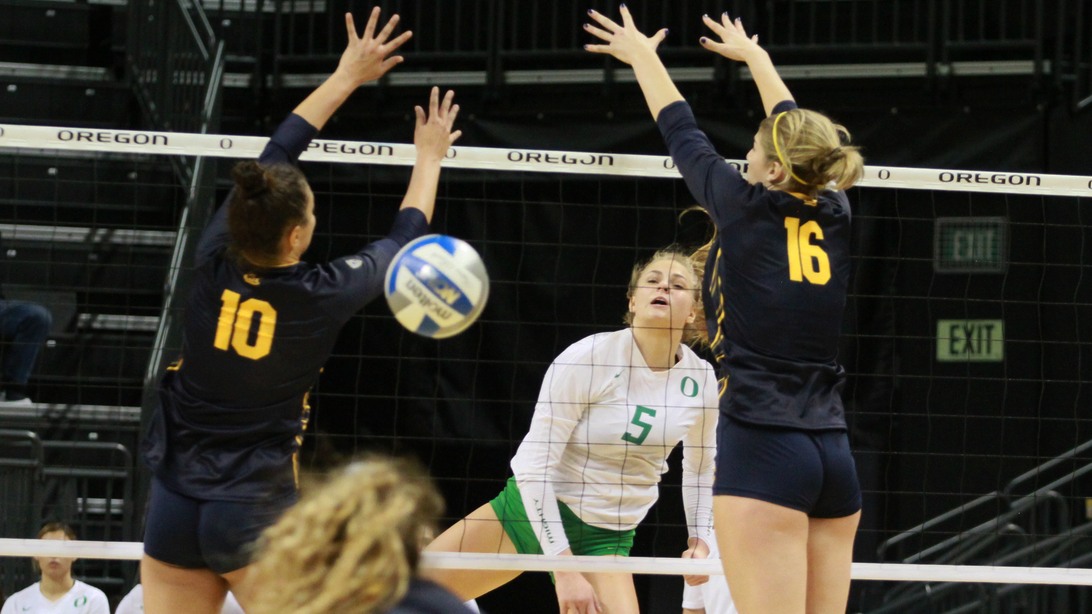 Lost Weekend For Ducks as Stanford and California Prevail 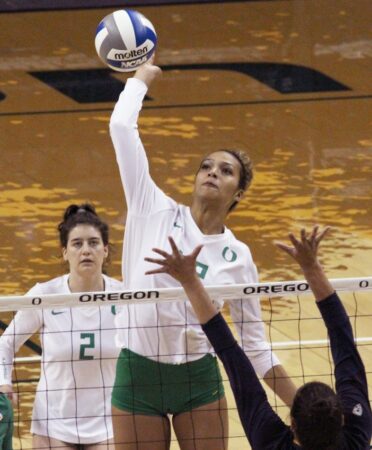 “Youth will be served” is the best way to view Oregon’s pair of losses to Stanford and California, two of the Pac-12 Conference heavyweights.

Defending national champion Stanford is currently ranked third and the Cardinal lived up to that billing dispatching the Ducks in methodical fashion once they put their minds to the task.

One quality of youth is that sometimes not knowing what you are in for works in your favor and that may have been the case on Friday evening when the Ducks played their best volleyball of the match in the first set and caught Stanford’s full attention claiming the first set 25-21.

Once awakened the sleeping giant responded in full force, taking the next three sets 25-11, 25-19, 25-19 and were never truly threatened by the Ducks.

It was out of the frying pan and into the fire for the Ducks on Sunday. Stanford is the only team to have beaten California and Oregon was overmatched from the start, falling to the Bears in three sets, 14-25, 15-25, 21-25.

With the two losses Oregon’s record slips to 5-8 on the season and to 1-3 in conference play.

With a roster that includes a number of highly regard recruits the Ducks can call upon only three veteran players to show the way. Injuries have interfered in the maturation of the team as well.

Dividends will be earned eventually but in the short term a non-conference slate that saw the Ducks face three top-10 teams – all on the road – and then host a trifecta of #18 Utah, #3 Stanford and #19 California the schedule did the Ducks “no favors” as head coach Matt Ulmer observed following Sunday’s loss.

“We’re learning through the fire,” he said. “Some of it is very painful … very, very painful … painful  to watch… painful to coach. … We have pieces; we don’t have a team. And we’re trying to find it.”