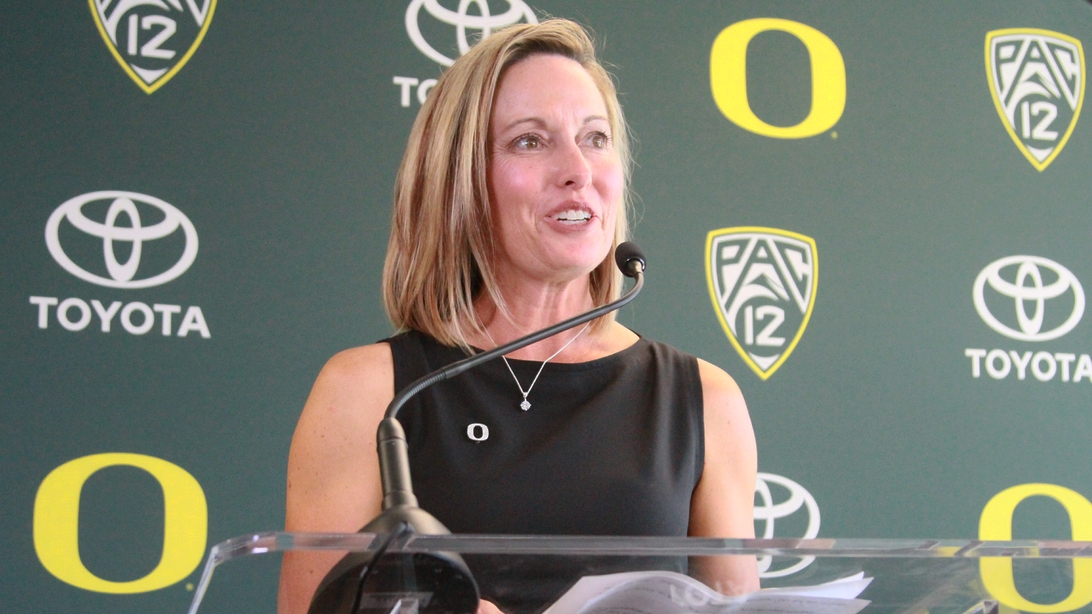 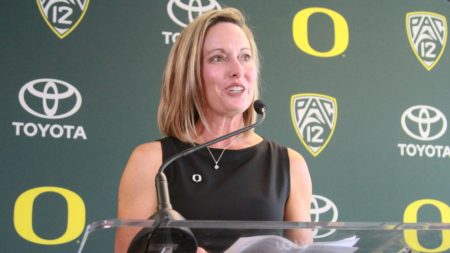 The University of Oregon introduced Melyssa (Missy) Lombardi as the new head coach of the softball team Monday afternoon at Jane Sanders Stadium.

An assistant at Oklahoma for 21 years after starring for the Sooners as an All-American catcher, Lombardi was pried away from Norman replacing Mike White, now the head coach at Texas.

Athletic Director Rob Mullens pointed to Lombardi’s resume and the success she has been a part of while with the Sooners.

“When we set out to find the next leader we were looking for somebody with a tremendous track record to build on the foundation that is already here,” he said. “ … what she’s been able to do throughout an incredibly successful career fit where our program was. 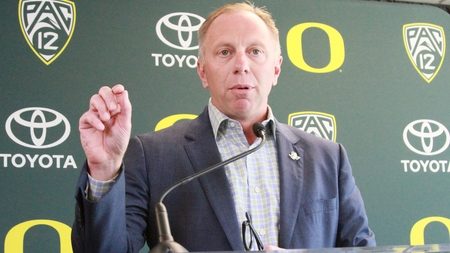 “Obviously you can look at the accomplishments, the national championships, the All-Americans, the Players of the Year that have learned under Missy’s tutelage. You can see what she’s done with USA softball.  Incredible track record so we couldn’t be more excited today to have Missy here.”

Despite a rude welcome to the Jane when Oregon bopped the Sooners 5-0 last spring in a non-conference showdown, Lombardi was quick to embrace the support she felt from the administration, the top drawer facilities and the support of a passionate fan base.

“From the moment I stepped on campus and I started having conversations with them I knew I wanted to work with them … (we) can do great things here,” she said.

The first item on the agenda is meeting with the team and individual players. 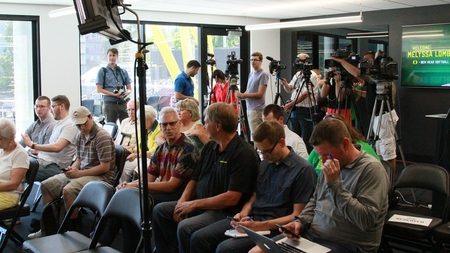 Lombardi’s background as a pitching and catching coach suits the Ducks needs well with three potential All-American candidates returning for the upcoming season.

Senior-to-be pitcher Megan Kleist acknowledged that was an important factor in more ways than one.

“That’s really important and not just for me personally but for girls coming in who were recruited by Coach White,” she said. “… obviously they were coming in to learn from a pitcher.  I think it is really important that we brought in somebody that is really good with pitching, catching and knowing the game.”

As a player who was recruited by White, Kleist allowed his departure left her with mixed emotions.

“My biggest thing throughout my three years and Coach White’s legacy here has been to leave the program better than you found it,” she said. “That is definitely something that he’s done. But now it’s time for a new era and I’m really excited for Coach Lombardi.

Lombardi made clear she was excited as well.

“Talk about the home field advantage,” she said. “The atmosphere here at Jane Sanders is phenomenal. Before we throw out the first pitch I think we have the absolute advantage. I can’t wait to get started.