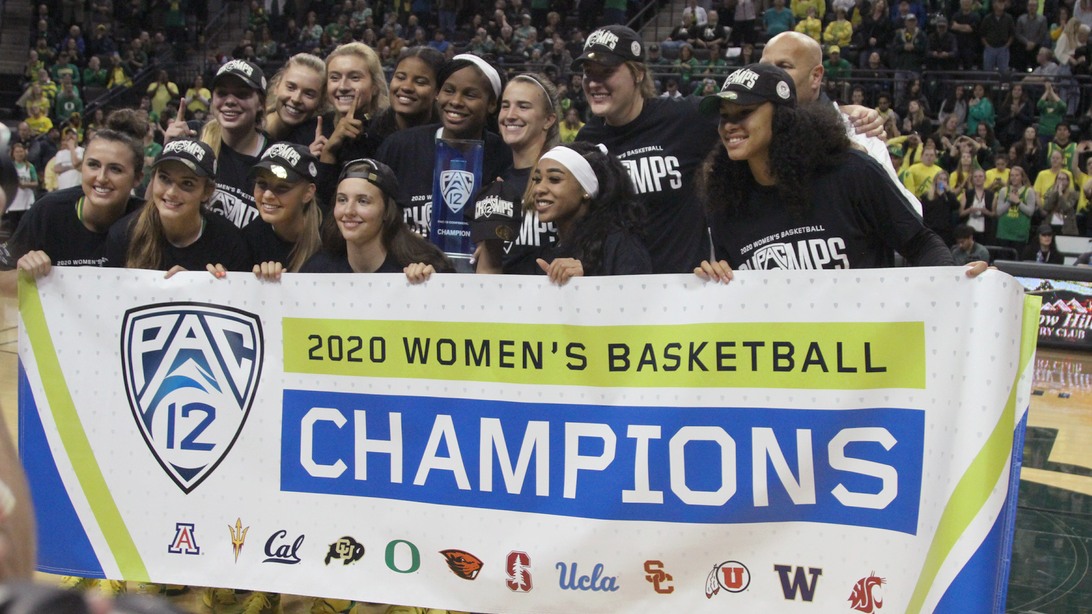 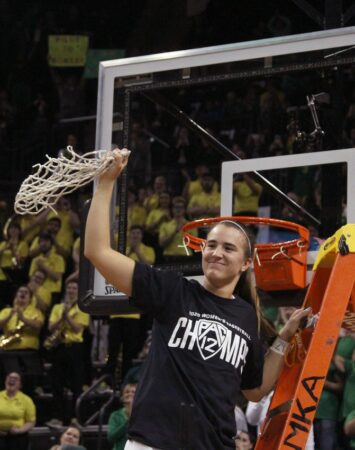 No one could blame the Ducks if they had some come a bit sluggish after learning the Pac-12 title was their even before tip.

But this team is just wired differently.

Oregon started out on a 13-0 run and never looked back as it dismantled Washington State 88-57 in front of a sold out Matthew Knight Arena of 12,364 Duck fans.

The win was just a formality as the Ducks learned that the Pac-12 title was theirs for the third straight season about 45 minutes before game time. Arizona was able to upset Stanford in overtime. That Cardinal loss was their four conference defeat.

This game was over in the first three minutes with that initial run. Oregon ended the quarter up 30-11 thanks to 13-of-17 from the field and eight assists from Sabrina Ionescu.

She ended up with 12 assists on the night to go with 12 points and five rebounds. Ruthy Hebard was the beneficiary of most of those assists from her best friend as the senior post finished with 28 points and 15 rebounds.

Hebard was determined to bounce back after being held to just four points at Stanford and she bounced back in a huge way. She racked up 20 points and six boards by halftime as the Ducks enjoyed a huge 53-26 halftime lead.

Rounding out the Big Three was Satou Sabally, who finished with 22 points and seven rebounds. She just played 25 minutes due to an apparent ankle injury she suffered in the third quarter.

Sabally turned the ankle going for a rebound and when she went to the floor, followed by Hebard tripping over her, you could hear a pin drop as MKA was suddenly silent. Hebard was fine and by the end of the game, Sabally was walking on the ankle, albeit a bit gingerly.

For the Cougars, they did their best to hang in with the No. 3 team in the nation, but as with most teams that play the Ducks, they just didn’t have enough firepower to keep up.

Washington State did have their all-time leading scorer in Borislava Hristova, who scored 14 points. Jovana Subasic led the Cougars with 17. Those two proved they belonged on the floor with the Ducks, but they just didn’t receive help from their teammates on this night.

After the game, Oregon was presented with the Pac-12 championship trophy and showed a video that featured all of the Ducks that showed what the defining moment of the season was. It was defeating Oregon State just hours after learning of the tragedy of Kobe Bryant’s passing.

Ionescu delivered yet another moving speech, this time to the Oregon Duck fans and showing she is without any doubt, one of the greatest Ducks ever.

Now Oregon has one more regular season contest to play on Sunday. Washington comes to Eugene and will do their best to put a damper on Senior Day. The Huskies are 5-12 in league play and 13-15 overall.

The conference title is great, but for this Duck team, it’s just step one. Step two will be next week in Las Vegas as Oregon will try to win the conference tournament. Then after that, the Ducks will set their sights on their first ever national title.