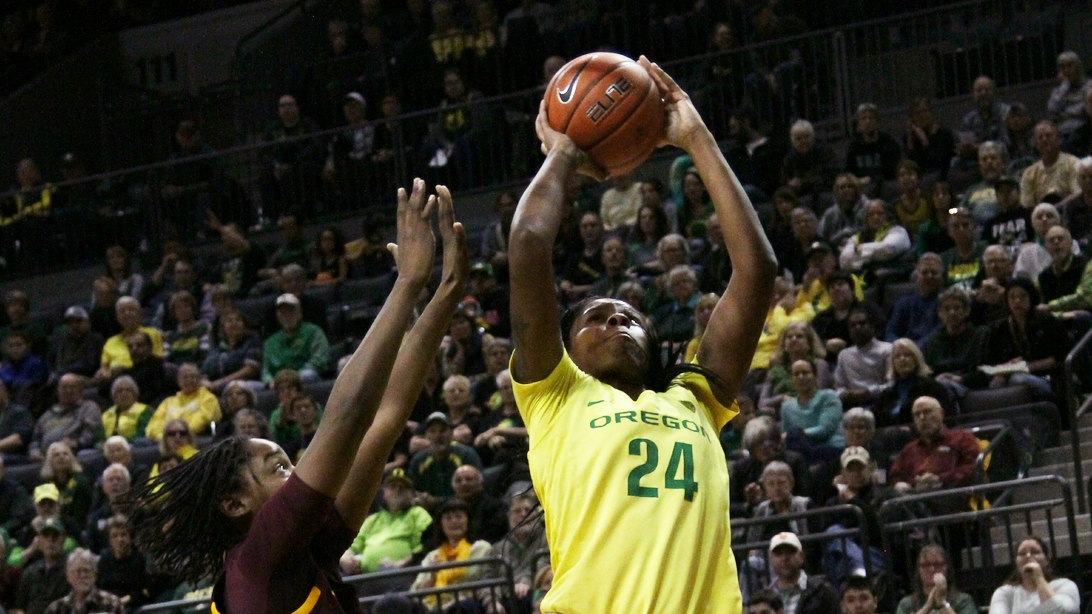 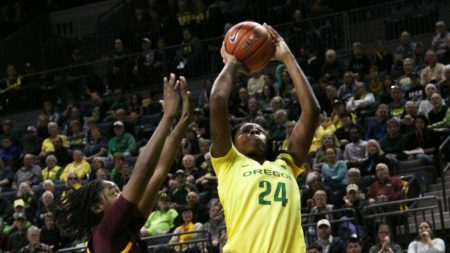 After a toe-to-toe first quarter the Ducks opened up a double-digit margin and maintained the advantage until midway through the fourth quarter when ASU cut the lead to one point when the Sun Devils’ Kianna Ibis reeled in a Maite Cazorla miss on the Oregon end and Taya Hanson buried a trey ball to make the score 67-66 with just under three minutes remaining.

Ionescu peeled around a high screen and sank a floater in the lane to push the Oregon lead to three and after a blocked shot by Oregon’s Satou Sabally in transition, Ibis found a seam along the baseline for a lay-up that again cut the margin to a single point at 69-68.

Carzorla answered for the Ducks with a jumper from the just inside the top of the key to give Oregon some breathing room at 71-68 just ahead of the one minute mark. With the Sun Devils forced to foul Sabally and Ionescu drained six straight from the charity stripe to keep the visitors at bay and to keep the Ducks undefeated in conference play at 5-0 and improved their overall record to 16-1.

“We knew they were going to come out and fight to the very end,” said Ionescu. “That’s what our coach preaches and preached to us at half time. We knew that this was going to be a ball game no matter how much we got up on them. I think we did a great job staying poised and hitting the shots that we needed to in order to win this game.”

“Arizona State is never fun to play,” offered Oregon head coach Kelly Graves. “I told the team before the game it’s like going to the dentist. We gotta play them but it’s never fun because they work their butts off, they never give up, they are talented and they play great defense.”

“I’m really pleased with the win … I loved our poise down the stretch … I’m proud of our team. We showed some toughness down the stretch. Made some free throws and a couple of stops when we needed it.”

In addition to Ionescu’s game high 31 points, Cazorla added 16 points with Ruthy Hebard pitching in 14. Sabally led the Ducks in rebounding with seven and blocked four shots on the night.

Next up the Ducks host Arizona on Sunday, January 20th with the opening tip set for noon. The game will be carried on the Pac-12 Networks.