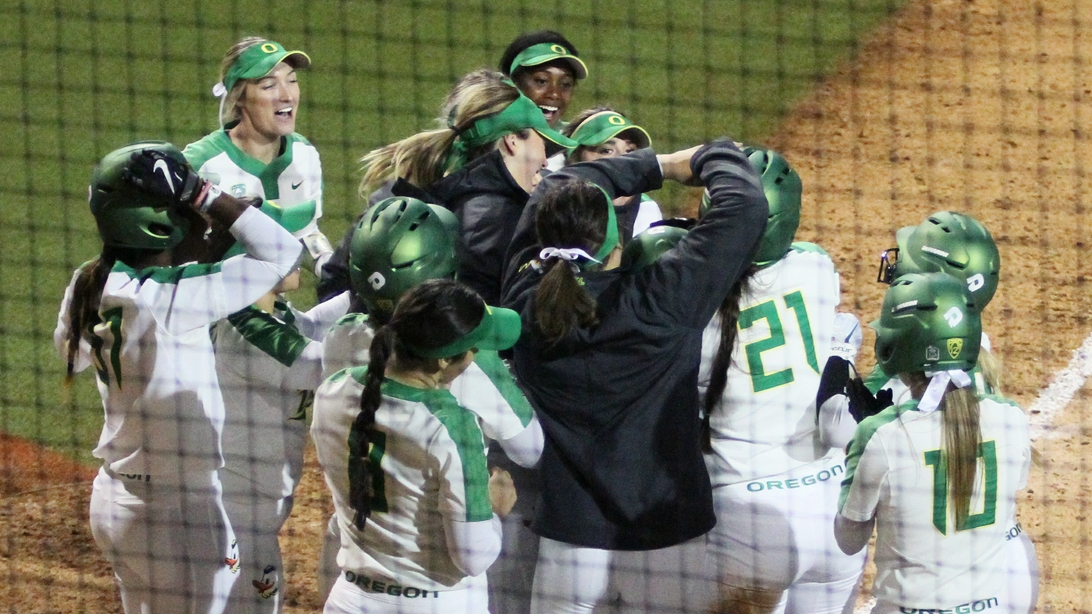 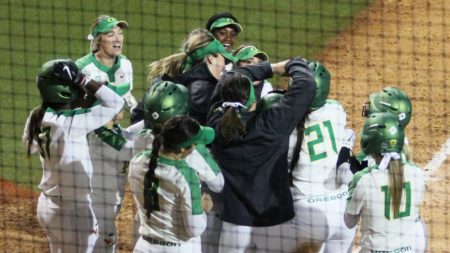 Delayed a day by weather, the fireworks didn’t disappoint once they arrived in the Oregon Ducks’ 2018 home opening 9-1 run-rule win over Weber State Friday evening at Jane Sanders Stadium.

Weber State (10-14) scored the game’s first run in the second inning, an unearned run thanks to a throwing error. Starting pitcher Maggie Balint shut down the Wildcats from there, giving up three base hits and striking out six with one batter walked.

The Oregon offense came unleashed for Balint in the fourth, taking advantage of a Weber State throwing miscue to score their first run. Jenna Lilley’s single up the middle plated two more and served as a prelude to Mary Iakopo’s satellite launch over the left field screen for a grand slam and a 7-1 Duck lead.

With a favorable weather forecast in hand, the Oregon Invitational continues through Sunday with the Ducks squaring off once again with Weber State beginning at 5:00 pm, followed by Montana beginning at 7:00 pm. Sunday’s doubleheader finale has Oregon in a rematch with Grizzlies at noon and Bryant at 2:30pm.