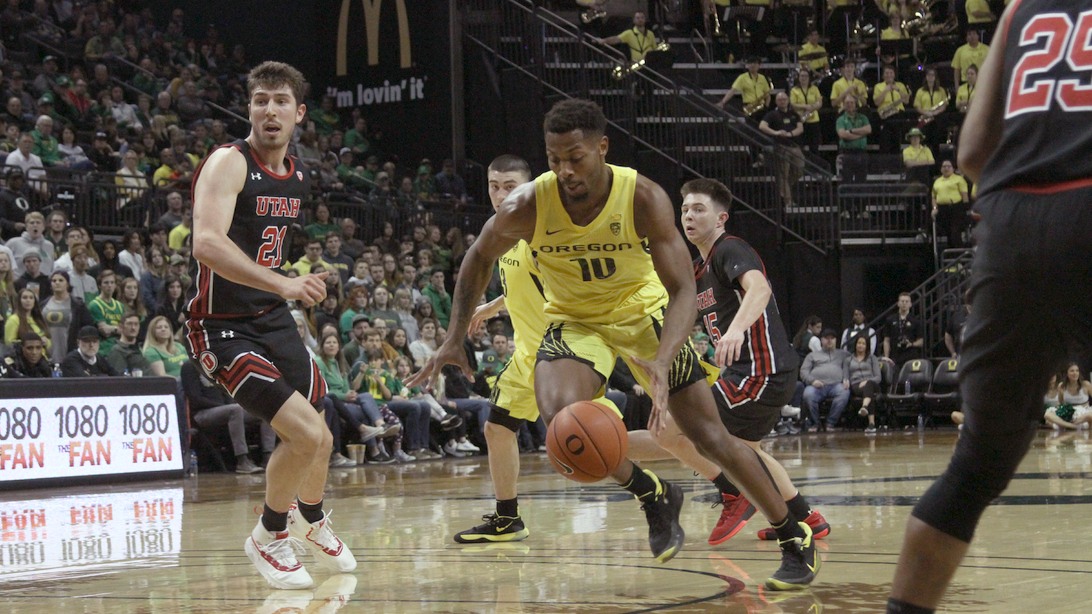 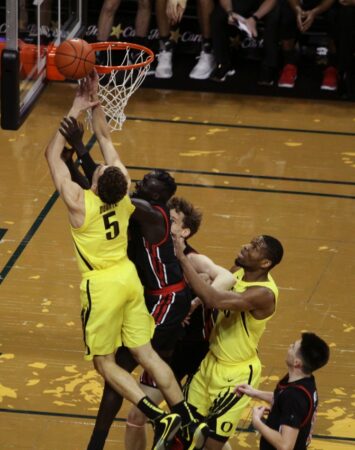 When Oregon shoots the ball like this, not many teams will be able to beat them.

Certainly not Utah and not on this night where the Ducks shot nearly 58 percent from the field en route to an easy 80-64 win over the Utes in front of 8,542 inside Matthew Knight Arena.

With the win, the Ducks moved back into a first place tie with Colorado at 9-4 in league action and 20-6 overall. The victory also made it Oregon’s 10th straight 20-win season. It also kept Oregon undefeated at home at 14-0.

Utah dropped to 5-8 in league action and 14-11 overall after being swept over the weekend to the Oregon schools.

Payton Pritchard led all scorers with 25 points, including five threes coming all in the first half. Will Richardson was nearly perfect on the night, going 7-of-8 shooting on his way to 18 points, six rebounds and six assists.

Shakur Juiston added 11 and Addison Patterson ended his best weekend as a Duck with 10 points off the bench.

Freshman Rylan Jones led Utah with 18 points, thanks to 4-of-8 shooting from behind the arc, but he didn’t receive much help offensively. Utah shot 44 percent from the field and just 6-of-30 from long range.

Oregon threatened to blow the doors off the place in the first half as they nailed 10 treys in the first 20 minutes alone. Ten of their 16 made shots in that first half were from long range. But it was good enough to take a 44-32 halftime lead.

The Ducks cooled down in the second half and Utah was able to cut the lead to single digits at 55-47 with 11:38 remaining. But then Oregon went on an 8-1 run in the next four minutes and that was all she wrote for the Utes.

Now it’s back on the road for the Ducks in possibly the toughest road trip of the league season to the state of Arizona.

Both ASU and Arizona are 8-4 in conference play and just ½ game behind the leaders. First up is the Sun Devils, winners of five straight and 17-8 overall. Arizona is 18-7 overall.

In the first matchup with the Sun Devils, Oregon took a 78-69 win where Remy Martin and Pritchard equaled each other with 29 points.

Oregon and Arizona State play Thursday at 6 pm on ESPN.