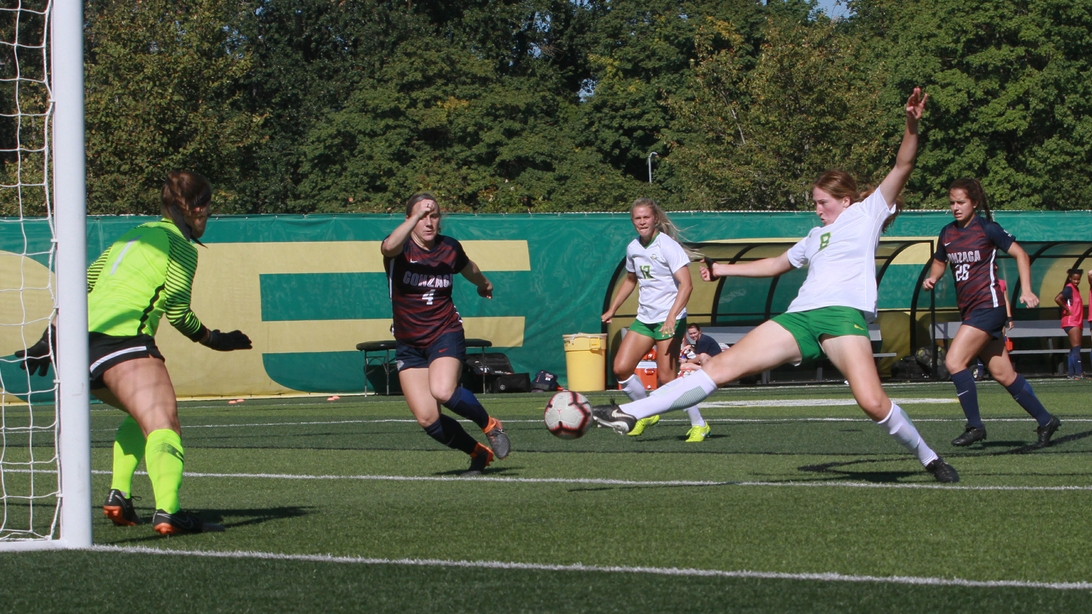 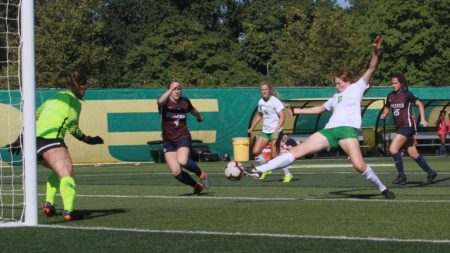 Emma Eddy picked up her fourth and fifth goals of the season in leading the Oregon Ducks to a 2-0 result over Gonzaga Sunday afternoon at Pape` Field.

“It was all on Zoe (Hasenauer),” said Eddy of the first goal six minutes into the match. “She sent in a perfect cross.” The ball rattled amongst the defense for a moment before Eddy pushed a toe-tap past the Gonzaga keeper for what proved to be the winning goal.

Eddy was quick to the mark in the second half as well, jumping on an early chance just 38 seconds after play resumed, converting a Jessica Yu cross to become the fifth Oregon player in program history to score in three consecutive matches.

“She’s put in the work,” said Oregon head coach Kat Mertz. “She is always staying after (practice), working on shots. She worked hard over the summer. We were able to start her today, which made a huge difference. I’m really happy for her.”

Halla Hinriksdottir and the defense combined for a second straight clean sheet and held the Zags to a pair of shots goal. The weekend sweep lifted Oregon’s season record to 3-1-1 with a week long break before facing the University of Portland at Merlo Field on the Pilot’s campus. The Ducks return to Pape` Field on Sunday, September 16th to host the Idaho Vandals. First touch is set for 1:00 and will be available on the Oregon LiveStream.