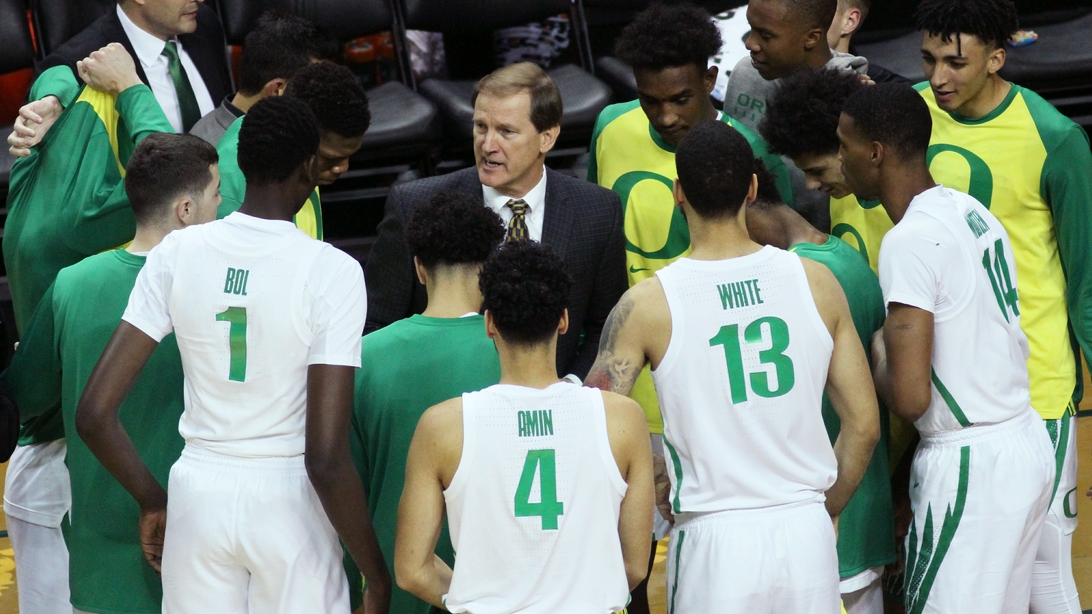 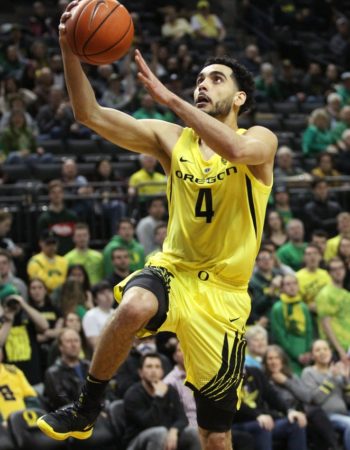 The last time Oregon played Washington State in Las Vegas, the Ducks needed an extra five minutes to beat the Cougars. A year later, the game was over in the first six minutes of action.

Oregon advanced to the Pac-12 quarterfinals with an 84-51 win and now the Ducks will face Utah.

After WSU hit a three to start the contest, Oregon went on an 18-0 run and then went on the bury the Cougars. It’s the Ducks fifth straight win and in all five games, Oregon has held its opponent to 61 points of less in those five games.

Defense like that hasn’t been played by an Oregon team since the shot clock arrived in 1985. It’s also the kind of defense that can carry a team through a tournament or two in March.

Ehab Amin led all scorers with 17 points with Miles Norris scoring a career high of 14. Louis King added 12 and Will Richardson poured in 10 for a team that shot nearly 50 percent from the field on 33-of-67 shooting. Oregon also nailed 10 three-pointers.

Stats were slim pickings on the WSU side of the ledger as no one managed double figures, including the conference’s leading scorer in Robert Franks. The senior, who averaged 22 points a game this season, was held to just eight points on 2-of-9 shooting and 0-of-6 from long range.

Washington State also turned the ball over 20 times with 16 of those miscues coming in the first half alone.

One would think things will be a bit more difficult for Oregon as the Utes await. The three seed defeated Oregon 78-72 earlier in the season, but this is a very different Duck squad that will be facing Utah, especially on the defensive side of the court.

Oregon and Utah will tip off 30 minutes after the ASU-UCLA game ends or about 8:30 PST on ESPN.