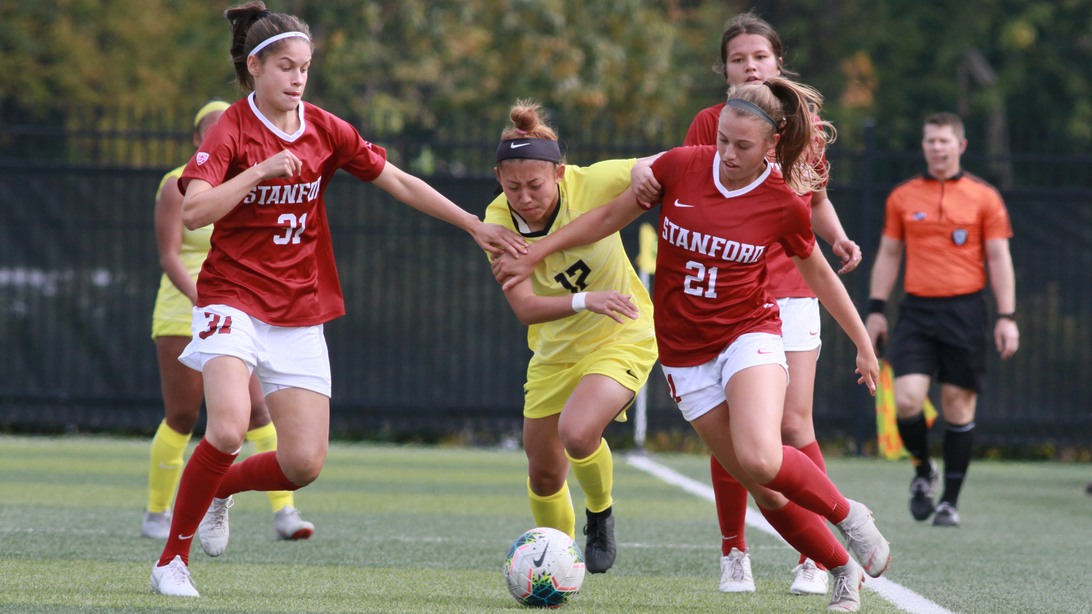 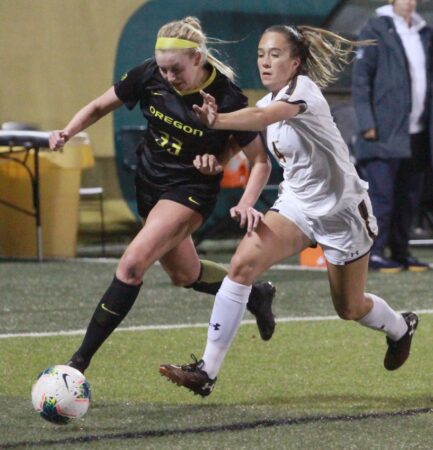 The Oregon Ducks haven’t had much luck against the Bay Area schools in soccer and this past weekend only furthered the misery.

Zoe Hasenauer beat the California keeper in the 34th minute of Thursday’s opener and for the next 43 minutes it looked as though her fourth goal of the season would hold up to give the Ducks their first win over California since 2013.

Sports can be cruel and in the cruelest turn of events, the Bears capitalized on a pair of Oregon miscues with less than three minutes remaining in the match to knot the score at one, where it remained through the overtime period.

With the Ducks seeking to run out the clock by clearing the ball rather than maintaining a possession, California sent players forward in waves once they reestablished possession, eventually finding Mia Corbin unmarked on the left flank just outside the penalty box. Her shot was with pace and despite getting both hands on the attempt, Oregon keeper Katelyn Carter was unable to prevent the shot from deflecting into the upper left corner of the net and the Ducks were forced to settle for the tie.

The disappointment of the loss carried over to Sunday’s match against 2nd-ranked Stanford and the Cardinal lived up to their billing, blanking the Ducks 5-0. Stanford outshot Oregon 28-6 and held a 9-3 advantage in corner kicks.

With six games remaining on the schedule, Oregon’s record now sits at 4-4-5 overall and 0-3-2 in Pac-12 play.  Next up Oregon will host Washington State on Saturday, October 19th at Pape` Field. First touch is set for 7:00 and the match will be televised by the Pac-12 Networks.