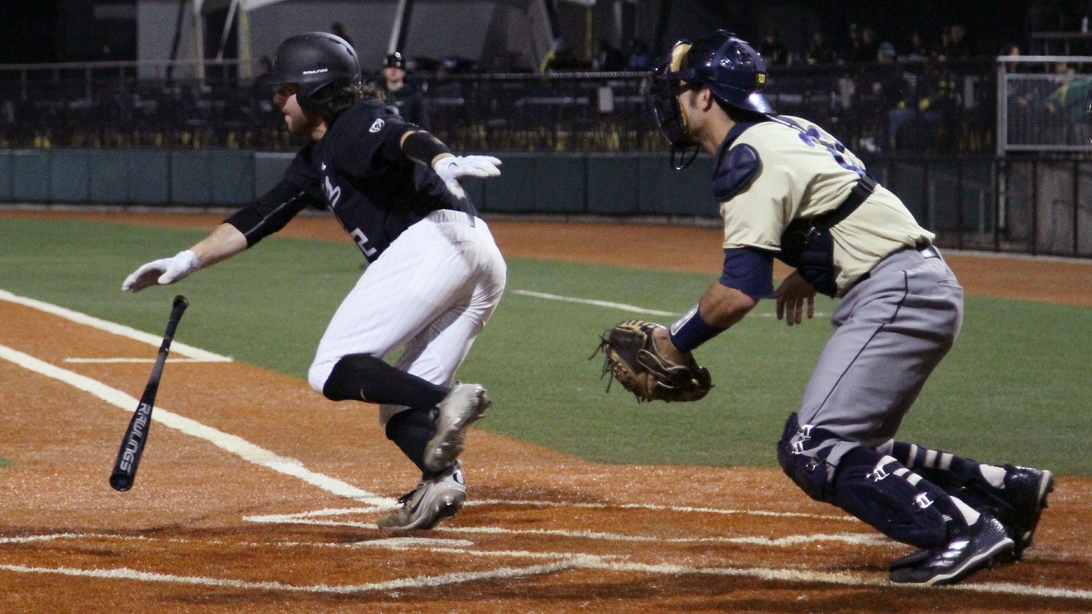 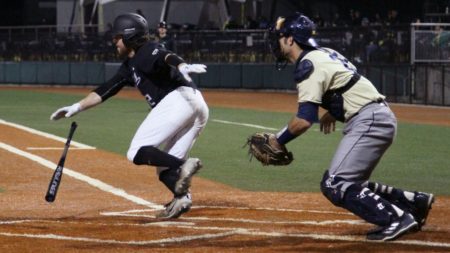 The Oregon Ducks improved their season record to 11-3 on the year taking both ends of a double header against UC Davis on Saturday afternoon at PK Park.

James Acuna picked up his second win of year with a two hit, seven inning outing in Oregon’s 4-1 win in the opener.

The Aggies opened the scoring with an unearned run in the top of the third inning.

Oregon took the lead in the bottom half with a pair of runs with Kyle Kasser’s single driving in the first and Jonny DeLuca’s sacrifice fly to left plating the second.

That would be enough for Acuna (2-0) who walked one and struck out one before yielding to closer Kenyon Yovan in the eighth. Yovan struck out four and didn’t allow a base hit in picking up his fourth save of the season.

Four Oregon pitchers combined to hold the Aggies to six hits while striking out 12 in the nightcap, leading the Ducks to a 7-2 victory. Kolby Somers gave up a pair of hits and fanned four to earn his first collegiate win.

Trailing 4-0 in the eighth, UC Davis touched reliever Nico Tellache for a pair of runs to cut Oregon’s lead in half before Ryne Nelson moved over from shortstop and shut the Aggies down the rest of the way without a hit and striking out four, earning his second save of the year.

Nelson and Jakob Goldfarb led the way offensively with a pair of base knocks each with Nelson and leftfielder Evan Williams each getting credited for a pair of RBI.

The four game series concludes on Sunday with first pitch set for 12:00 pm.