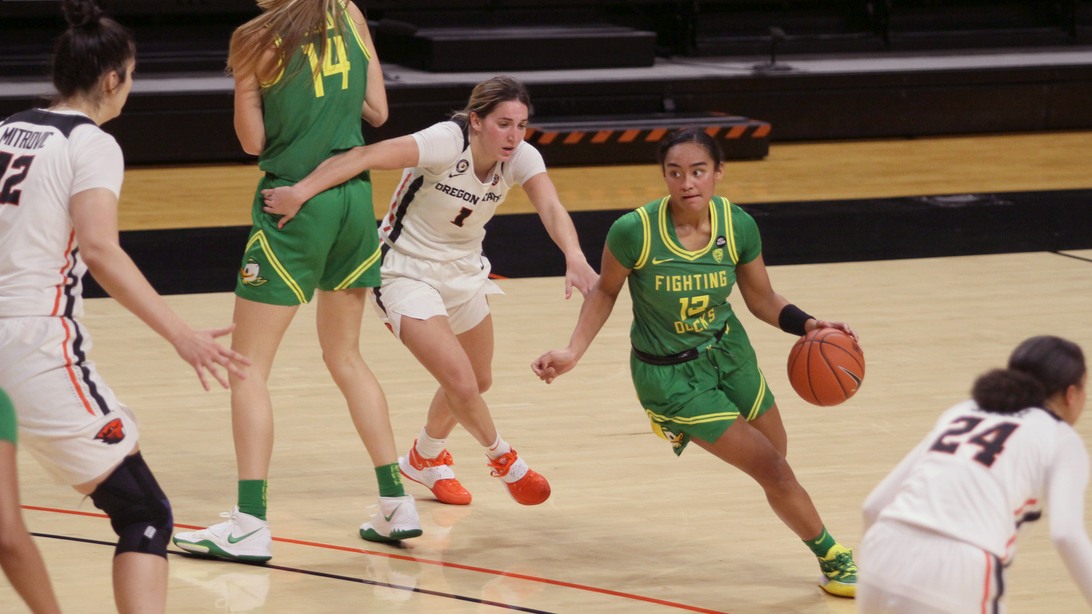 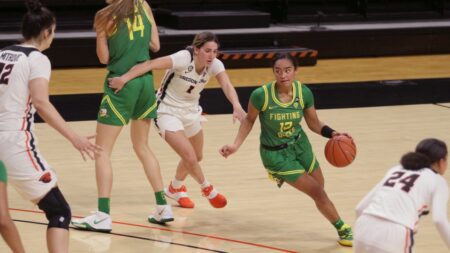 Perhaps the only thing that is the same in this in-state rivalry is the coaches. Everything else is vastly different.

Oregon and Oregon State threw out a bunch of new players after four years of epic games that went back and forth. So far, it looks like the Ducks had the easier time in transitioning into this new era as Oregon went up to Corvallis to defeat the Beavers 79-59.

It could have been much worse. 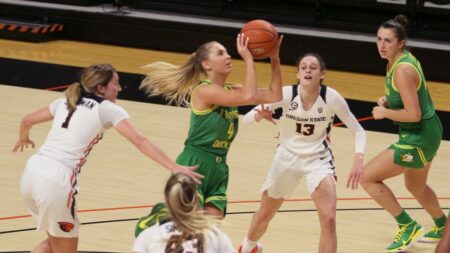 Te-Hina Paopao channeled her inner Sabrina and led the Ducks with 22 points, including nailing 4-of-5 from the three-point line. The true freshman wasn’t the only Duck to be hitting from long range. Taylor Mikesell scored 21 points on 5-of-8 shooting threes. As a team, the Ducks hit 12-of-24 on threes, most of those coming in the first half.

Oregon was able to put this game on ice in the first 20 minutes of action with nine of those 12 three-pointers. The Ducks went into the halftime locker room with a 45-24 lead.

“I was really proud of those first two and a half quarters, especially. In that first half we came out defensively, offensively on the boards. We did a lot of good things and it helps when we make 50 percent of our three-point shots,” Ducks coach Kelly Graves said. “I thought that really set the tone early and it was a good victory. The Beavers don’t lose like this very often.” 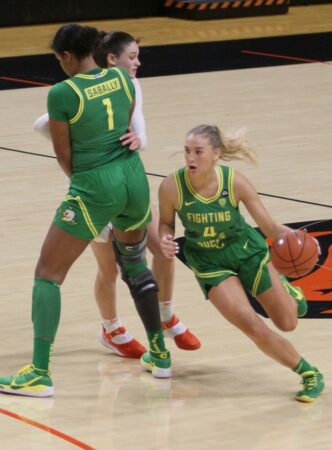 The Beavers might have been a bit too stubborn for their own good as they would not go out of the 2-3 zone even though the Ducks were ripping it to shreds. Half of Oregon’s field goals in that decisive first half were from three-point land.

Although OSU went to a player-to-player defense after the break, it was more of the same in the third quarter as the Ducks were able to extend their lead to 65-36 with three minutes remaining in that quarter.

Nyara Sabally and Taylor Chavez each scored eight and Sabally battled all night long in the paint against a taller Taylor Jones and Jelena Mitrovic. But Oregon’s 6-5 post grabbed six boards and dished out four assists.

Jones led the Beavers with 14 points and Mitrovic added 11.

Oregon had 11 different player score points, showing the diversity of the roster and how dangerous this team is now and will be in the near future. 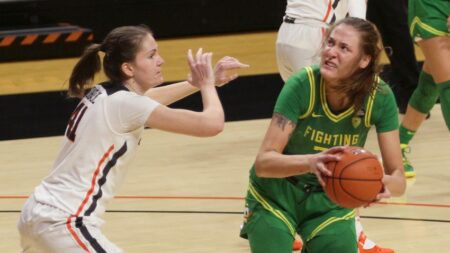 At 5-0 overall this season, the Ducks have won 24 straight games, dating back to last year. Oregon will remain on the road as they will go up to Washington to play the Huskies Dec. 19 and the Cougars Dec. 21.