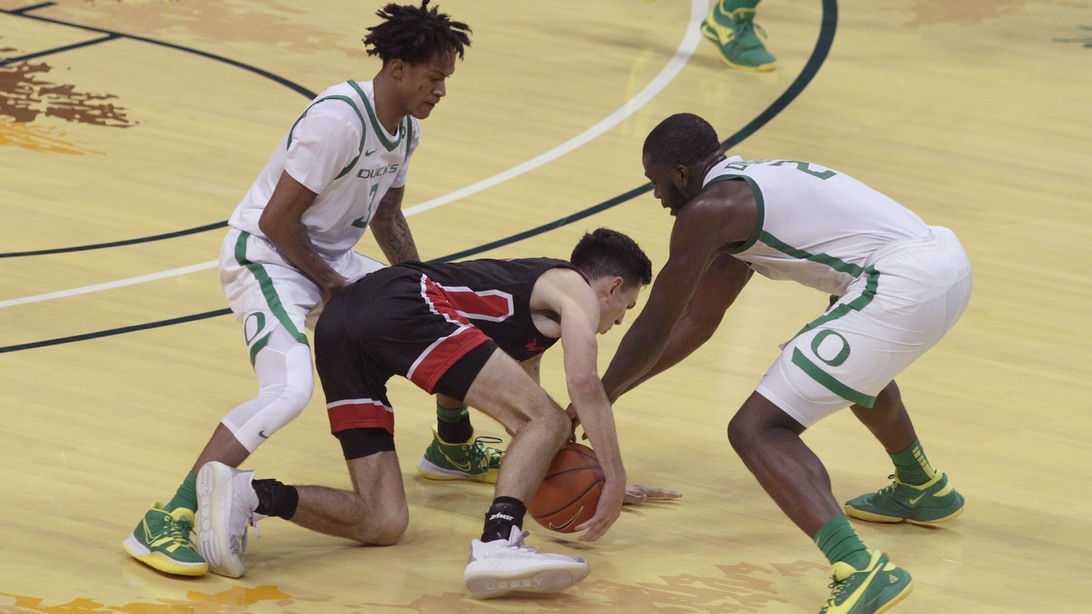 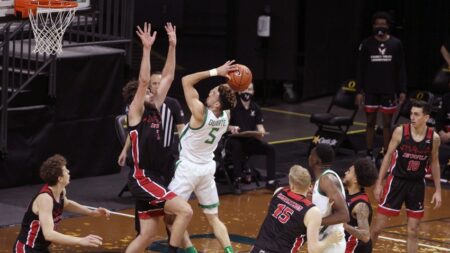 In the history of Oregon basketball, no one will look at this game as a work of art.

But considering the environment we’re all in, the phrase a win is a win perhaps means a lot more this season. And the Ducks will more than take it.

The Ducks men’s basketball team struggled in the first half before eventually pulling away from Eastern Washington 69-52 in their home opener inside Matthew Knight Arena. At 2-1, Oregon will now look to Florida A&M on Wednesday before the conference opener in Seattle.

This might have been a huge lesson for these Ducks, who are learning to play with each other and build some chemistry. No matter what the name is on the other side of the scoreboard, you have to take them seriously. Eastern Washington is favored to win the Big Sky and most likely would have been a tournament team last season.

The Eagles are a veteran team and it showed. Eastern came into the game 0-2, but both those losses were three-point losses to Washington State and Arizona. 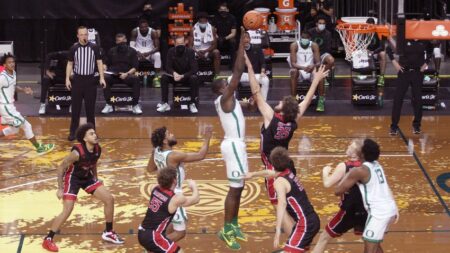 But one major factor of why an upset win didn’t occur tonight is that they shot just 5-of-26 from the three-point line (19.6 percent). Jacob Davison led EWU with 15 points and Tyler Robertson added 11.

Oregon was able to muscle their way in the paint against the smaller EWU team. Eugene Omoruyi led the Ducks with 18 points. Eric Williams, Jr. poured in 17 points, including 3-of-5 from long range. As a team, the Ducks hit 8-of-21from three-point land and 28-of-63 (44.4 percent) from the field. Oregon also pounded the glass, outrebounding the Eagles 44-31.

But the Ducks turned the ball over 14 times, something that needs to be cleaned up before the Pac-12 opener Saturday. Oregon will get one more tune-up when they host the Rattlers Wednesday at 8 pm.