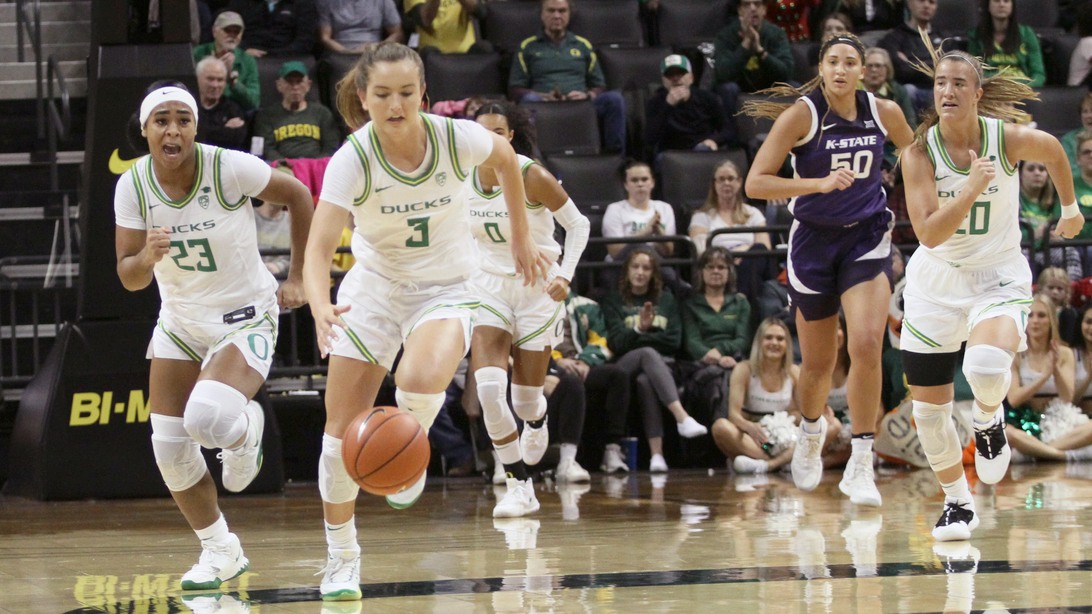 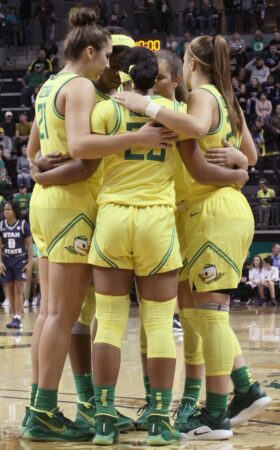 Missing out on an opportunity to reclaim their preseason position at the top of the national rankings following Baylor’s defeat of the previously top ranked UConn Huskies, the Oregon Ducks instead return to Eugene after a split against the Arizona schools.

Arizona State coach Charli Turner-Thorne has been at the helm 21 years in Tempe preaching in your face wall-to wall ball pressure and opportunistic offense. In the first game of the series, Oregon played right into the Sun Devils’ strengths with careless ball handling, poor shooting from both the floor and the free throw line while surrendering a 12-point fourth quarter lead in a 72-66 loss.

ASU converted 17 Oregon turnovers into 17 points on the scoreboard and sank 19 of 22 free throw attempts while the Ducks converted only 7-14.

Ruthy Hebards’ layup with just less than 10 minutes remaining in the game gave Oregon the lead 54-52.

Sabrina Ionescu’s 24 points and 10 rebounds were tops for the Ducks, with Hebard falling just short a her own double-double with 13 and nine.

Sunday’s tangle with the Wildcats was similar up to that point in the fourth quarter Oregon’s offense began shooting blanks against ASU.

Oregon State had dropped Arizona 63-61 in the last seconds of play in Friday’s matchup, leaving both the Ducks and the Wildcats desperate to salvage a split on the weekend.

A game that was evenly matched for three of the four quarters turned Oregon’s way in the second when the Duck defense limited Arizona to a pair of three point baskets and nothing more.  Oregon forced eight of the Wildcats 17 turnovers during the frame and to build a 35-26 halftime advantage.

In the second half Oregon was able to hold that lead to the final buzzer, fending off rallies that saw the Wildcats close the gap to three points on two occasions.

With a stat line of 17 points, 10 rebounds and 10 assists, Ionescu extended her career triple-double record with number 22.  The Ducks owned the boards 39-23 but again were careless with possessions turning the ball over 17 times for the second straight game.

Friday’s loss to Arizona State took a new wrinkle when the as yet unranked Sun Devils completed a remarkable sweep of the #2 and #3 teams in consecutive outings with a 55-47 win over the Beavers. As the dust settles from round two of the Pac-12 schedule, 5th-ranked Stanford and 8th-ranked UCLA sit atop the standings with the Bruins in possession of the only unblemished record at 16-0.

Oregon hosts the Cardinal on Thursday evening at Matthew Knight Arena with the opening tip set for 6:00 pm. The game will be carried on either ESPN or ESPN2.