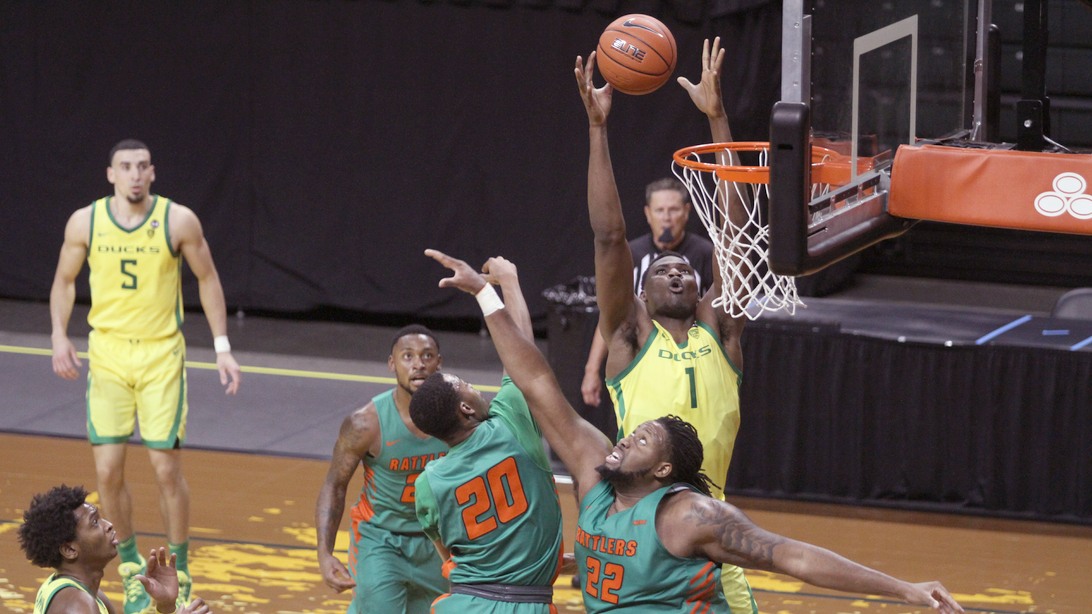 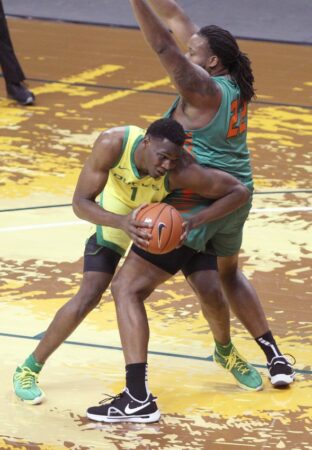 The Ducks will be the first ones to admit that they are a work in progress, but they played their best game three days before conference action is scheduled to begin.

N’Faly Dante was a perfect 10-for-10 from the field as Oregon blew by Florida A&M 88-67 inside Matthew Knight Arena. The Ducks are now 3-1 overall and will look to play at Washington on Saturday to open Pac-12 play.

The big 6-11 sophomore center’s previous career-high was 11 points, but against the smaller Rattlers team, Dante was a force inside as many of his field goals were dunks off of some sweet passes.

Chris Duarte led the Ducks with 23 points which included 3-of-7 from behind the three-point line. Unfortunately for Oregon, shooting the three just wasn’t in the cards tonight as they made just 6-of-23 from long range. But they really didn’t need to shoot the three all that often because they were able to use their size and athleticism to get to the basket almost at will.

This was the first game where Eugene Omoruyi didn’t lead the Ducks in scoring as in what could be considered his first “off night.” But he still scored 13 points. Eric Williams, Jr. added 11 and Chandler Lawson poured in eight in his best overall game of the season. 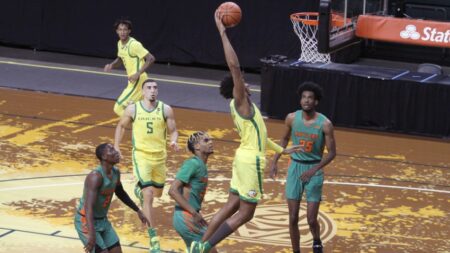 Overall, the Ducks shot 60.3 percent from the field on 38-of-63 from the field. One area Dana Altman isn’t going to be pleased is the free throw shooting where the Ducks made just 5-of-9.

Florida A&M, who was picked to finish third in the MEAC came into MKA not intimidated at all by the Pac-12 team or arena. The Rattlers hung in there early on and went on a 12-1 run midway through the second half to cut Oregon’s lead to just 12 at 61-49. But then the Ducks put on a press and extended their lead back up to 20 and the game was effectively over at the 5:00 mark.

Now the Ducks will go to Seattle to face a Husky team that is rebuilding. Washington is currently 1-3 with that only win coming tonight with a 73-41 victory over Seattle University. Tip-off is scheduled for 5 pm on the Pac-12 Network.