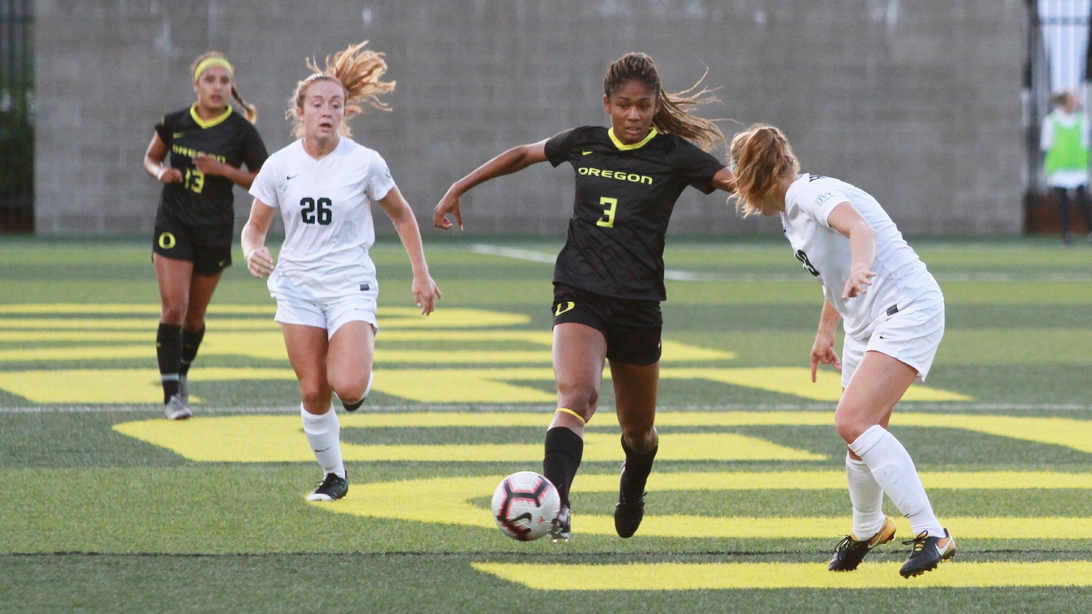 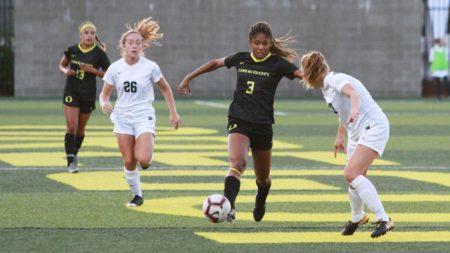 The Oregon Ducks improved their season record to 3-1-1 with a 2-0 win over Dartmouth Friday evening at Pape` Field.

Oregon established itself as the better side early in the match with several productive possession but nothing to show for their efforts until the 18th minute.

Marissa Everett took a Zoe Hasenauer pass up the left side and found Baylor Bruner with a well placed cross into the box. Bruner tapped it past the Dartmouth keeper for her first goal of the season.

Oregon added a second marker in the 66th minute when Eden Hardy chased down a ball in the right corner and found Emma Eddy open at the near corner of the box and the junior forward beat the Dartmouth keeper cleanly to the inside post for her third goal of the season.

Halla Hinriksdottir picked up her 11th career clean sheet and was credited with a pair of saves.

Next up the Ducks host Gonzaga on Sunday with first touch set for 3:00 pm.