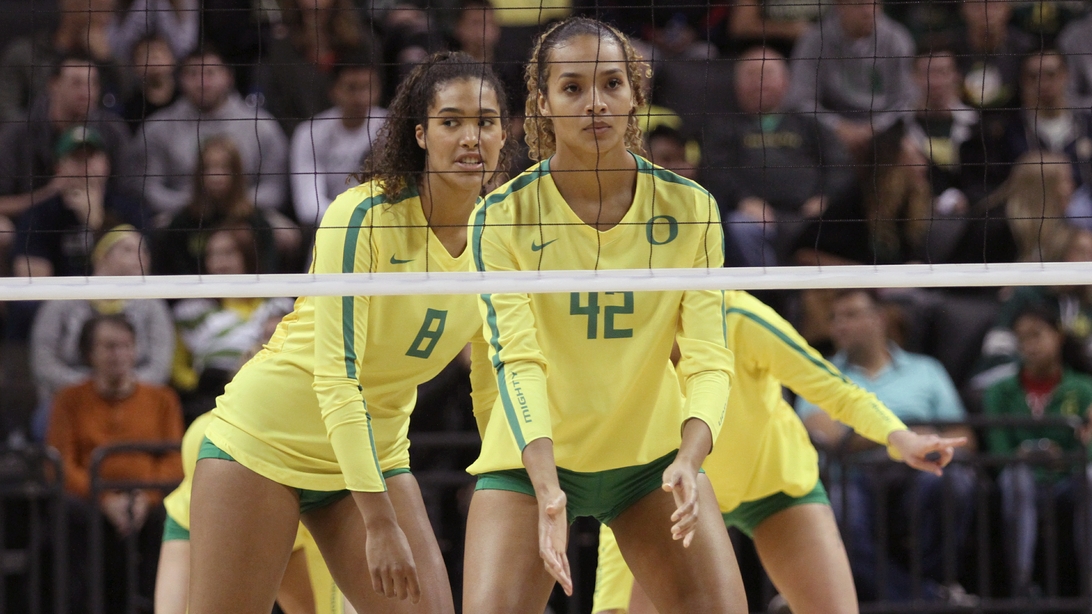 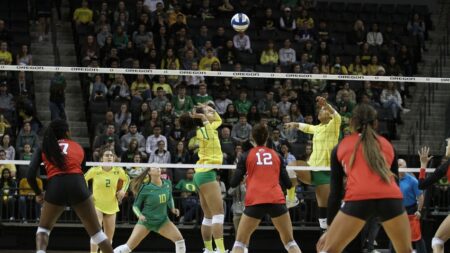 The Ducks cruised through the first two sets, establishing an early lead and keeping the Utes off balance with an aggressive service game and solid defense.

Whatever was said in the visitors locker room at the break had an immediate effect as Utah stormed back from a 14-11 deficit midway through the set to take a 22-15 lead and then closed out the Ducks after Brooke Nuneviller brought Oregon back to within a point  at 23-24.

The Utes snapped a tie at twelve all with a string of six straight points to take control of the fourth set, sending the match to the decisive fifth and final frame.

With the match on the line, Utah opened an early lead at 7-5 only to have Oregon fight back to knot the score at 13 to set the stage for late heroics from senior outside hitter Ronika Stone who closed out the match with a pair of back-to-back kills with assists on both from Nuneviller.

“It was getting too comfortable,” was Stone’s take on Oregon’s early lead slipping away.

“We have to know that we have to finish … I think we learned a lot of lessons so far. Too many in fact. You’re going to make errors, and with every point there’s a new lesson. We’ve learned the same lessons over and over again … We really needed this to remember how it felt … to have this one go our way really good.”

Willow Johnson led the Ducks with 18 kills, 13 digs and added a career five services aces to her stat line. Stone and Nuneviller each added 16 kills as the Ducks out hit the Utes .251 to .213 on the night.

The win evened Oregon’s conference record at 1-1, 5-6 overall. Next up the Ducks host top ranked Stanford on Friday at 7:00 pm. ESPN2 will televise.