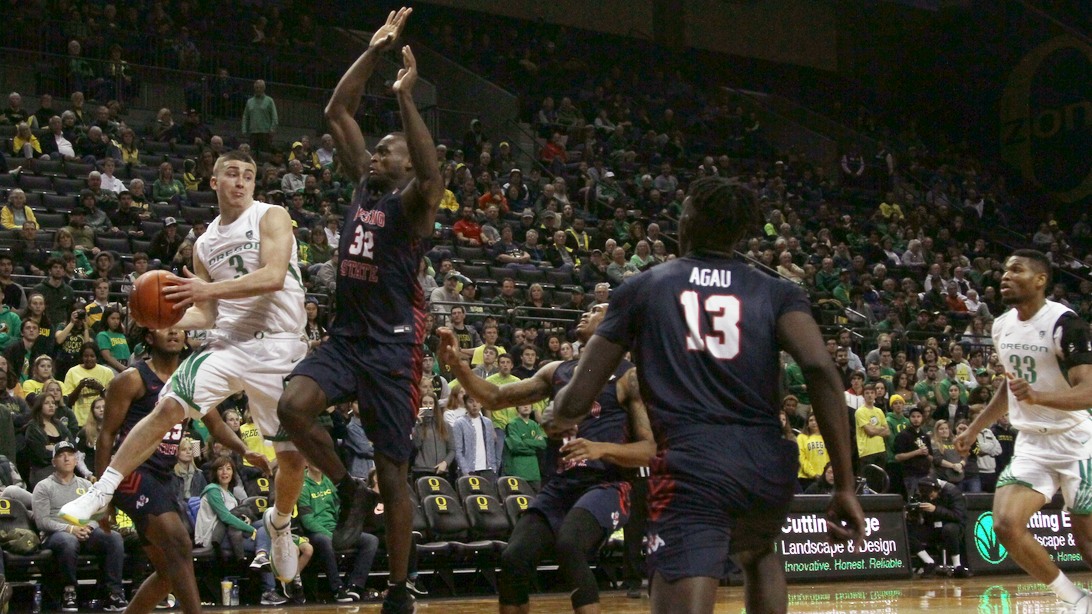 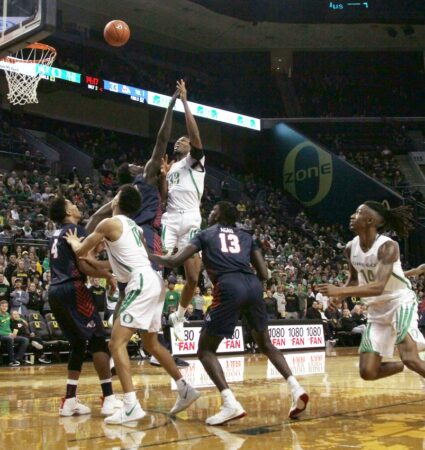 Oregon is going to win a lot of games this year because Payton Pritchard is in a Duck uniform and the best player on the floor.

That proved to be true in the first game of the 2019-20 season as the senior point guard led the Ducks with 24 points in Oregon’s 71-57 win over Fresno State. It was head coach Dana Altman’s 234 career win at Oregon, making him the winningest coach in school history passing Ernie Kent.

Newcomer Chris Duarte, who was the junior college player of the year last season, added 16 points and Francis Okoro poured in 10 to go along with a team-leading 10 rebounds for a double-double.

Of all of the new players that saw the floor for Oregon, it was senior Anthony Mathis that looked for the most comfortable. The former West Linn star, who won three state title with Pritchard, was 4-of-6 from the field for nine points.

Fresno State’s Nate Grimes was the only Bulldog to get into double figures with 13 points. Given the way they shot the ball, it’s not surprising no other Fresno State player scored a whole lot. The Bulldogs shot 19-of-55 (34.5 percent) from the field and 9-of-36 (25 percent) from long range. They had to get hot from three-point land to achieve that percentage. At one point, the Mountain West team was 4-of-25 from downtown.

Oregon wasn’t that much better, however.

The Ducks were 25-of-60 (41.7 percent) shooting and made just one three-point shot the entire night on 13 attempts.

Teams are going to need some time to adjust to the new three-point line. It was moved back to 22 feet, 1 ¾ inches from 20 feet, 9 inches for the men. The women kept the close distance.

After a feeling out period that saw the two teams tied at 16-16 with 10 minutes left to play in the first half, Oregon eventually pulled away, using an 18-6 run to go into the halftime break up 38-27.

The Ducks eventually built up a 20-point lead at 58-38 with 9:38 left, but then the Bulldogs finally started to make some of those long range shots. Fresno State hit threes on five consecutive possessions and cut that 20-point lead exactly in half at 60-50 with 6:39 to go.

Oregon’s advantage dwindled down to single digits just once, at 64-55 with 4:08 left. Duarte and Will Richardson each nailed two free throws for a 13-point lead just under the three-minute mark and that, as they say, was that.

Boise State is the next team to come into Matthew Knight Arena on Saturday. The Broncos were 13-20 last season and played Oregon twice in a rare in-season home-and-home. The Ducks won 66-54 in Eugene and 62-50 in Boise.