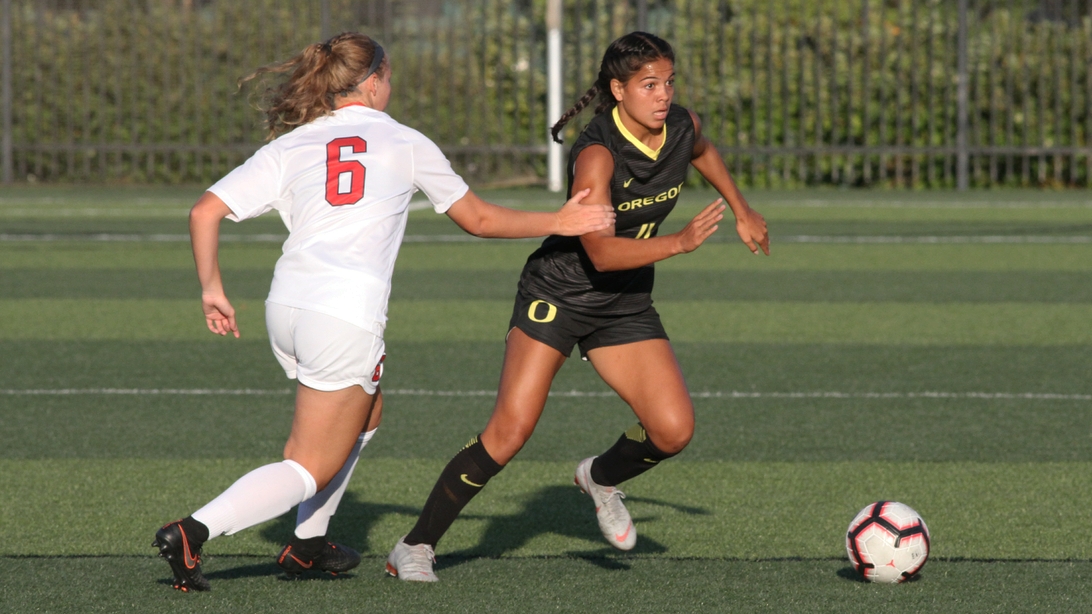 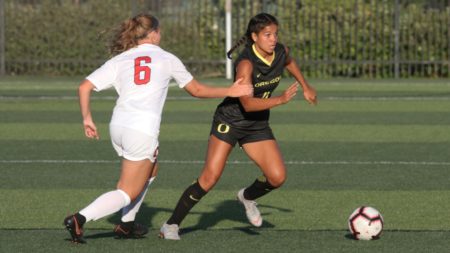 The Oregon Ducks rallied from a one goal deficit to defeat Stony Brook 2-1 Friday evening at Pape` Field to open the 2018 campaign.

Eden Hardy took possession of a loose ball in the box and flicked a perfect cross to teammate Emma Eddy who didn’t miss from point blank to the far post.

Hardy also was the catalyst for Marissa Everett’s goal that leveled the match at one in the 38th minute. Her deflected shot settled at Everetts’s feet and the senior forward didn’t miss.

Both players subbed on after the Ducks conceded the opening goal in the 26th minute despite having the better of the SeaWolves for most of play to that point.

Stony Brook’s Alyssa Francese beat Oregon keeper Halla Hinriksdottir cleanly to her left side from a dozen yards out.

Everrett’s goal sent the teams into the half even and Oregon head coach Kat Mertz said he told her side to “take a deep breath.”

“For us it was just settling down, being confident and having fun out there,” she said.

The advice paid dividends with Eddy’s game winner although Stony Brook had the Ducks scrambling on defense during a furious late match stretch as they threw everyone forward in an attempt to pull even.

The Oregon defense was up to the task and put the match in the “win” column.

Next up for the Ducks will be the Clemson Tigers – an NCAA sweet sixteen team a year ago. First touch is set for 5:00 pm.