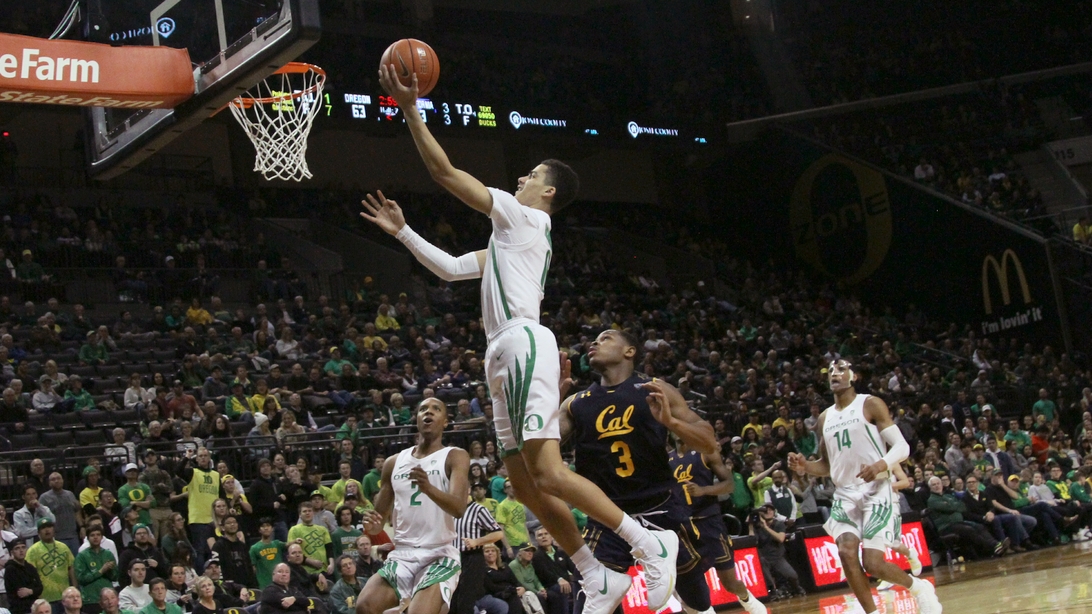 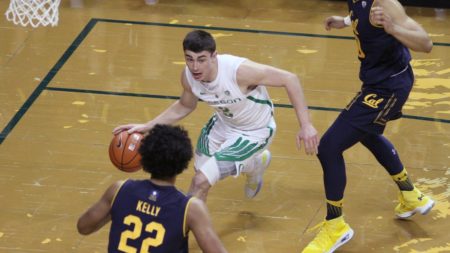 Road sweeps have been a rarity in Pac-12 basketball this season and the Ducks were one good half away from being the first.

Unfortunately, a bad second half at Stanford denied Oregon the sweep in the Bay Area, but the Ducks will definitely take the split.

They began the trip in Berkeley where Oregon made just enough down the stretch to take a 77-72 victory over Cal. Payton Pritchard led the way with 21 points and eight assists to propel the Ducks to a 45-point second half.

Chris Duarte continued his torrid streak of good play with 19 points and Will Richardson added 15.

The Bears took a 54-47 second lead, but the Ducks responded with an 8-1 run to tie the game at 55-55 with eight minutes left. The two teams went back and forth for the rest of the game, but Oregon scored 12 points in the next four minutes and coupled that with some solid defense to take a 67-60 left with four to play and the Ducks held on for the win.

In Palo Alto, Oregon claimed a eight-point halftime lead, but the Ducks couldn’t hold on this time and went down 70-60.

The Ducks went ice cold from the field, going just 6-for-30 in the second half and they were outscored 42-24 in the final 20 minutes of action. Pritchard and Duarte were each 5-of-21 from the field.

Richardson led the way with 17.

Despite the loss, Oregon still find itself all alone in first place in the Pac-12 with a 7-3 record and 18-5 overall.

Now the Ducks will have a week off before going to Corvallis to face a Beaver team that also got a Bay Area split. Oregon State is 3-7 in conference play and 13-9 overall.