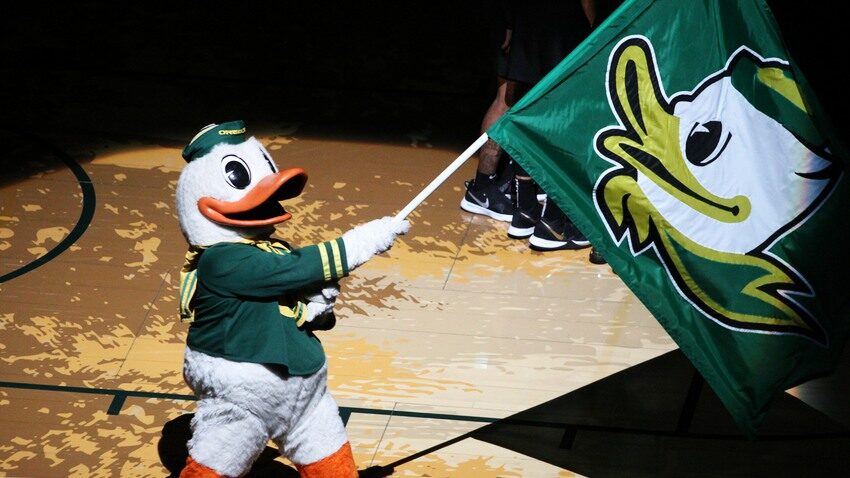 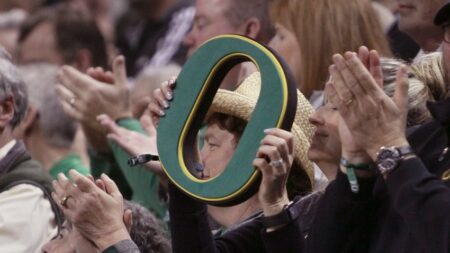 The 8th-ranked Oregon Ducks saw a 27-game win streak snapped by the UCLA Bruins 73-71 Sunday afternoon at Matthew Knight Arena. The loss was also the Ducks first on their home floor since falling to the Bruins nearly two years ago, a 74-69 setback on February 22, 2019 – a stretch of 23 straight games.

Twice the Ducks stormed back from double digit deficits – once in the closing minutes of the third quarter and then again in the game’s final seconds but were unable to get over the top.

Center Sedona Prince (injury) and Taylor Chavez (personal reasons) each sat out their second straight game but after missing Friday’s contest with USC freshman Sydney Parrish returned to action for the Ducks.

Oregon takes to the road for two weeks, first facing top ranked Stanford then California next weekend before traveling to the desert to play the Arizona schools the following week. The Ducks return to Matthew Knight Arena to host Washington State on Friday, January 22nd, the time of the opening tip has yet to be announced.