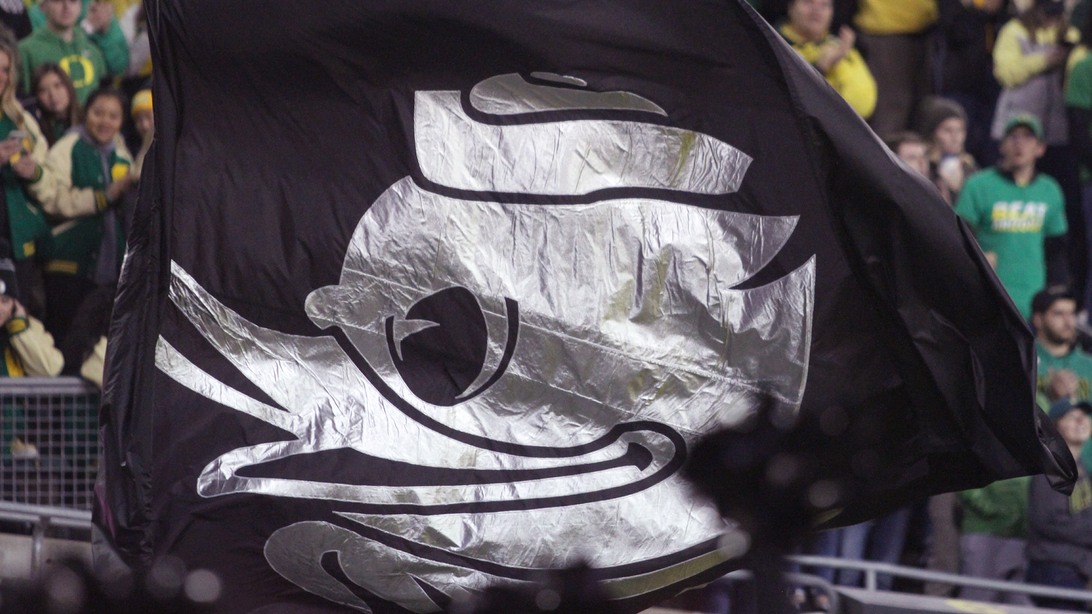 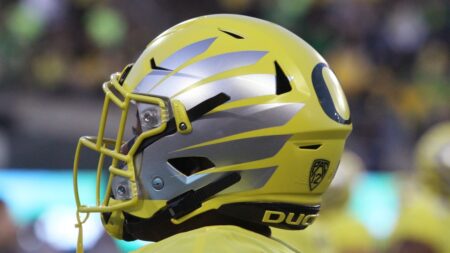 A football season that had no precedent came to a disappointing close for the Oregon Ducks with a 35-17 loss to the 10th-ranked Iowa State Cyclones in the Fiesta Bowl.

The Ducks were their own worst enemy against a big, physical Big XII team that didn’t need the extra help. Three lost fumbles, an interception, a botched pooch kick and a misplayed punt sabotaged any opportunity Oregon may have had for a second straight New Year’s bowl game.

For their first two possessions the Ducks looked to match up with the Cyclones. After yielding a 15 play, 75-yard scoring drive on their first possession, the Ducks responded with a 7-play 73-yard drive of their own to even the score at seven.

Quarterback Tyler Shough connected with Micah Pittman and Travis Dye to move the Ducks into Iowa State territory, then Dye’s 23-yard bolt between the tackles set up the Ducks for Anthony Brown’s 6-yard touchdown scamper.

The Cyclones’ took the lead right back early in the second quarter thanks to their methodical ball control offense, grinding out a 14-play 69 yard scoring drive that consumed eight minutes of clock.

But again the Ducks were able to knot the score but only after Dye lost a fumble on Oregon’s own 15 yard line. A goal line stand gave Oregon the ball back when the defense stuffed Iowa State quarterback Brock Purdy for no gain on 4th and goal from the two.

With Brown in for Shough behind center, the senior graduate transfer directed the Ducks on a 98-yard scoring drive, completing five of seven passes then scrambling the final 16 yards to level the score at 14.

Then the wheels fell off for the Ducks.

A targeting penalty to the Ducks’ Isaac Slade-Matuatia started the defensive possession off on the wrong foot and 1:33 later the Cyclones took the lead for good when Brock Purdy snuck in from the one.

The ensuing pooch kick off eluded D.J. Johnson and the Cyclones recovered the loose ball on the Oregon 27 yard line. Working with the short field, Iowa State running back Breece Hall picked up 18 yards on 2nd and two, then scored from the one yard line on the next snap and the Ducks trailed 28-14.

With Brown returning at quarterback the Ducks moved the ball to the Cyclones’ 29 yard line before the drive stalled and Oregon settled for Henry Kattleman’s 47-yard field goal.

In the second half the Ducks were able to keep the Cyclones out of the end zone –yielding only a pair of field goals- but were unable to fashion enough offensive firepower to close the gap.

Brown and Shough combined to complete 19 of 28 passes for 226 yards but the Ducks could only gain 86 total yards on the ground.

Meanwhile the Cyclones dominated the stat sheet with 228 yards of rushing and owned a better than 25 minute advantage in time of possession.

In a season that started late and resembled nothing like any season before, the Ducks head into the offseason as the two-time defending Pac-12 champions and high hopes for the 2021 season. But they will do so with the knowledge that in their 4-3 record fell far short of their hopes and expectations and that at least two of the losses – if not all three – could be directly attributed to self inflicted miscues. Head coach Mario Cristobal and his staff will certainly make this a point of emphasis in the coming spring camp and then into what will hopefully be a more traditional collegiate football season next fall.