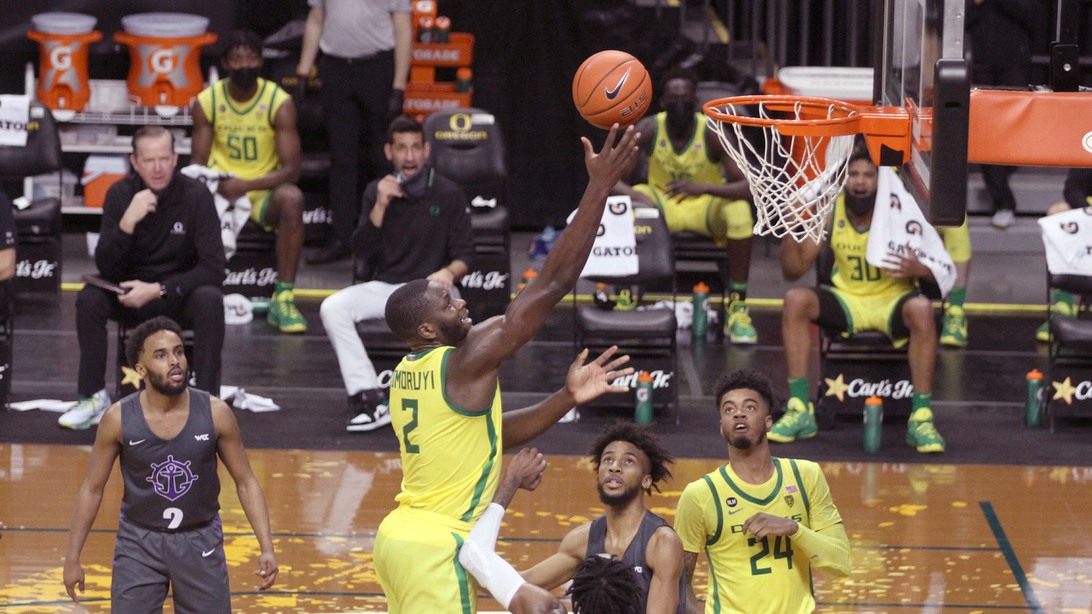 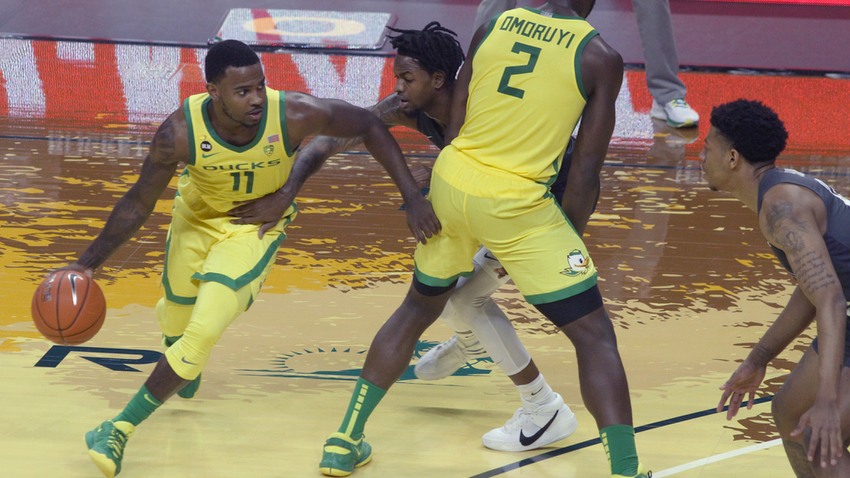 This Portland men’s basketball team defeated the Beavers in Corvallis 87-86 in overtime.

Only time will tell what that means for either team or for the Ducks as Oregon was able to easily handle the Pilots 80-41.

The Ducks are now 6-1, winners of six straight with the gauntlet of Pac-12 games upcoming beginning with UCLA Dec. 23 inside Matthew Knight Arena.

Portland found out the hard way that when the Ducks lockdown on the defensive end of the floor, they’ll be tough to beat. Oregon held Terry Porter’s club to just 21 percent from the floor on 12-of-56 shooting. 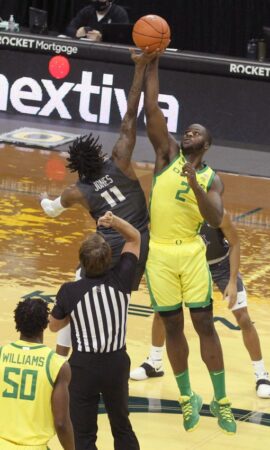 On the other end of the court, Oregon was lighting it up, going 32-of-56 from the floor (57 percent). Chris Duarte led the Ducks with 21 points and LJ Figueroa had his best overall game as a Duck with 15 points and six rebounds.

Figueroa started for the first time this year as Oregon announced today 6-11 center N’Faly Dante tore his ACL in his right knee that will cause him to miss the remainder of the season and a good portion of the 2021-22 season as well. He’ll undergo surgery on Thursday.

With Dante’s absence, it figures that Chandler Lawson, Lok Wur, and the new 6-11 center Franck Kepnang, who reclassified and is immediately eligible.

Even without a big guy in the middle against the Pilots, it didn’t matter. Eugene Omoruyi and Figueroa made several plays down in the post. Omoruyi scored 10 points, but he was one of 11 Ducks to score. 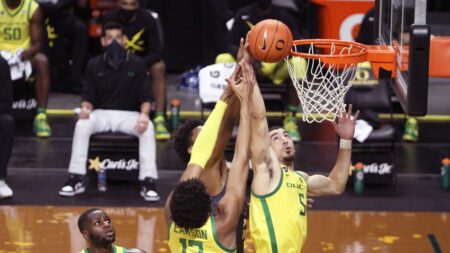 For Portland, it was tough sailing as Chase Adams led the Pilots with just nine points. At one point, the Duck defense was so good that with 16 minutes left in the entire game, Portland had managed just five field goals.

As the season goes along, the Ducks are getting better and better and just in time with the conference season in full swing next week.

Oregon will host the Bruins Dec. 23 at noon televised on ESPN2.