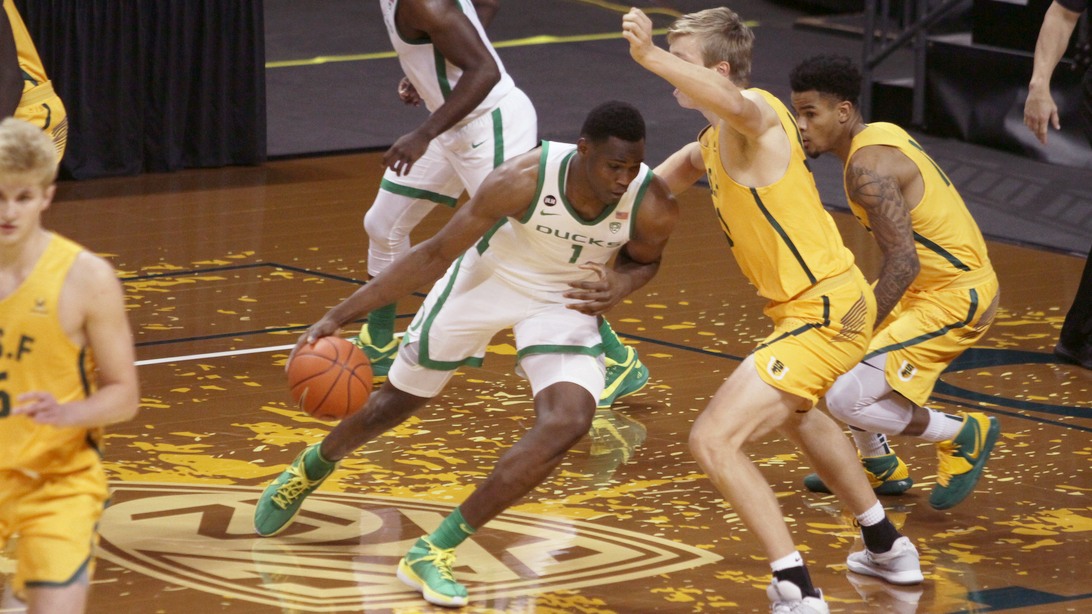 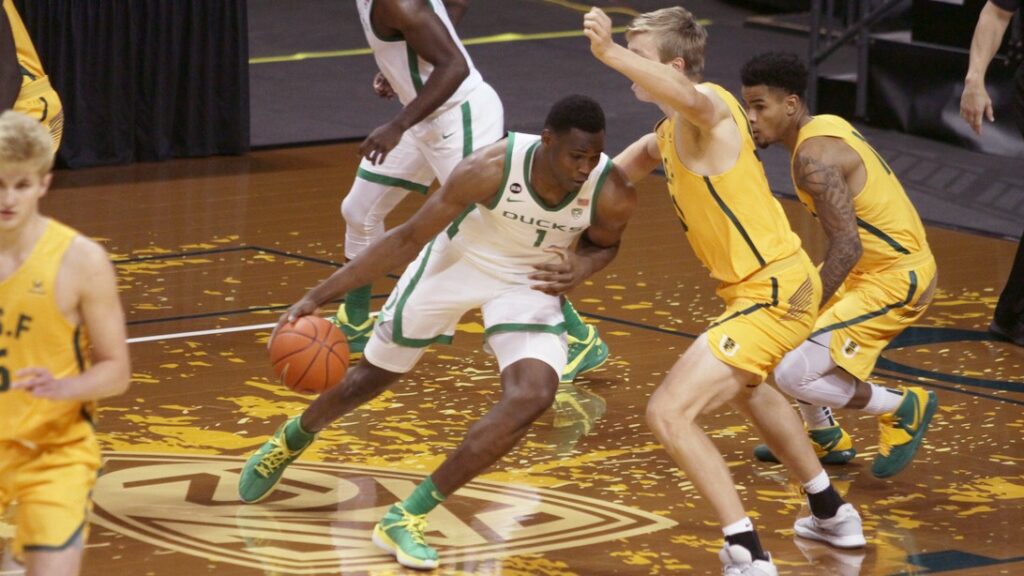 Ever since Dana Altman arrived in Eugene, he has preached defense to his teams and that was prominently on display Thursday night as the Ducks shut down San Francisco to go on to a 10-point win, 74-64.

Oregon is now 5-1, winners of five straight with Portland next on the docket Saturday. Meanwhile, USF, who has defeated then No. 4 Virginia and lost to Cal at the buzzer, fell to 5-4. 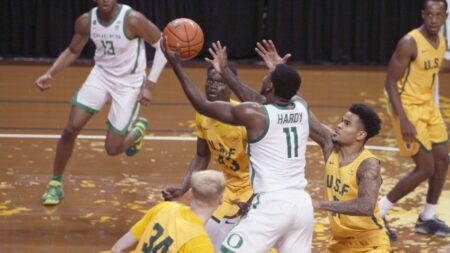 But the Dons showed why they are going to be a tough team to beat in the West Coast Conference as they have scrappy guards and a nice inside presence. Tonight, however, the three-point shot wasn’t exactly their friend. USF made three of its first 25 shots from long range, eventually going 8-for-35 on threes. It broke a string of 10 consecutive games where the Dons made 10 or more threes.

Oregon wasn’t hitting its share either from behind the line. The Ducks made just 4-of-19 from long range. They did however take advantage of their height in the middle and athletic guards to get to the rim for either some easy shots, get fouled, or both. 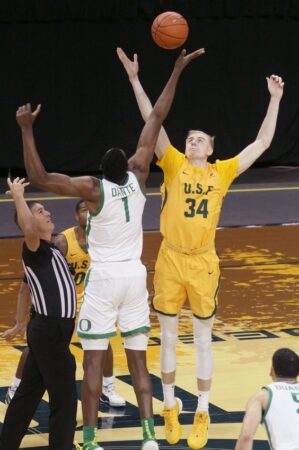 Early on, USF had the Ducks stifled offensively and the Dons had a 16-9 lead. But then Oregon found some rhythm and discovered that they could drive to the hoop almost at will. A seven-point deficit quickly turned to a nine-point lead at 29-20 and the Ducks never looked back.

San Francisco managed to finally knock down some threes as the game wound down and even cut the deficit to just six at 70-64 with 1:31 left, but it was too little, too late.

Now Oregon will have less than 48 hours to prepare for a Portland Pilots team that is currently 5-1, including an 87-86 overtime win over Oregon State in Corvallis. Game time is set for noon Saturday televised by the Pac-12 Network.