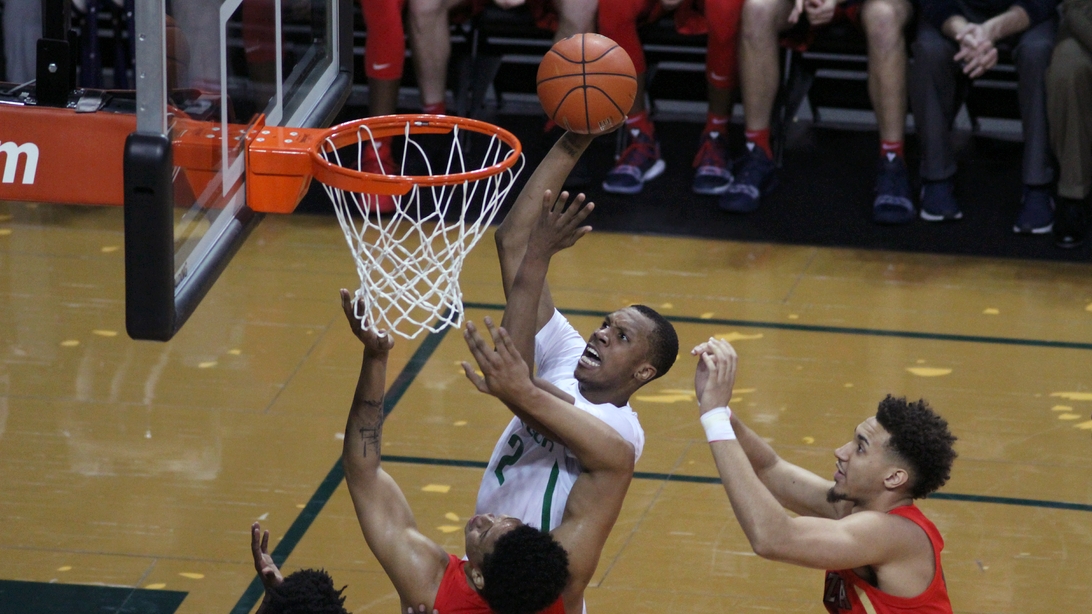 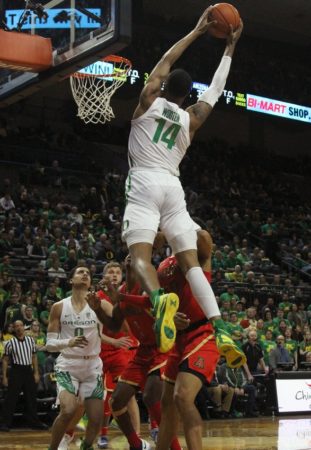 No one in their right mind would have thought in the two games against Oregon this weekend, the Arizona schools would combine to score less than 100 points in the two games.

The Sun Devils mustered up 51 points on Thursday and the Wildcats were even worse as they scored a grand total of 47 tonight.

Defense was turned up to full volume as the Ducks ran away from Arizona 73-47 in front of 11,339 on Senior Night.

Ironically, it was the freshmen that were the stars on this particular night that honored Oregon’s two seniors in Paul White and Ehab Amin. Louis King led a balanced scoring attack with 14 points, with Will Richardson adding 12 and Francis Okoro pouring in 10 points and bringing down seven rebounds.

Okoro had a breakout weekend as he set a career-high of 10 boards two night ago and then played like Karl Malone for a long stretch of minutes in the second half tonight. Okoro has always had the body of Malone and he finally played like the Hall of Famer. If he can provide this kind of presence down low for the remainder of season, the Ducks might play a lot of games in March, no matter which tournament they happen to find themselves in.

With the win, Oregon improved to 8-8 in conference play and 17-12 overall. The loss for Arizona just continued its struggles this season as the Wildcats fell to 8-9 in Pac-12 action and an un-Arizona-like 17-13 mark overall.

Arizona was coming off a stunning 74-72 buzzer-beating win in Corvallis two nights ago, but there wouldn’t be any such shot in Eugene.

But the ugly numbers for Arizona do not stop there, however.

Once the three-pointers dried up, so did the Arizona offense.

Oregon was 8-of-22 from long distance and the Ducks shot 44 percent (27-of-61) from the field for the game. They also turned the ball over just three times, a season low.

With the home schedule over, the Ducks will now turn their attention to the road and an important weekend up in Washington with a trip to Pullman coming up first.

The Ducks and Cougars will face off on Wednesday for an 8 pm tip on Fox Sports 1. WSU is 4-12 in conference action, 11-18 overall and are coming off a bad week in the Bay Area where Stanford crushed them and then Cal defeated them 76-69 for the Bears second league victory.