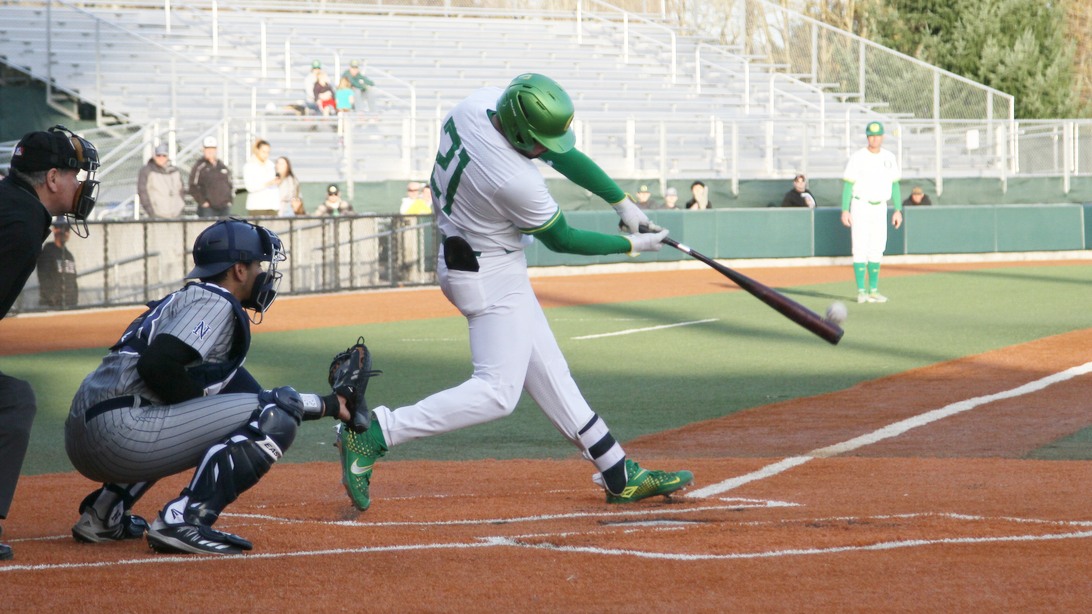 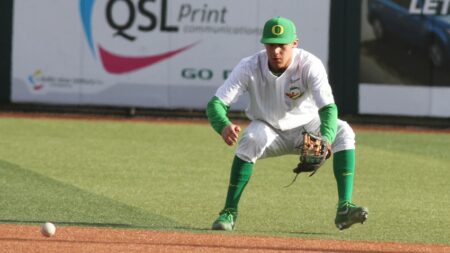 The Ducks are on a seven-game win streak after winning all their games on the first homestand of the season, including taking a four-game series from  UW-Milwaukee.

Oregon is now 7-4 and a new found confidence as it goes across the Pacific Ocean to take on Hawaii in another four-game series.

After that sweep of Nevada, Oregon welcomed the Panthers into town, a team that was 1-7 coming in. They wound up leaving town with a 1-11 mark.

The series opener was the best game of the series as the Ducks had to rally in the late innings to take the victory.

Down 4-2 in the bottom of the eighth, the comeback started when Anthony Hall hit his first homer of the season to make it 4-3. Still down a run, Oregon tied the game later in the eighth when Jack Scanlan singled home Aaron Zavala.

The game remained tied at 4-4 until the 11th when Gabe Matthews crushed a fastball to right-center for a two-run walk-off home run and the 6-4 win.

With a late night behind them, the two teams had to rebound quickly for a Saturday doubleheader where the Ducks were able to take two.

In Game 1, Robert Ahlstrom threw seven innings, giving up just two runs and seven hits in Oregon’s 7-2 win. Keaton Chase came out of the bullpen and pitched two perfect frames to close out the contest. Kenyon Yovan and Matthews each had three hits as Oregon scored five runs in the first three innings to cruise.

The Ducks took the night cap 6-0 thanks to a big five-run third inning and Peyton Fuller dominating on the mound. Full threw six innings, giving up just two hits and struck out eight.

For the series finale, Oregon once again took an early 2-0 lead and rode the wave of Brett Walker’s arm to take a 6-1 win. Walker went six innings, gave up three hits and whiffed four. The game stayed at 2-0 until Milwaukee finally crossed home plate in the seventh to make it 2-1.

But the Ducks added two insurance runs in the bottom of the seventh and two more in the eighth. Zavala went 3-for-3 at the plate and two RBIs and Gavin Grant added three more hits including a triple.

Now Oregon travels to the islands to take on an 8-5 Hawaii team that went to No. 2 Vanderbilt last weekend and gave the Commodores all they could handle before losing two of three.

The Ducks then open Pac-12 action next weekend at UCLA before returning home March 20-22 to face USC.