Ducks Come Down From The Mountains With A Split

HomeBasketball (M)Ducks Come Down From The Mountains With A Split 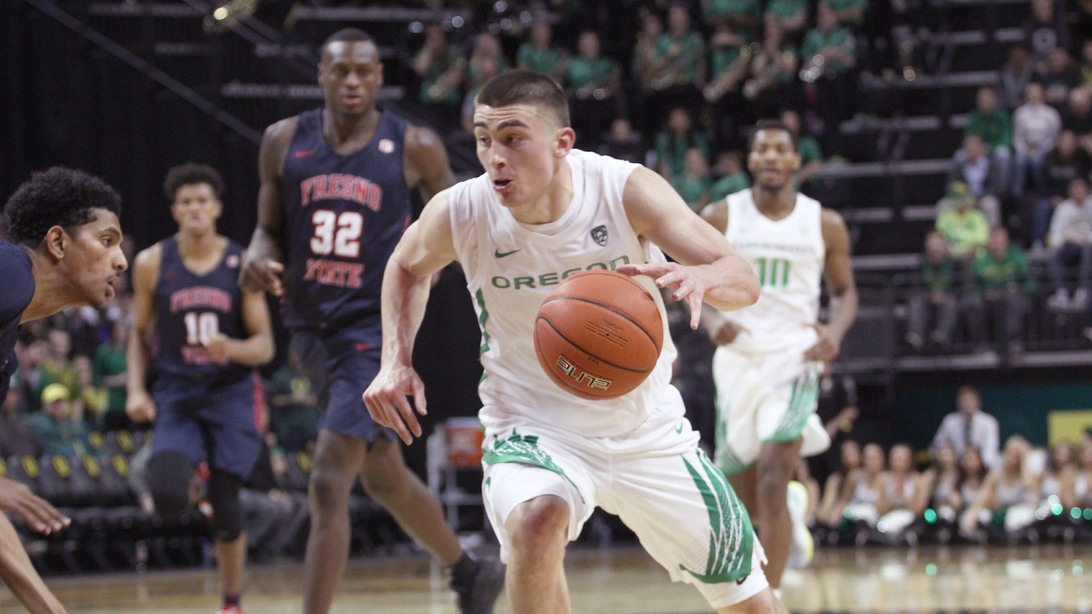 Ducks Come Down From The Mountains With A Split 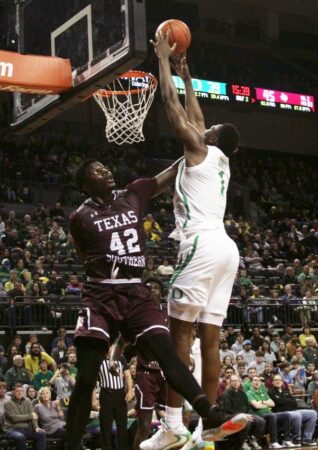 Any road win in the Pac-12 conference is a big win and that’s exactly what Oregon got Saturday night at Utah.

In perhaps the most difficult road trip in the league, the Ducks were about to get out of the mountains with a road split.

After a disappointing loss at Colorado, a place they’ve never won at, the No. 4 Ducks were able to hang on and get a huge 69-64 victory over the Utes.

Oregon held Utah scoreless for the final 2:45 of the game in order to seal the road win.

With the victory, the Ducks moved to 12-3 overall and 1-1 in league action with Arizona scheduled next on Thursday which promises to be another classic Pac-12 matchup in Eugene.

With 10 minutes left in the game, Richardson hit a three-pointer to give the Ducks their biggest lead of the game at 56-46, but then the Utes were able to go on a 12-0 run over the next few minutes to take a brief 58-56 lead.

With all the momentum on Utah’s side, Pritchard hit a huge three from the left wing to regain the lead and to quite the crowd momentarily. Utah took the lead right back, but Richardson drove the lane and dished to Chandler Lawson for a lay-in for the 61-60 lead.

The duo of Richardson and Lawson came through once again 90 seconds later to give the Ducks a 65-62 lead with 3:26 left. After a big defensive stop, Oregon didn’t waste any time pushing the ball down the floor and Shakur Juiston laid the ball in to make it a two-possession game at 67-62 with 2:52 to go.

Utah then made two free throws and that proved to be its last points of the game as Oregon stifled Utah’s offense the rest of the way. Not only was it a big road win, it was a huge win to add to the Ducks’ tournament resume. The Utes were 11-3 coming in with one of those victories coming against Kentucky on a neutral site.

Unfortunately the conference opener in Boulder didn’t go Oregon’s way as the Ducks’ struggles at Colorado continue. Oregon has a hard time getting its offense rolling, going just 3-of-18 from long distance in a 74-65 setback to the Buffaloes.

Pritchard led the way with 21 points and Chris Duarte added 10. But those were the only Ducks in double figures.

Oregon and Arizona are scheduled for a 6 pm tip Thursday on either ESPN or ESPN2 in front of what promises to be a loud and raucous Matthew Knight Arena crowd.