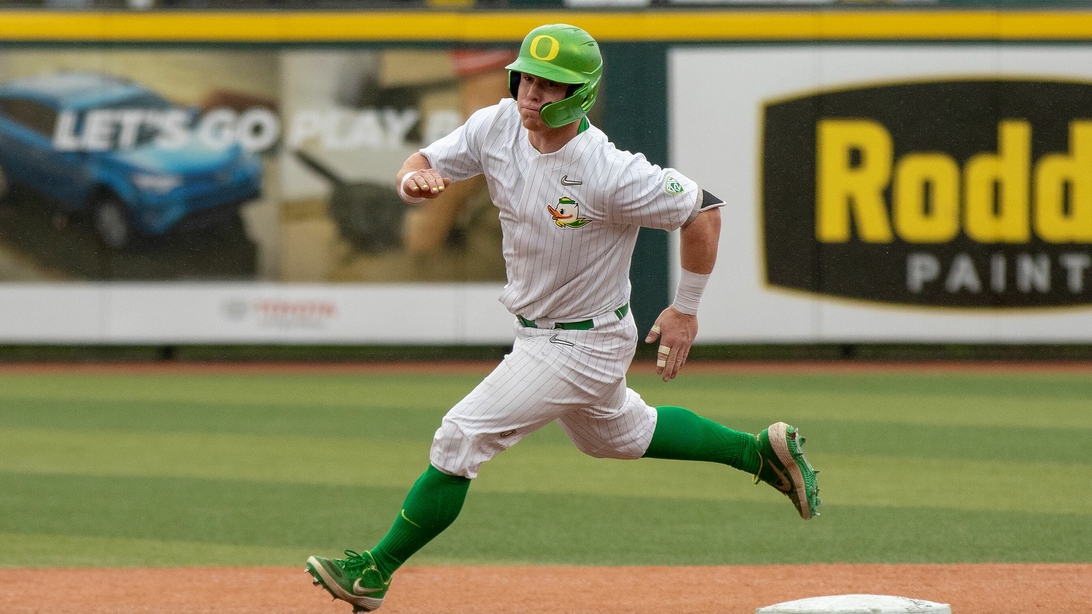 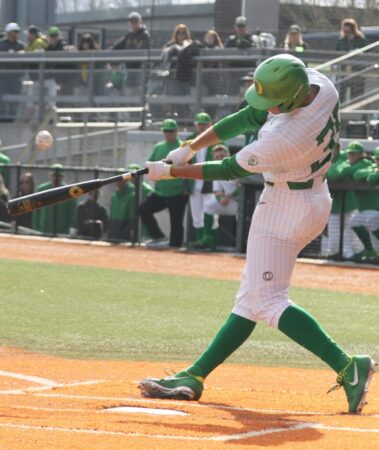 It might not have been the weekend Oregon baseball envisioned, its four-game series in Hawaii proved a couple of things.

The Ducks aren’t that far off from competing and winning at a high level and they also have a fairly reliable offense.

Oregon did leave the islands losing three of the four games, but the Ducks did salvage the series finale and have an 8-7 record as Pac-12 play begins this Friday.

Having an offense that can put runs on the board on a regular basis is something the Ducks haven’t enjoyed in a very long time. Oregon’s bats exploded for a baker’s dozen Sunday with the 13-2 win over the Rainbow Warriors.

Kenyon Yovan, who is making quite the impression at the plate in the early going, belted a two-run homer in the top of the first to get things going. His home run was his fourth of the year and it was just the start of the Ducks bashing Hawaii pitching.

Oregon scored three in the third and then Aaron Zavala crushed his first home run of the season to make it 6-0. The freshman is hitting a cool .417 and has driven in 22 runs.

Later, Jack Scanlon belted out his second homer of the season, the third-run variety, to make it 11-0 in the sixth and that was more than enough for starter Brett Walker to win his third game so far.

Building up big leads early was a habit for the Ducks, but until that last game, they weren’t able to hold on to them.

In the series opener, Oregon led 4-1 going in the sixth before giving up five huge runs and losing 6-4. In Game 2, it wasn’t much of a contest as Hawaii scored six runs in the second inning en route to a 13-5 victory.

Hoping to somehow get a series split by winning the third game, the Ducks got off to a hot start. They were up 5-0 going into the fifth, but Hawaii struck for two in the fifth and four in the seventh to take a 6-5 lead. Oregon managed to tie the game in the top of the ninth. Hawaii, however, was able to take advantage of some poor defense and scored the winning run on an error.

Now Oregon’s road trip continues with the Pac-12 opener at No. 4 UCLA in what figures to be an uphill battle. The Bruins are 13-2 overall. Those two losses have come in the past week with defeats to Santa Barbara and TCU.

UCLA has been an offensive juggernaut so far, hitting .308 as a team and scoring over seven runs per contest.

Game 1 from Jackie Robinson Stadium is scheduled for 6 pm. Saturday’s contest is at 2 pm and 1 pm on Sunday. All of the weekend games can be listened to on the Oregon Sports Network.