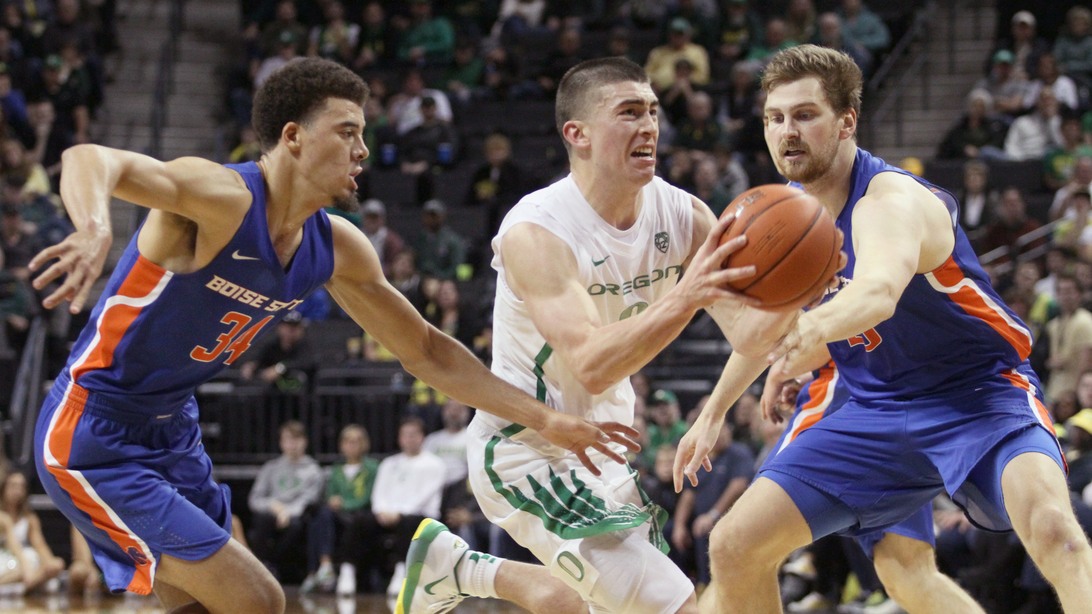 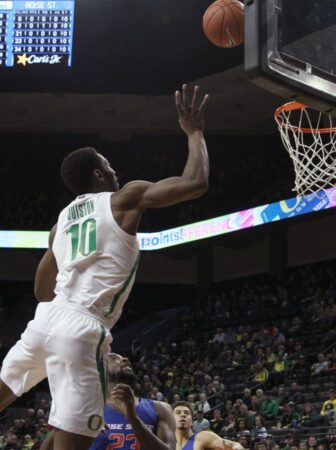 Maybe moving the three-point line back won’t be a big deal after all.

In its first game, Oregon was just 1-of-13 from long range and questions were being raised as to whether the line, now at 22-1 ¾” might be too far back or not.

But against Boise State, it didn’t matter as the Ducks were 13-of-19 from behind the arc in a 106-75 trouncing of the Broncos. Oregon moves to 2-0 before its big non-conference game against No. 14 Memphis on Tuesday at the PK Invitational in Portland.

Anthony Mathis led all scorers with 30 points and Payton Pritchard filled the stat sheet once again with 19 points, seven assists and six rebounds. These two former high school teammates at West Linn are quickly regaining the chemistry they showed when the duo won three state championships. Mathis was 10-of-12 from the field, including 9-of-11 from long range.

The senior transfer from New Mexico wasn’t the only Duck filling it up from the floor, however.

In Oregon’s first game, it was more of a defensive affair, but against the Broncos, defense for both teams seemed secondary. The Ducks did a much better job in locking down their opponent than their Mountain West counterparts.

Boise State shot 43 percent from the field, but just 26 percent (6-of-23) from downtown. Derrick Alston led the Broncos with 28 points with Alex Hobbs pouring in 18.

The Ducks never trailed and used a 9-0 run early in the first half to make it 20-10 eight minutes into the game and Oregon didn’t look back. It built up a 48-30 halftime lead and outscored the Broncos 58-45 in the second half.

Now the Ducks will turn their attention to Memphis, who boasts the No. 1 recruiting class from last season under second-year coach Penny Hardaway. The Tigers did make news this week when top recruit James Wiseman was declared ineligible by the NCAA due to benefits he received from Hardaway before he was the Memphis coach.

But then two hours later, a judge granted an injunction that allowed Wiseman to keep playing. The 7-1 center is expected to be the top NBA draft pick next June. It’s still unclear if he will be able to play against the Ducks in two days, but as of Saturday night, Wiseman is still eligible to play.