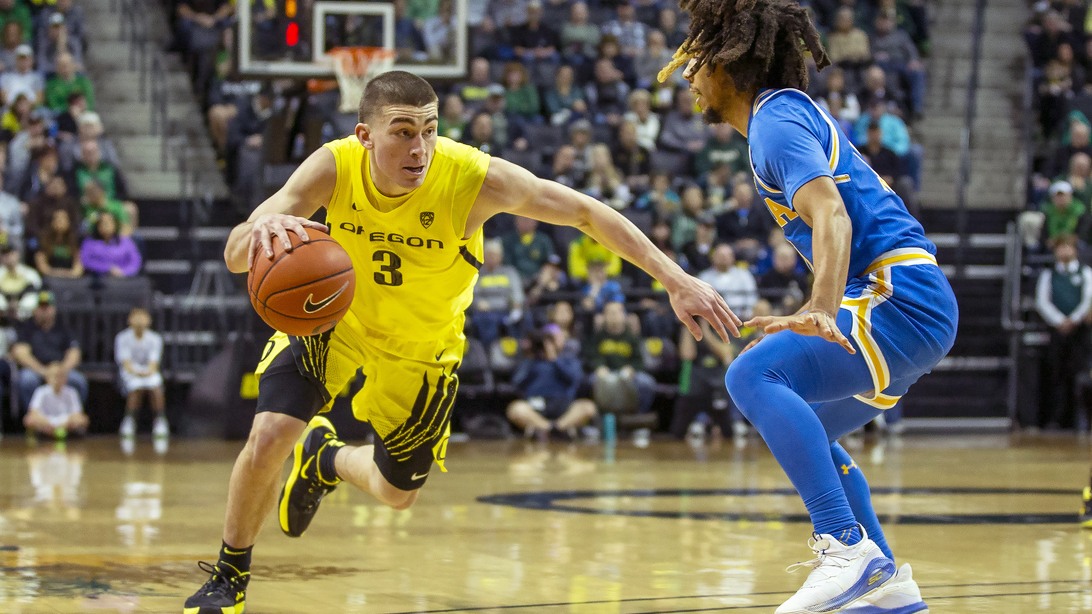 The Ducks stole the ball 15 times and forced 23 turnovers as they crushed UCLA 96-75 in front of 9,309 inside Matthew Knight Arena.

Chris Duarte led the way with 24 points, six rebounds and five assists for Oregon. It completed a great weekend for the junior college transfer who is sure to get Pac-12 Player of the Week honors after pouring in 31 points and eight steals in a win over USC three days earlier.

Payton Pritchard added 19 points, six assists and five rebounds with Will Richardson bouncing back with 16 points after being shut out against the Trojans.

“Chris is a special talent. He’s athletic and can shoot it when he get going,” Pritchard said of his backcourt mate. “Defensively this week he’s shown what he’s capable of. So now we have to hold him to that standard because this team needs that.”

Jake Kyman led the Bruins with 20 points. Jalen Hill added 16 and Jaime Jaquez, Jr. poured in 10, but it wasn’t nearly enough to upend the hot-shooting Ducks.

Oregon experienced its best shooting game in quite some time. The Ducks were 32-of-56 (57.1 percent) from the field and 11-of-23 from long range. They even seemed to solved their free throw shooting problems. Coming into the game, the Ducks were near the bottom of the conference from the charity stripe, but today Oregon sank 21-of-24 from the line.

Both teams traded hoops for the first five minutes and then the Ducks took complete control of the contest with a 14-0 run to take a 21-9 lead. That initial run was too much for the young Bruin team to take. Oregon eventually took a huge 43-18 lead with 3:02 remaining before halftime and the Ducks would just cruise from that point on.

UCLA would cut the deficit to 56-41 on David Singleton’s three with 14:35 left, but that was the closest the Bruins would come.

It’s a stark contrast from a team that waltzed into Corvallis and took care of the Beavers 62-58 just three days before. UCLA turned the ball over just 12 times at OSU, but in Eugene, the Ducks’ pressure defense led to 34 points off of turnovers and that is just too much for most teams to overcome.

Now the Ducks go back on the road with a couple of tough games in the Bay Area. Cal is first on Thursday before going on The Farm on Saturday to face Stanford.

The Ducks and Bears are scheduled to tip it off at 6 pm televised on the Pac-12 Network.