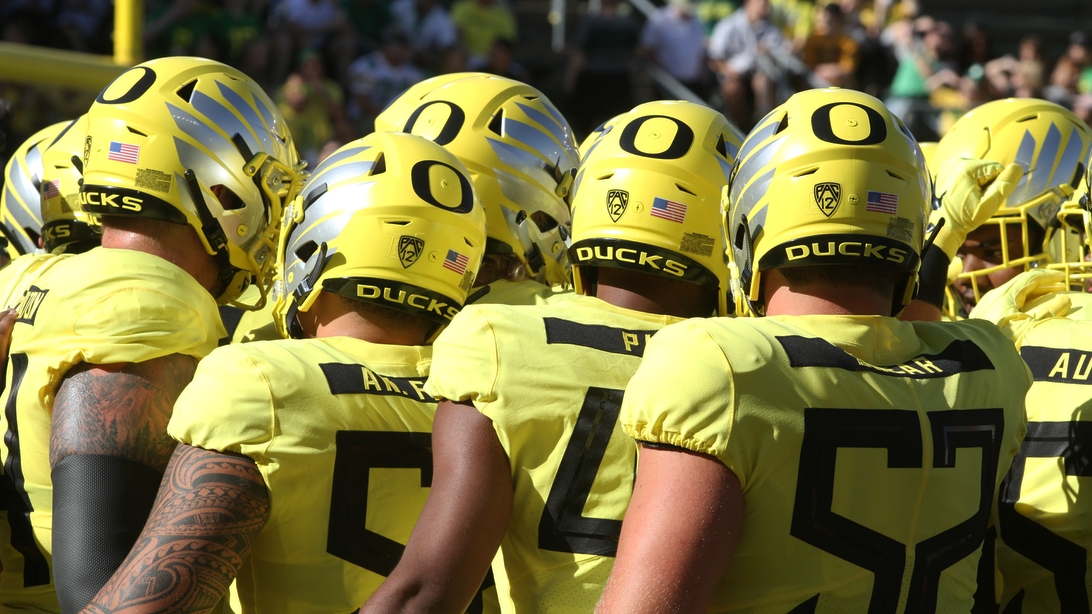 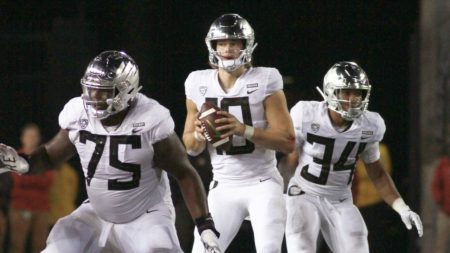 To most fans, the Redbox Bowl doesn’t ignite the imagination of the Rose Bowl and certainly not the College Football Playoff. But for a team like the Ducks, it can be a jumping off point to what could be a magical 2019 season.

In the weeks leading up to the bowl game, the Ducks have always received good news for next season as quarterback Justin Herbert announced he would indeed come back for his senior season.

“It’s tremendous news,” Oregon coach Mario Cristobal said of Herbert returning to Eugene for one more season. “He’s arguably one of the best players in America. More importantly, it’s a guy that doesn’t feel like he’s arrived. He prides himself on improvement. He prides himself on getting himself and those around him better.

“So to say that we are thrilled is the understatement of the year.”

Herbert coming out to say he will be a Duck for four seasons led to a domino affect of other players also announcing they will also come back for one more season. Offensive linemen Jake Hanson and Calvin Throckmorton have also said they will pass on the NFL Draft and return to school.

With those returnees, Oregon should be set up to have one of the most potent and experienced offenses in the country in 2019. Only receiver Dillon Mitchell and linebacker Troy Dye haven’t as of yet committed to be in Eugene for next season.

But that’s 2019. Here in the present of 2018, the Ducks will go into this bowl game as healthy as they possibly can be. Tony Brooks-James is the only player that will have to sit out due to injury. Everyone else is good to go and Oregon will definitely need all hands on deck for this one.

Awaiting the Ducks in San Francisco is Michigan State, a team that finished 7-5 overall and 5-4 in the Big 10 East Division. They’re biggest win was at Penn State Oct. 13 when they managed to upset the then No. 8 Nittany Lions 21-17.

The score of 21-17 seems to be a shootout for this Michigan State team. They don’t score a lot of points, but the defense is as stingy as it gets.

Defense usually wins the day in the Big Ten Conference and the Spartans are one of the reasons why. Michigan State was third in the conference giving up just 311 yards per game, which is good for 14th nationally. They are first in the nation in rushing defense, giving up just a measly 81 yards a game.

Michigan State is “just” seventh in the conference in pass defense, allowing just 230 yards a game. That stat would lead to a higher ranking in most other pass happy leagues, but not the Big Ten.

So in other words, this might be the best defense Oregon has faced this season.

The Spartans will feature two players on defense that were selected to the First Team All-Conference. Lineman Kenny Willekes and linebacker Joe Bachie. Defensive back Justin Layne was on the Second Team and lineman Raequan Williams as well as defensive back David Dowell were Third Team selections.

“This is one of the best defenses in America, period,” Cristobal said. “They do everything a top running-stopping defenses has to do. They’re big and physical up front. The linebackers are experienced, well-coaches guys who are also physical.”

Oregon feels like its better prepared for this bowl game than it was for the Vegas Bowl last season. The Ducks were in the midst of a huge transition as coach Willie Taggart left and Cristobal was left to be in charge of salvaging a recruiting class as well as preparing for a game and easing the tension of current players.

While they did their best to make their way through what Cristobal called “a controlled chaos”, the bowl game suffered as the Ducks lost 38-28 to Boise State.

Oregon just signed one of the top recruiting classes in the nation and can put 100 percent of its effort into defeating Michigan State.

“The players have done a good job (preparing for the Spartans). It’s very easy once you look at the opponent, just when you mention the name of the opponent and then you watch them on tape, there are no distractions,” Cristobal said.

Michigan State and Oregon are set to kick off the Redbox Bowl Dec. 31 at noon and it’s televised on FOX.