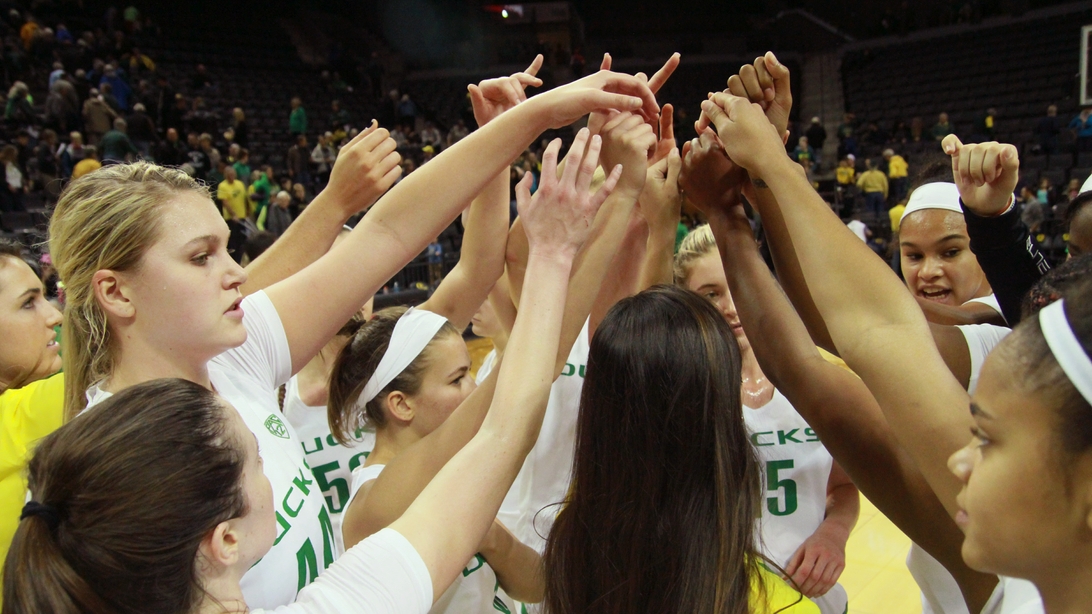 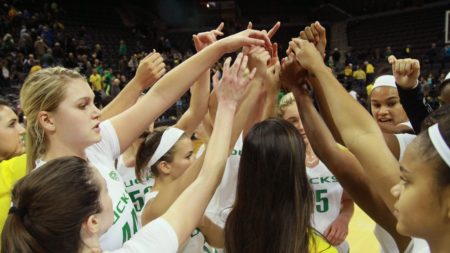 With expectations never before shouldered the University of Oregon women’s basketball team will open the 2018-19 season with a visit to the hometown of one of the key reasons the Ducks are in flying in uncharted territory.

The University of Alaska Fairbanks Nanooks will host homegrown talent Ruthy Hebard and the 3rd-ranked University of Oregon Ducks to kick off the most anticipated season in program history.

Back-to-back elite eight appearances for the Ducks have set that stage. The first rodeo was a treat – an Oregon team dominated by freshman putting all the lessons of a Pac-12 season to use in a run through 5th-seed Temple, 2rd-seed Duke and 3rd-seed Maryland – all on the road – before falling to UConn.

A year ago that momentum carried over into the third Pac-12 regular season championship in program history, a first ever Pac-12 tournament championship and another elite eight appearance with Notre Dame ending Oregon’s season in Spokane 84-74. That both Connecticut and then Notre Dame both went on to the championship game – with the Irish claiming the national crown last season – is not lost on those that set the expectations the Ducks will carry.

And with more than just a little justification. Guard Sabriina Ionescu along with forward Hebard – the freshman that head coach Kelly Graves brought in to spearhead the program makeover three seasons ago – are as talented a front court/back court combo as can be found. 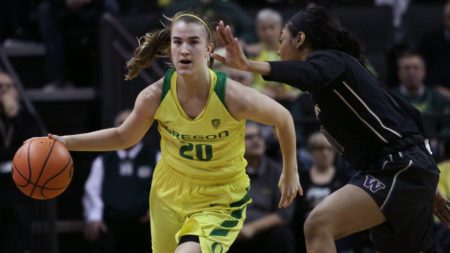 Ionescu (19.7 pts, 7.8 assists) has wowed from the moment she set foot on campus – winning national freshman player of the year awards, all Pac-12 recognition and international team appearances.

Every step of the way Hebard (17.6 pts, 9.0 rebounds) was right at her side, developing a deft touch around the rim and turning in double-double stat lines at a regular clip, winning a spot on both the Pac-12 all-conference and all- freshman teams. 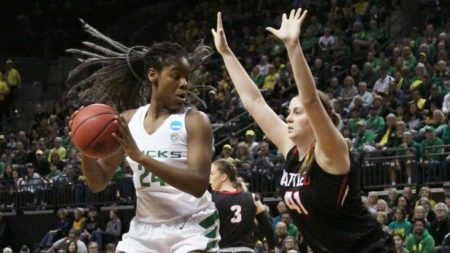 When you are able to begin piecing things together for a 35-40 game season, those are two really good pieces to begin with.

Other than God-given talent and work ethic, perhaps the most important factor in the rapid success the pair has enjoyed is thanks to Spanish import point guard Maite Cazorla. With a year under her belt when Ionescu and Hebard arrived on campus, Cazorla (10.9 pts., 4.8 assists) has the perfect combination of unselfishness and savvy to put each of them in a position to enjoy early success. 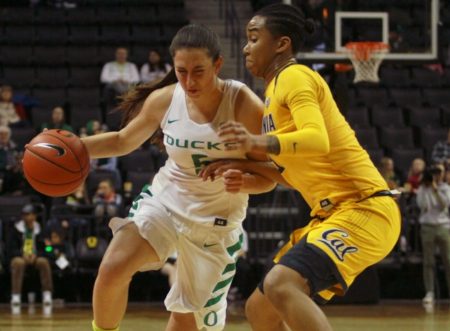 Like Cazorla, senior forward Oti Gildon absorbed Graves’ system as a freshman and gave the Ducks immediate depth and strength on the boards. As a junior, Gildon logged 530 minutes of relentless hustle and was arguably at her best come tournament time with a pair of double digit scoring efforts when the lights were the brightest.

While Graves and the Ducks were putting up serious numbers on the court, the staff has been equally proficient on the recruiting beat, adding quality players to round out a versatile and lethal roster.

Another European import provided Graves with more athleticism and a perfect complement to the rest of the mix. 6’ 4” forward Satou Sabally earned a spot in the starting five early in the 2017-18 season, ending up with 29 starts, averaging 10.7 points and 3.8 rebounds, garnering Pac-12 freshman of the year honors in the process. 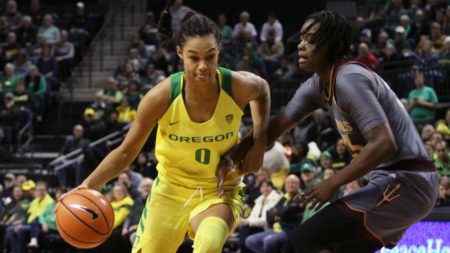 In what turned out to be  a two-fer, Sabally’s highly regarded younger sister Nyara followed her to Eugene as a member of 2018 recruiting class. Unfortunately, a knee injury suffered playing for the German national team will force the younger Sabally to redshirt this season.

Taylor Chavez, a 5’10” point guard from Surprise, Arizona was Graves’ only other incoming freshman recruit. The Arizona 6A classification player of the year will benefit from Cazorlas’ mentoring and will be expected to grow into her role quickly.

Another new face isn’t really that new a face. Erin Boley transferred from Notre Dame at the beginning of the 2017 season and was required to sit out a year before competing for the Ducks. But that year was spent absorbing Graves’ system and familiarizing herself with her teammates. The 2016 Gatorade High School Player of the Year the redshirt sophomore will step right into the vacuum created when four year starter Lexi Bando graduated.

As a result, role players Morgan Yaeger and Lydia Giomi will be tasked with providing depth and minutes off the bench this year. Yaeger was sidelined with a back injury for her sophomore year after picking up an average of just less than 10 minutes of playing time per game as a freshman.

An injured wrist cost Giomi her freshman year but in a reserve role as a sophomore she appeared in 20 games for the Ducks.

If there is an Achilles heel to the Oregon roster it would be injuries. With nine scholarship players, the Ducks could ill afford to lose anyone to injury. Historically Graves has gone seven or eight deep on his bench and that will certainly be the case for the coming campaign.

Still, it was little surprise the Ducks were tabbed as the favorite when the conference pre-season rankings were announced (below), followed by a best ever #3 ranking in the opening national polls.

After Hebard’s homecoming party in Fairbanks, the Ducks will open their home season hosting Syracuse at Matthew Knight Arena on Saturday, November 10th. The non-conference schedule includes a trip to face Michigan State in East Lansing and will feature the Ducks hosting SEC powerhouse Mississippi State on Tuesday, December 18th.

Conference play will get underway on Friday January 4th, 2019 when the Ducks will host the Washington Huskies. In a new wrinkle for the 2018-19 calendar, the annual conference tournament will move from Seattle to join the men’s tournament – albeit one week earlier – in Las Vegas, Nevada beginning Thursday, March 7th.