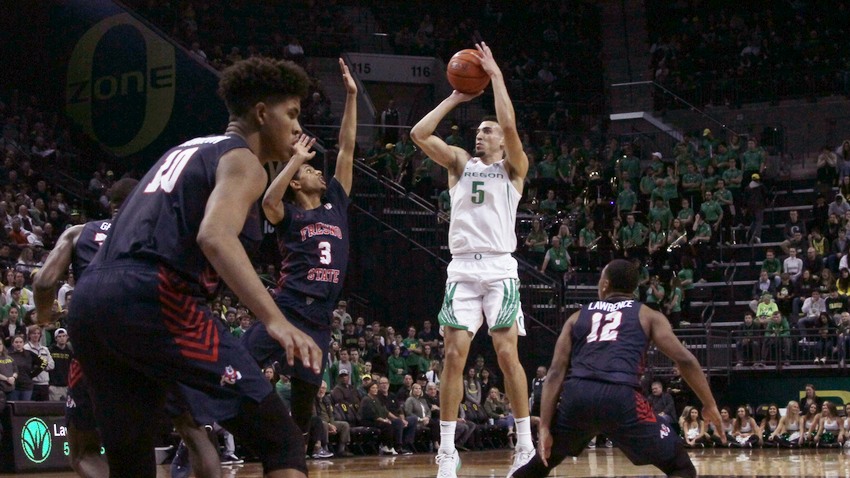 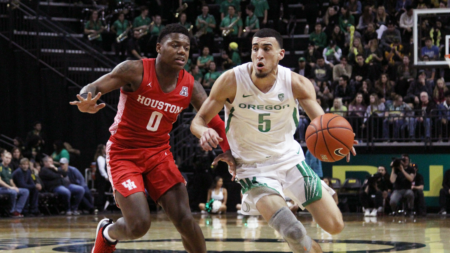 Chris Duarte made his way to the Oregon campus as a transfer from Northwest Florida State, a junior college just south of Alabama in a small coastal town of Niceville where just over 14,000 reside. Last season after leading the Raiders to the NJCAA elite eight in his sophomore season he was named the 2019 national player of the year, creating quite the buzz in Eugene with a new look roster for the upcoming season.

Duarte grew up in the Dominican Republic but played his high school basketball in Northfield, Massachusetts originally committing tot Western Kentucky after being recruited by northeastern schools such as Seton Hall and Syracuse. After some complications with eligibility Duarte enrolled at NWFS and after one season he committed to the University of Oregon in September of 2018 but needed to remain in school to become eligible to transfer to a D1 school. In his sophomore season he averaged 19.4 points and 7.8 rebounds, raising his numbers from 12.1 points and 6.7 rebounds during his freshmen campaign.

Duarte brings size and floor spacing to the Ducks offense as the 6’6” guard was one of the best shooters in the NJCAA last season shooting 54.1% from the floor and an astonishing 40% from three point land. Not just a long range specialist his ball handling ability allows him to attack the rim.

The tall combo guard allows head coach Dana Altman to use Duarte in a variety of roles adding to Duarte’s opportunity to earn playing time.

Minutes will be distributed between returning guards Payton Pritchard and Will Richardson with transfer Anthony Mathis – a high school teammate of Pritchard at West Linn. Mathis adds another sharpshooter on the perimeter.

Duarte’s physical play and rebounding ability, a knack for finding open spots on the floor and in constant motion away from the ball is a nice fit to the rotation..

As Oregon has opened the season with three straight wins Duarte has struggled a bit with his shooting touch but aside from Anthony Mathis who is shooting an unconscious 72.2% from behind the arc, so have the rest of the Ducks.

Currently only 3 for 11 from behind the three-point line the shots Duarte has taken have been good looks within the offense and as he grows more comfortable in his role those shots should start falling.

In his last outing against Memphis at the Phil Knight Invitations, Duarte banged up a knee but the injury is not thought to be serious. With three games in three days his availability will be a key as the Ducks face a strong bracket in the Battle 4 Atlantis holiday tournament in Nassau, Bahamas.